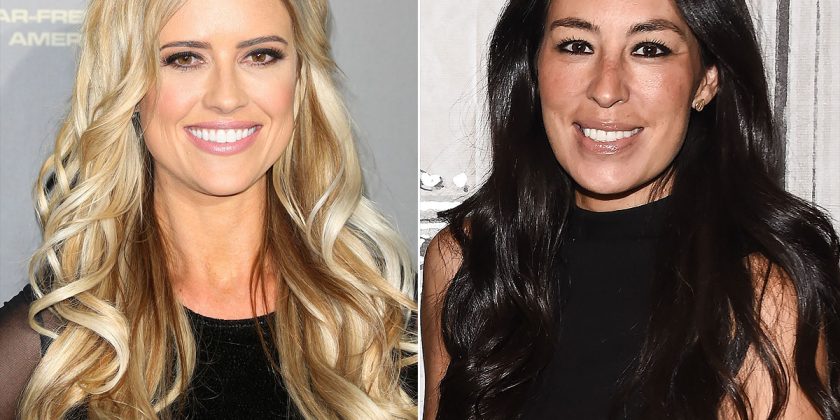 Christina El Moussa is shutting down any and all rumors speculating that there’s an alleged feud between her and former HGTV headliner Joanna Gaines.

“What a load of bulls—. I’ve never commented on a tabloid EVER (and have swallowed a load of s— from these tabloids),” the Flip or Flop star, 35, captioned a photo of an issue from InTouch magazine with a headline that read, “HGTV’s Joanna & Christina: It’s War.”

“This is disgusting. I have always been a huge supporter of female entrepreneurs… #girlboss is my motto,” El Moussa continued.

“Nothing but respect for @joannagaines #goodvibesonly,” she concluded.

Joanna, whose show Fixer Upper ended after five seasons, has yet to comment on El Moussa’s post.

Meanwhile, El Moussa’s boyfriend Ant Anstead simply commented with a facepalm emoji, to which the mother of two replied with her own facepalm emoji.

RELATED VIDEO: Chip & Joanna Gaines Are Returning to TV with Their Own Discovery Network

The speculation of an alleged feud between the HGTV stars comes after news that Joanna, 40, and husband Chip Gaines are returning to TV with their own network.

“I just wanted to make a quick announcement, we are coming back to television. You are going to get to see the kids grow up, you are going to see us, well maybe a six-month delay like the rest of the world, but we are excited to be back,” Chip, 44, said during their Nov. 10 appearance on The Tonight Show Starring Jimmy Fallon.

“I think we’re really going to carve it out in a way that really makes sense to us and our families,” the father of five said. “It’ll be filmed a lot in Waco, Texas, so we don’t have to travel a whole lot. All things being equal, we could not be more excited.”

Magnolia spokesman John Marsicano also confirmed the news in an exclusive statement to PEOPLE: “We’re excited to share that we are currently in the early stages of talking with Discovery about a lifestyle-focused media network for Magnolia. The details surrounding this opportunity remain a work in progress, but together, our hope is to build a different kind of platform for unique, inspiring and family-friendly content.”

Meanwhile, El Moussa and ex-husband Tarek El Moussa are continuing to build their empire on HGTV. In August, the pair announced their show had been renewed for season 8 with 15 new episodes.

“Look for Season 8 to premiere in Spring 2019. We want to make it the best season yet,” she wrote on Instagram at the time.