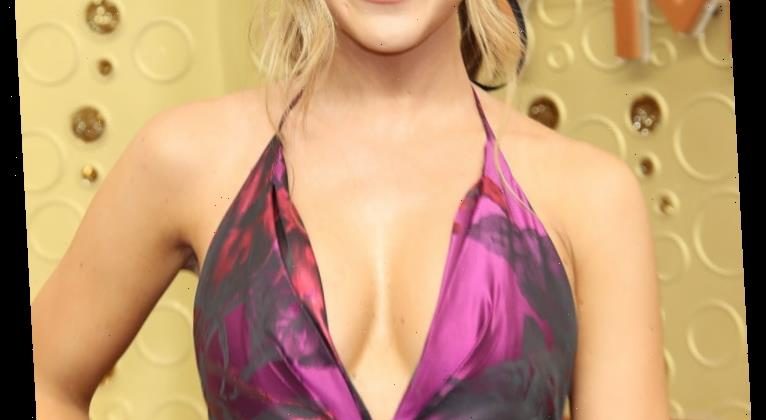 Chrishell Stause is ready to get back to work on Selling Sunset.

The actress and celebrity real estate agent, 39, says she and her co-stars will soon shoot the fourth season of the Netflix reality series, which was recently renewed for two more seasons.

"We're gearing up — we're excited about two more seasons, obviously," says Stause, who just teamed up with TJ Maxx and Marshalls to redecorate her Hollywood Hills home. "I think because of COVID protocols, it takes a lot longer to get everything in place, but we will start filming very shortly."

Despite the ongoing COVID-19 pandemic, "the real estate market is going crazy right now," the former Days of Our Lives actress says, "so I've actually been having my hands full with a couple of deals."

She's also remained close with some of her Selling Sunset co-stars and colleagues at the Oppenheim Group, including Mary Fitzgerald, Heather Rae Young, Amanza Smith and Jason and Brett Oppenheim.

"It's just been hard because of COVID and everything," Stause says. "Every time I have seen them, it's such a precaution to get all the testing — but then it's so fun because you get to hang out and see everybody."

After all of their drama on-screen and off, Stause confirms that she still no longer has a relationship with Christine Quinn. Quinn — who is expecting her first child with husband Richard Christian — recently called out Stause and other Selling Sunset co-stars for not liking her pregnancy announcement on Instagram.

Stause says that while she has no ill will toward Quinn, she did not feel the need to unblock Quinn on the social media site to like the post.

"Listen, I wish her well. It came up on my feed [on a news outlet's account], I liked it. I'm happy for her. I truly want the best for her, but I'm not going to do this performative act to unblock someone and then like a post," Stause says.

"We had things that happened behind the scenes that were worse than what happened on camera, so it's just better for everybody. Let's keep it professional," she adds. "It is what it is; I'm not going to do a fake performative thing and make a show of something. But like I said, no ill will — I truly am happy for her, and I wish her nothing but the best." When season 3 of Selling Sunset ended, Stause was still reeling from her surprise split from This Is Us actor Justin Hartley, who suddenly filed for divorce in November 2019. Since the pair finalized their divorce in February and Stause recently split from Dancing with the Stars pro Keo Motsepe, fans are eager to know if any of her co-stars will set her up in season 4.

Don't count on it, Stause says.

"I don't know how to do blind dates," she says with a laugh. "I think the key in life is to keep an open mind, so I will always try no matter what happens — in business and relationships, everything — because I don't ever want to be close-minded. That being said, that's just not where my focus is right now, so I'm just going to keep focusing on my business and everything that's going so well and I'm so proud of. But I'm going to keep an open mind to whatever it may be in the future."