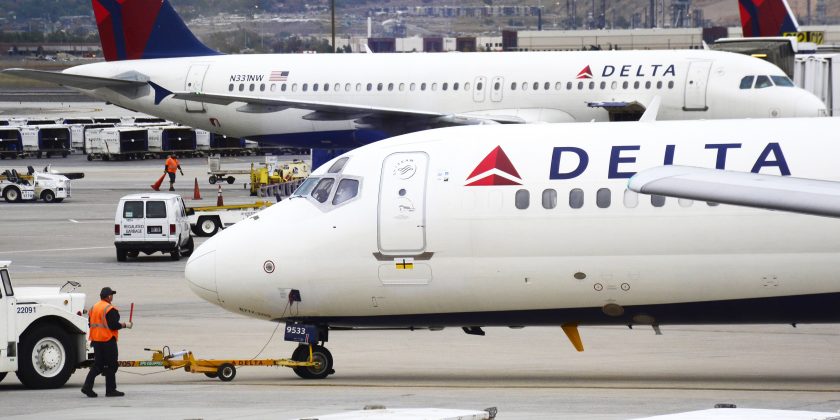 A Boston physician is slamming Delta Air Lines after she claims two of its flight attendants racially profiled her while she was trying to help a fellow passenger who was having a panic attack.

Dr. Fatima Cody Stanford told CNN that she was flying to Boston from Indianapolis on Tuesday when a woman sitting next to her started hyperventilating and shaking.

Stanford told the outlet, while attempting to stabilize the passenger, she was approached separately by two flight attendants, who questioned her credentials even after she provided them with her medical license.

RELATED: Ryanair Passenger Whose Shocking Rant Was Caught on Video Defends Himself: ‘I’m Not a Racist’

The experience was “bewildering,” she said. “The validity of me as a physician is being called into question.”

Stanford, who is an obesity medicine physician, scientist, educator, and policy maker at Massachusetts General Hospital and Harvard Medical School, according to the Boston Globe, recounted the series of events to the outlet.

After her seat mate told her that she was suffering from a panic attack to due to a fear of flying in small planes, Stanford attempted to calm the woman. “I was trying to talk to her like she was my friend,” she told the Globe. “A lot of things were triggering for her, and my goal was to make her as calm as possible.”

Stanford was soon approached by a female flight attendant who asked if she was a medical doctor, she told the outlet. She responded “yes” and showed the woman her medical license. The flight attendant then replied, “So you’re not a head doctor,” Stanford says. It’s not clear if she was asking if she was a psychiatrist or neurologist, or if she was a senior figure in her job. After that attendant left, a second approached and asked for her license again. After receiving the document, she asked, “This is your license?” before walking away.

Delta emailed and called Stanford, she told CNN, as well as publicly responding to one of many messages Stanford sent the company’s official Twitter account since the alleged incident occurred.

“I am so sorry for your frustration Dr. Stanford,” Delta tweeted. “Please know that Delta does not condone discrimination for any reason and we take your comments very seriously. We are looking into further and will be reaching out to you directly.”

In a statement provided to PEOPLE, Delta said, “We thank Dr. Stanford for her medical assistance onboard Republic flight 5935 IND-BOS, and are sorry for any misunderstanding that may have occurred during her exchange with the in-flight crew. Moving forward, we are following up with our connection carrier partner to ensure their employees understand and consistently apply the policy.”

The statement also notes that “Delta changed its policy for providing medical credentials in 2016.” The brand and its partners “no longer [require] medical credential verification and will secure a professional’s help based on the volunteer’s statement that he or she is a physician, physician assistant, nurse, paramedic or EMT.”

Their public response, one that uses language consistent with other apologies Delta has tweeted, did not address some of the specifics of Stanford’s claim.

“I am very disappointed that your policies on #Diversity have not lead to any change,” she tweeted on Tuesday. “As a #blackwoman #doctor who showed my #medical license to help a passenger on DL5935 your #flightattendant still did not believe I was a #Physician.”

“#Biasinmedicine is VERY present in everyday life,” she said in one message — writing in another on Wednesday, “This is such a shame! We can’t continue on like this. We are #physicians!“

“It is unfortunate,” she wrote. “As a native of #Atlanta it is sad to see that even with my medical license on board, I was asked, ‘So is this YOUR license?’ “

A representative for the airline shared a policy with PEOPLE that claims, “Delta does not tolerate discrimination of any kind, and we take all concerns raised very seriously.”

“So I spoke with @Delta and I left the conversation quite uncertain that any changes will be made,” she wrote on Twitter on Wednesday. “Summary: flight attendants thought I was a #therapist despite #MDlicense. They will make sure this is addressed.Thanks for being a #skymiles member,” Stanford said. “Really?!$ #iamadoctor.”

Stanford’s complaints have encouraged other to speak out on her behalf. Many have also pointed to a similar incident that happened with Dr. Tamika Cross — an OB-GYN whose account went viral back in 2016 after she claimed that a Delta flight attendant refused to let her help an unresponsive man.

Delta apologized to Cross back then and, according to The Washington Post, issued the policy change that would no longer require medical professionals to provide their credentials before assisting passengers.

“Have you learned nothing from the Dr. Tamika Cross incident??” one of Stanford’s supporters asked Delta on Twitter. “Dr. Stanford is one of the most accomplished and talented physicians I know. Shameful!”

Coincidentally, Stanford had recently attended a conference in Boston at which Cross was the keynote speaker.