There are several different species of jasmine, and they can be climbers or shrubs with fragrant flowers. According to the Royal Horticultural Society (RHS), some are hardy, while others need protection from low temperatures. The most widely grown species include the common jasmine, winter jasmine and the Chinese jasmine. The RHS also shared top tips on pruning the stunning plant.

The experts explained: “Pruning annually will help to keep jasmine plants healthy and vigorous, with flowers lower down where their scent can be enjoyed.

“Pruning may also be necessary to keep them within their allotted space, and prevent the growth becoming too straggly, tangled or congested.

“When pruning both summer and winter jasmine, cut back flowered stems to a strong side-shoot lower down.” Gardeners should also thin out any overcrowded or damaged shoots.

Any weakened or thin stems should also be removed to keep the plant healthy. 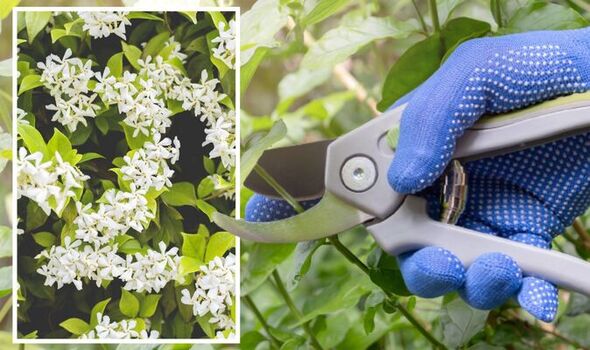 According to the RHS, summer jasmines need to be pruned just after flowering. This tends to be in late summer or early autumn.

The experts added: “Early flushes of flowers are produced on the previous year’s growth, but later flushes form on the tips of the current year’s growth.

“Pruning after flowering gives the new growth time to mature and flower early next season.”

Winter jasmine should be pruned after this because this is usually after it has flowered.

DON’T MISS:
Peat composts to be banned from sale in garden centres from 2024 [EXPLAINER]
How to help the garden recover from heat before ‘damaging’ rainfall [COMMENT]
Homes Under the Hammer buyer adds £130k value to flat in ‘simple’ job [VIDEO]

The RHS continued: “Flowers are produced on the previous year’s growth. Pruning after flowering gives the new growth time to mature and flower next season.”

For gardeners who have a very overgrown jasmine, they may need to perform a hard prune and renovation.

To do this, jasmines may need to be cut back hard to within 60cm of the base. The regrowth will be vigorous, so select strong shoots for training into the new framework.

At the same time, remove any unwanted shoots. The RHS added: “The plant will take two or three years to start flowering again.” 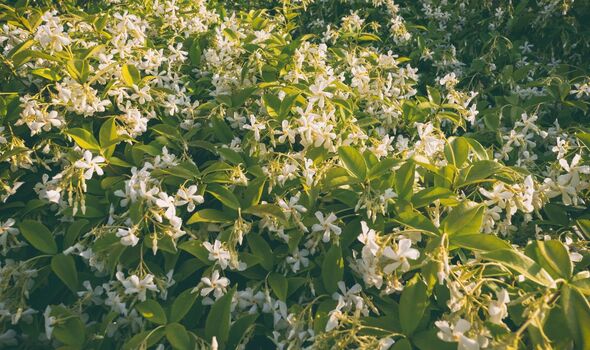 Britons should also be preparing to prune other plants in the garden, including lavender.

William Mitchell of Sutton Manor Nursery told Express.co.uk: “The best time to prune is around five or six weeks before the first frost is due.

“This means that the best time to prune lavender is between September and October.”

Left to its own devices, lavender can become bushy and leggy. 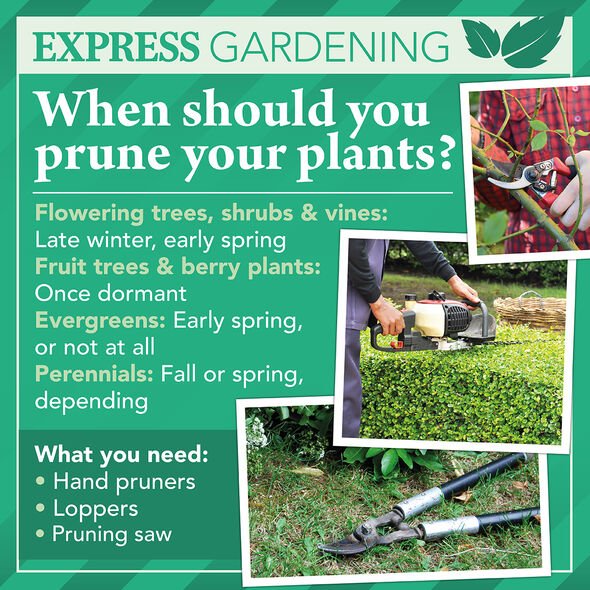 Pruning annually can help to keep its shape and stop it from becoming too big.

The expert added: “It is good to prune lavender around this time so that the pruned areas of the lavender plant have a good amount of time to become established before the harder weather comes in.”

“When pruning lavender, you should simply trim a third of the plant’s growth from the flowering season over summer.

“Try not to cut back too far though as it could make them susceptible to frosts over the winter months.”