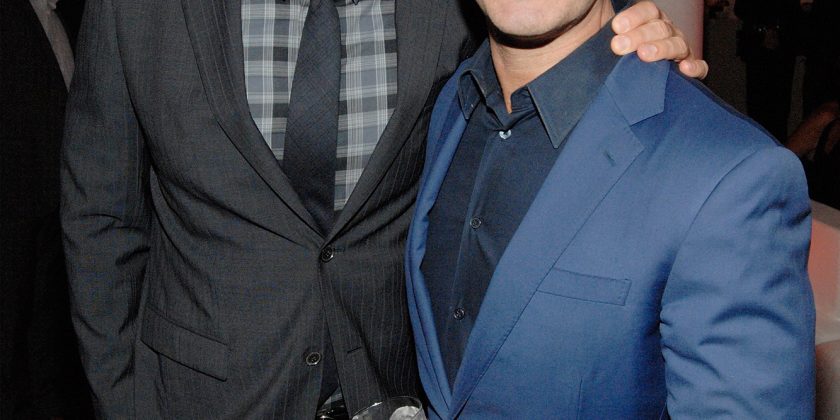 As Flipping Out fans wait to hear whether Bravo will be picking the show up for another season, the network’s former vice president of original programming, Andy Cohen, is weighing in.

Appearing on Lewis’ SiriusXM show Jeff Lewis Live on Tuesday, Cohen, 50, gave insight into how executives might be thinking about the long-running show, which wrapped up its eleventh season in November among a sea of controversy with an episode that showed Lewis and his longtime friend and coworker Jenni Pulos parting ways.

“I don’t follow the ratings of other shows much,” added Cohen — who is still an executive producer on the Real Housewives franchise and runs the SiriusXM channel Radio Andy, which airs Lewis’s show. “I look at mine and the Housewives, frankly.”

Still, Cohen does watch Flipping Out, and did tune in to its season 11 finale back in November. “The last episode of Flipping Out felt like a series finale to me,” he said. The episode also happened to be titled ‘The Final Flip’ by producers. “It felt like the final episode of the series Flipping Out. Like the most depressing way that the series could ever end.”

In the finale, Lewis, 48, and Pulos, 45, got into an explosive fight — Lewis later terminating Pulos’ employment at his house flipping and interior design firm, Jeff Lewis Design.

Since then, Lewis and Pulos haven’t spoken at all, their relationship exploding into controversy with Lewis alleging that Pulos hadn’t worked for for him for “years” and claiming that she had filed claims of wrongful termination, abuse and victimization against him.

The mother of two added that she was blindsided when he let her go from Jeff Lewis Design. “I had no idea it was coming,” Pulos said.

Lewis previously said on Jeff Lewis Live that his contract with Bravo was not renewed before an Oct. 15 deadline, though later clarified that his contract’s expiration doesn’t necessarily mean the show had been cancelled. Meanwhile over 50,000 people have signed a petition to get Flipping Out another season.

A rep for Bravo has told PEOPLE that no official decision has been made as to Flipping Out‘s future.

Lewis said on Tuesday that he was still interested in returning for another season.

“The viewers, do they just accept that [last episode]? I think there are a lot of people who would be interested to see, where do we go from here,” he said. “Let’s say we do a season 12 — if they want to follow Jenni and what she’s up to and they want to follow us, I’m open. I’m totally open to this.”

Cohen wasn’t against the idea, but he reiterated again that the decision wasn’t up to him. “I’m not in charge of programming at Bravo,” Cohen added. “It has nothing to do with me. I’m happy to talk about the radio, but I have nothing to do with Bravo. I really don’t have any say.”

Fans who have been paying attention to the drama surrounding Flipping Out‘s eleventh season know that it’s been a rocky road for Lewis and Cohen.

In October, Lewis read text messages on air that were allegedly sent by Cohen, claiming that Cohen was angry about a photo Lewis posted telling fans his contract wasn’t renewed.

Reading those alleged messages aloud apparently annoyed Cohen further. “You’re such an a——,” Lewis claimed Cohen texted him halfway through the show in response.

Any bad blood between he and Lewis seems to be gone now.

“Let’s just put it this way, I’ve tried really hard to be an advocate,” he told Jeff on Tuesday. “It’s in my best interest for everybody to get along. Do you understand? I don’t want to be in the middle of this. I think you’re casting me as someone who is not on your team. I’m on your team. Which is a frustrating team to be on.”

In the end, Lewis said he just hoped that his track history made up for any problems he may have caused.

“The last 11 years, I’ve been a pretty good team player. So you got to overlook!” he said. “There’s been a blip in the radar. There’s 10 and a half years of model behavior.”

And if Flipping Out doesn’t come back? “I’ll go anywhere,” Lewis said. “Anyone who’s hiring.”