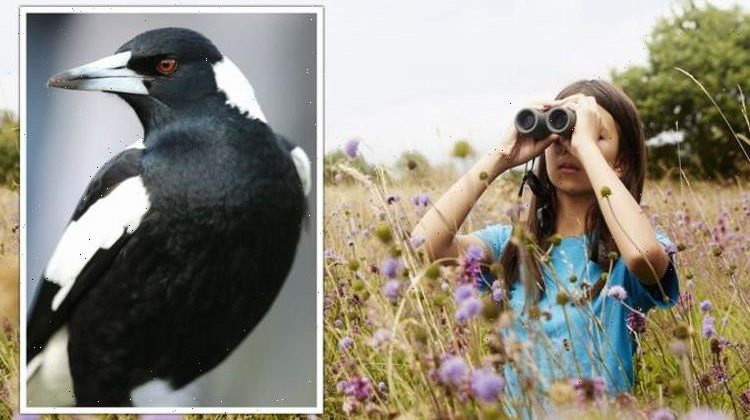 Conservation biologist: We should improve habitats to help birds

The Royal Society for the Protection of Birds (RSPB) is getting ready for Birdwatch 2022 taking place this weekend. Over the course of Birdwatch, eagle-eyed Britons are encouraged to keep track of all the birds they spot between January 28 and 30. From the data sent in by British birdwatchers, RSPB is able to compile lists of the most-spotted birds in Britain. What are the ten most common feathered visitors to British gardens?

According to the results of the RSPB’s Birdwatch in 2021, these are the ten most common birds in Britain.

The long-tailed tit is a noisy visitor to your garden, they can be spotted by their distinctive stripes of pink and purple feathers and their famous long tail.

Long-tailed tits are found all over the UK, apart from in the most northern parts of Scotland.

There’s no mistaking Mr Magpie when you see his majestic black and white feathers, as well as his famously beady eyes.

Colourful goldfinches get their name from their bright feathers and can be recognised by the red feathers around their beak.

Their pleasant and melodic song is instantly recognisable and these seed-snackers can’t resist a visit to a well-stocked bird feeder.

The green and yellow great tit was once a woodland bird but is increasingly spotted in urban areas and gardens.

Amongst other tits, these birds have an aggressive reputation and have been known to peck away other birds who get too close to their feed.

Britain’s favourite bird, the red-breasted robin, is a rare but welcome visitor to the garden.

Known for their inquisitive nature, these birds may be closely associated with Christmas but they can be spotted all year round.

Both the UK’s largest and most common pigeon, wood pigeons are big grey birds that are considered a bit of a nuisance by most Britons.

DON’T MISS:
Boiler trick that could save you ‘huge amounts’ on energy bills [TIPS]
‘Could save you hours this year’: Gardening ‘jobs’ to do in February [INSIGHT]
Britons make fortune with rare plant sold at Lidl and B&Q  [UPDATE]

Blackbirds’ appearances differ depending on whether you’ve spotted a male or female bird.

Male blackbirds are black all over whereas the females are brown with spots or stripes.

Blackbirds can be recognised by the orange ring around their eyes, as well as their tuneful song.

These quick and spritely birds, both in flight and scurrying along the ground, are the third most common garden visitor.

Noted for their speckled feathers and pointed beaks, starlings can be bossy little birds.

Dazzling in their bright yellow and blue appearance, blue tits are the second most common bird to visit British gardens.

According to the RSPB, during the winter blue tits travel in flocks, so if you see four or five at a time at your bird feeder, up to 20 more may be dining in your garden regularly.

House sparrows may be the most common bird spotted by Britons, but their population in the UK is thought to be declining drastically.

The phrase “one man’s trash is another man’s treasure” is apt for the sparrow, who will cheerfully scavenge amongst your scraps.