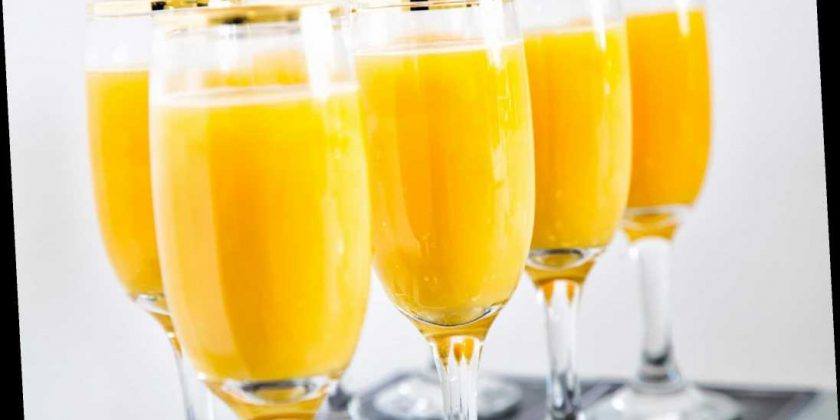 A woman is reportedly smiling once again after accidentally knocking out her front teeth after one too many mimosas, assuring concerned commenters that she’s okay after footage of the fail went viral.

Recording a recent outing with friends, TikTok user Autumncathey6 posted video from what appeared to be a bottomless brunch, sharing shots of each drinker admitting how many of the morning cocktails they’d had.

MAP REVEALS MOST POPULAR COCKTAILS ACROSS US DURING PANDEMIC

“This is me after four mimosas,” Autumncathey6 said with a giggle inside a restaurant.

“This is me after eight mimosas,” a man said, bending an elbow. Three other companions answered the silly question, and Autumncathey6 confessed to having “seven mimosas.”

Then, the camera cut to Autumncathey6 and another bruncher at an outdoor plaza, with the TikToker stepping off a small monument and on to the man’s shoulders.

“Oh s—, she’s getting on his shoulders,” a man filming said with a chuckle, as others behind the camera laughed.

“This is so not good!” a woman exclaimed.

The onlooker’s prediction was prophetic, as the camera cut again to a shocked Autumncathey6 in the front seat of a car, looking upset with bloody gums and at least three front teeth missing.

“It’s okay, it’s okay,” a friend said, as another else joked “Smile babe!”

Though the TikToker appears to have removed the brunch blooper from her page, the clip trickled to Twitter on Tuesday, where it has since been viewed 3.8 million times. Viewers were concerned with the woman’s wellbeing, and demanded answers.

Twitter user Fernvdoo, who uploaded the now-viral video, shared a screenshot of an alleged conversation with the TikToker (before she pulled down the post) to ask how she was doing.

“I’M FINE!!” Autumncathey6 insisted. “They put the teeth right back in and put glue across my whole upper row of teeth!”

Now, it’s safe to say that OJ and champagne have probably put a bad taste in her mouth for the foreseeable future.

“Bottomless mimosas are a drug,” the woman allegedly warned in the video clip, per Insider.