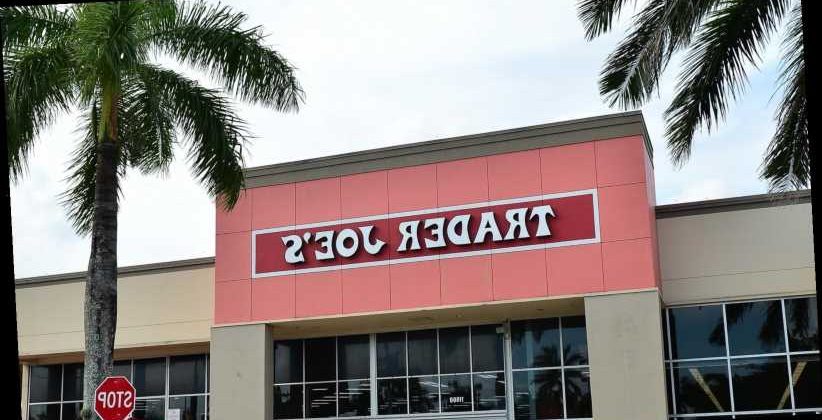 You know you’re an adult when you get genuinely excited about a trip to the grocery store, but it’s easier to stomach if it’s one as good as Trader Joe’s. Not only does the store have a signature style of Hawaiian shirts (who wouldn’t love that?) but the prices are affordable due to TJ’s propensity to cut out the middle man, and the store features a rotating cast of fun and trendy items available for sale. As a small store, Trader Joe’s keeps their offerings limited, so everything on the shelves has earned its place there through its sales record (per Bustle). While this sometimes means that fan favorites disappear quickly, it also means that something new could be coming that’s even more exciting. Here are a few products that shoppers can’t get enough of to add to your list next time you go.

If eating more vegetables is a culinary goal of yours, you can’t skip these Butternut Squash Zig-Zags. Not only do they take all the hard work out of navigating butternut squash, they’re the perfect size and shape to replace cravable carbs like pasta and fries, but they’re loaded with nutrients, since they’re just what they say they are: butternut squash. It’s no wonder that PopSugar cites them as a surefire shortcut for healthy meal prep. You can even turn them into a truly decadent gluten free “mac” and cheese with a sage-infused Gruyère sauce for the ultimate comfort food with this recipe from Make It Grateful.

And speaking of comfort food, Trader Joe’s Cinnamon Bun spread is an ooey gooey delight that seasonal shoppers can’t wait to stock up on. Described in Trader Joe’s Fearless Flyer as “The best parts of a cinnamon bun, simplified into a singular spread,” Trader Joe’s suggests spreading it on toast and pancakes, or spooning it over ice cream. We think it makes a fine addition to other baked goods too, as a filling for coffee cake, swirled into cheesecake, or as a base layer for pumpkin pie. One thing is for sure though, this seasonal delight will leave the shelves soon after the holidays, so stock up now if you want it on your oatmeal for the rest of the winter.

Another seasonal offering you’ll want to snap up are the Candy Cane Joe-Joe’s. I mean how many cookies can boast their own Facebook page? The genius of the Candy Cane Joe-Joe is simple — the TJ’s proprietary incarnation of “milk’s favorite cookie” features a peppermint flavored creme filling between two chocolate biscuits. The creme filling also has shards of candy cane in them adding a simple but satisfying extra crunch. The Kitchn notes that it would be easy to polish off a whole box without really noticing, especially during a holiday movie binge. Pro tip: There are also Peppermint Joe-Joe’s covered in chocolate and flecked with bits of candy cane for an extra festive treat.

Let’s not forget our freezer section all stars, the ones that are there for you year in, year out when you just don’t feel like cooking but need something reliably delicious. Trader Joe’s Mandarin Orange Chicken is the culinary equivalent of a Volvo in terms of reliability, and customers love it. “Trader Joe’s Mandarin Orange Chicken is still King” said buyers, when voting it their Favorite Entree in the 11th Annual Customer Choice Awards. It’s been in the freezer section since 2004 so you know it has to be good, but the TJ’s Blog recently added a new boss preparation move involving a wok for making it even better.

Trader Joe's Everything but the Bagel Seasoning

No round up would be complete without mentioning this year’s winner of the Customer Choice Awards: Everything but the Bagel Seasoning. It takes a pretty special spice to win best overall product when the competition is so stiff, but this little shaker of onions, garlic, poppy seeds, sea salt, and sesame seeds was in it to win it. Epicurious recommends it as a rim for a Bloody Mary or the star of a compound butter, Bustle suggests using it as a seasoning for roast chicken, tuna steaks, or burgers, and Eating Well likes it on snacks like popcorn, toasted pumpkin seeds, and crispy chickpeas. At $1.99 a bottle, it’s hard to find a more affordable font of culinary inspiration.