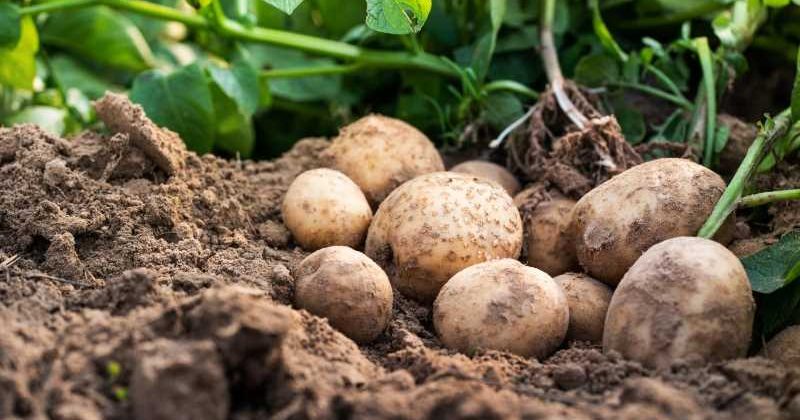 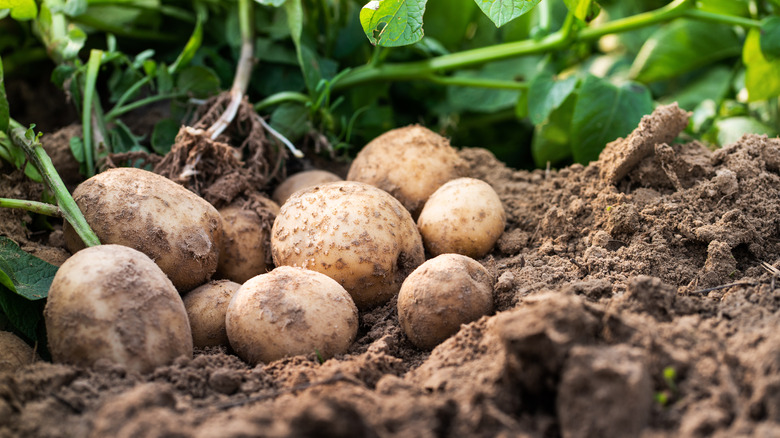 We Americans sure do love our potatoes; we enjoy them in the form of chips, french fries, loaded baked potatoes, boiled in stews, mashed with butter, and virtually every preparation one can imagine. In fact, they have been ranked as America’s favorite vegetable several years in a row (via Spudman). But it’s safe to say that while we eat potatoes almost any way they are served, most of us have likely never tried to eat one raw.

Interestingly, raw potatoes boast higher levels of Vitamin C and resistant starch than cooked potatoes, which makes them higher in health benefits (via Healthine), and so some folks might be tempted to try gnawing on some uncooked wedges. But as it turns out, the higher nutrients may not be worth the potential risks. Raw potatoes can be difficult to digest and cause gastrointestinal upset, thanks to that resistant starch. While it does provide health benefits, this type of starch in high amounts can cause a great deal of gas, leading to discomfort and bloating.

There is, however, a scarier risk associated with eating raw potatoes. 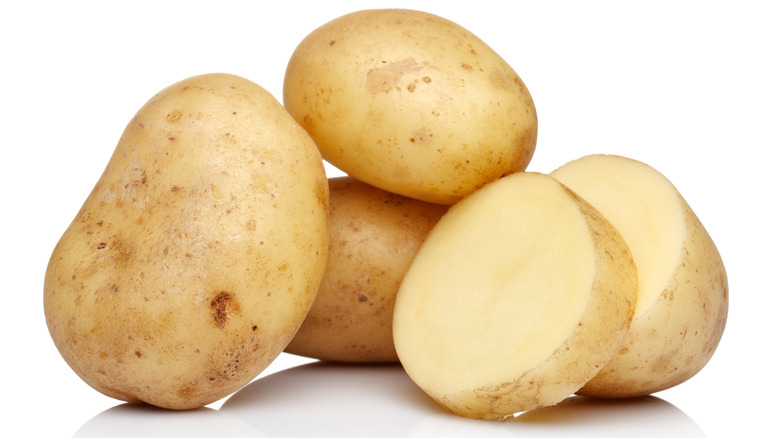 While being gassy might be enough of a reason for you to reconsider chomping on a raw potato, there is another risk involved, which, while more rare than stomach upset, is also more severe (via My Recipes). The potential issue comes from a toxic compound known as solanine. This can cause nausea, headache, diarrhea, and in the most severe cases, it can cause death. While most fully-grown and ripe potatoes contain only traces of this compound, once a potato has been exposed to sunlight or stored for a long period of time, it will begin to turn green and grow sprouts, at which point this compound is most assuredly at toxic, dangerous levels.

Also, like any raw food, there is a risk of bacterial contamination where it comes to consuming raw potatoes, especially since these root vegetables are grown completely in the soil underground. So, if you decide you want to try raw potatoes, it is a good idea to thoroughly wash them and perhaps even peel them before eating, especially since no heat source will be used to kill lingering bacteria.

While Healthline says raw and cooked potatoes in moderation can both be parts of a healthy diet, it is important to take precautions based on these potential dangers.