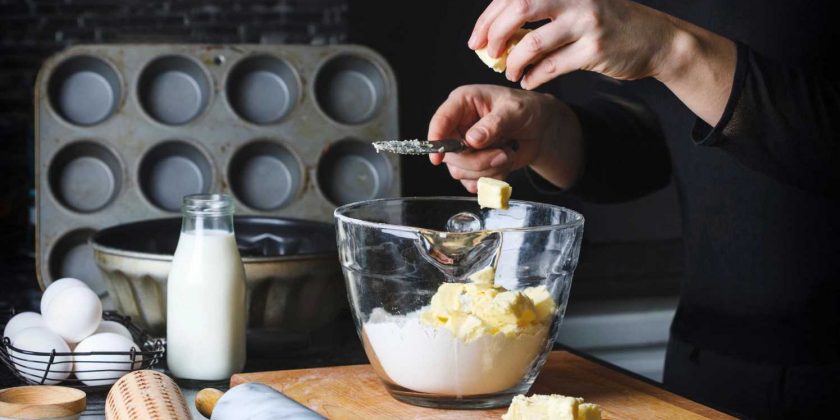 Regardless of whether you love to bake, you’ve probably tried your hand at a cake or two, or at least a batch of cookies or brownies. And if you read the recipe closely (a must!), you likely noticed that it called for your butter to be at a specific temperature. Some batters call for room temperature butter, while others call for melted or brown butter.

Most of us don’t have the patience to wait for a rock-hard stick of butter to come to room temperature, so we either beat it into oblivion hoping it’ll soften (which never works) or we try to melt it just a little in the microwave (which also never works).

Obviously these instructions exist for a reason, and your final baked product will vary depending on the state of your butter at the start. Here’s a little more about why that is, and how to make sure your baked goods come out exactly as you want them, every time.

“What you need all depends on what you’re trying to accomplish,” said Dave Arnold, host of “Cooking Issues” and head of the food science lab Booker and Dax. “If you want a cakier brownie [or cookie], you’re going to cream butter and sugar together. You’re using the structure of the butter to incorporate air into the batter.” 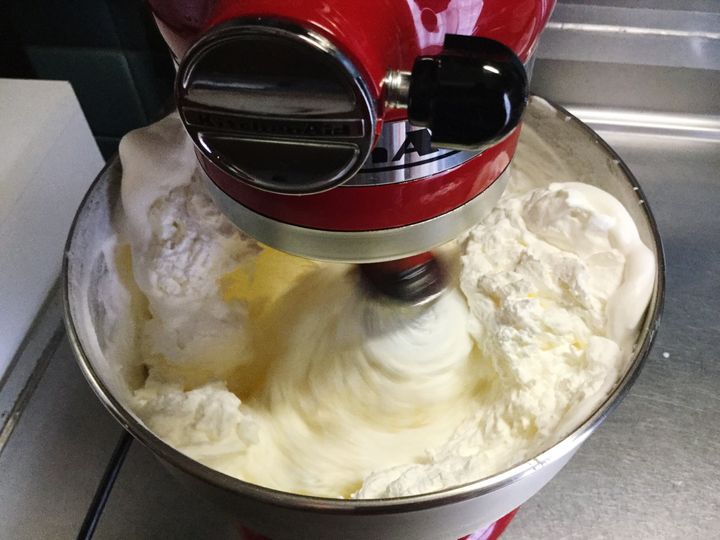 The basic science behind this structure is simple: “Solid butter is an emulsion,” Arnold said. But, whereas cream is an emulsion of fat molecules suspended in liquid, Arnold explained butter as the opposite — “a block of fat with water molecules suspended in it.” When you cream this emulsion (whip it together with sugar), you’re adding air to it as well. All of that together is what leads to a fluffy, cakey texture.

If you melt the butter, you break the emulsion, meaning the fat and water separate from each other and there’s no way to cream the butter. This isn’t necessarily a bad thing, but it makes for a different end product. If you want fudgy brownies or crispy cookies, melted butter will do the trick. Or, if you’re cooking with butter only for the flavor, melted is best and easiest, Arnold said.

Butter needs to be soft in order to be properly creamed

Melted butter can’t be creamed because it’s lost its emulsification. On the other hand, too-cold butter can’t be creamed because it’s just too hard to work with. “Just as a stick of cold butter is terrible for spreading over toast, so too is cold butter unsuitable for creaming,” said Stella Parks, James Beard Award-nominated pastry chef and author of “BraveTart.” “It’s too physically hard to spread and manipulate the way we need it to.”

That said, the “room temperature” direction in recipes isn’t exactly correct, either. “I’m not a big fan of ‘room temperature’ as a concept because it’s so troublingly vague,” Parks said. “Room temperature in July is very different in Arizona versus Vermont.”

Your “room temperature” butter should actually be close to 65 degrees Fahrenheit, but you don’t need to be thermometer-exact. Parks described the ideal temperature as “pliable but cool.” Essentially, it should be cool enough that it’s not at all melted, but soft enough to cream in a mixer without getting clumpy.

All of this is a pretty inconvenient truth. How many times have you noticed just before starting a recipe that you need room temperature butter, only to realize your butter is sitting in the fridge?

Great news: There are ways to speed up the butter softening process

“I don’t generally soften my butter passively (leaving it out for hours on end), but rather soften it in the microwave,” Parks said. “In my microwave, an 11-second burst at full power is perfect for softening a stick of butter, but it can take a good deal less (or more) time in other machines.” If you’ve never done this before, it might take a little trial and error to get your butter texture and temperature exactly right.

Arnold goes a different route. If he needs to cream butter straight out of the fridge, he’ll hit it, still wrapped (to minimize mess) with a French rolling pin several times until it’s relatively flat. (If you’re doing this with a regular rolling pin, make sure you hold it by the thick part of the rolling pin itself and not the handles, which could bend). This will warm it slightly, as well as plasticize it. “Then when you’re creaming it out, the pre-plasticizing makes it so a mixer can readily cream it.”

At the end of the day, you shouldn’t be too worried about getting your butter to the exact right temperature for baking. Just make sure it’s soft and pliable enough to work with, if your recipe calls for the butter to be creamed. And, if you aren’t going for that airy, cakey texture? Go ahead and melt your butter. 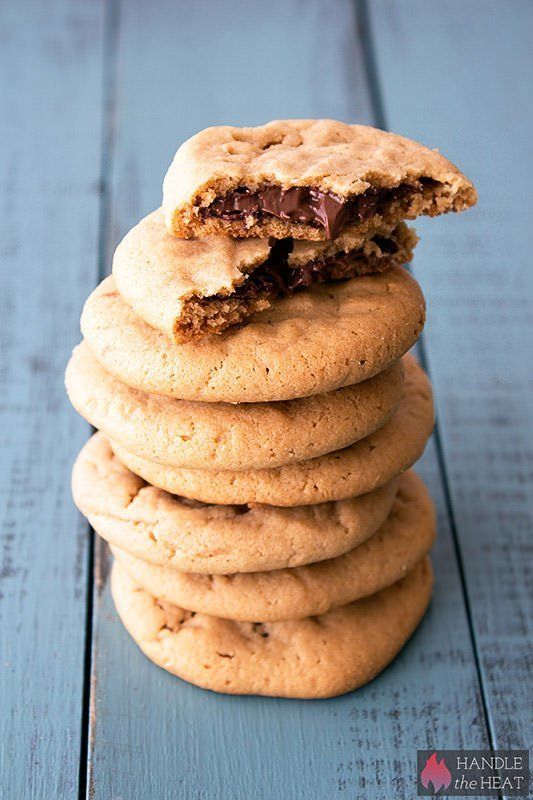