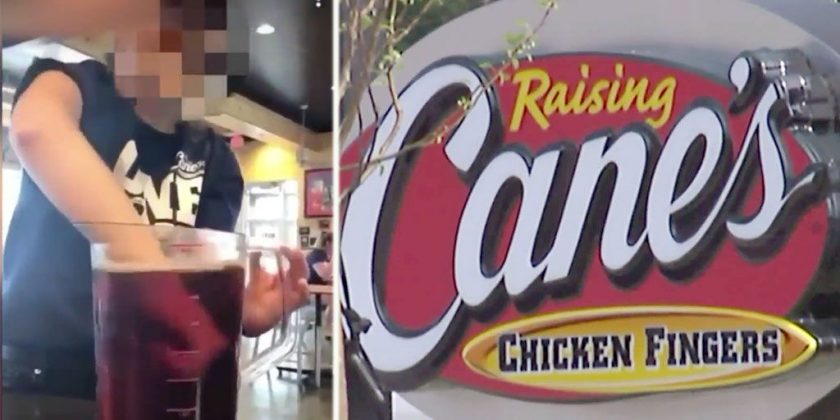 Two employees were fired after a video went viral showing a worker using her arm to stir tea that is then poured into the dispenser.
(FOX40)

Sometimes you happen upon a story that leaves you asking – what were they thinking? And this year saw its fair share.

A side of spit 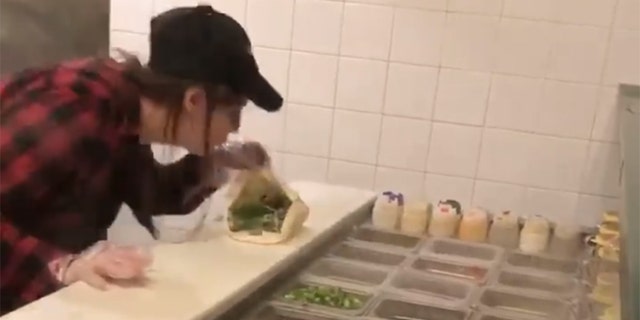 A video has gone viral showing a Pita Pit employee spitting on a customer’s sandwich after an altercation.
(ShaeLynn Facebook)

A Pita Pit employee in Missoula, Mont. was terminated after a Facebook video showed her spitting on a customer’s sandwich.

The video, which went viral shortly after the altercation, which is said to have taken place at 3 a.m. on a Saturday morning back in March.

In the recording, the customers are heard “daring” the employee to “do it” moments before the woman spits in the pita sandwich she is making. The altercation escalates with the customer throwing the sandwich and the employee trying to climb over the counter.

It is unknown what sparked the altercation. ShaeLynn, who uploaded the video and claims to be one of the customers, alleged the confrontation started because “this racist [employee] spit in our food because apparently she was having a bad day and didn’t wanna[sic] be at work!” 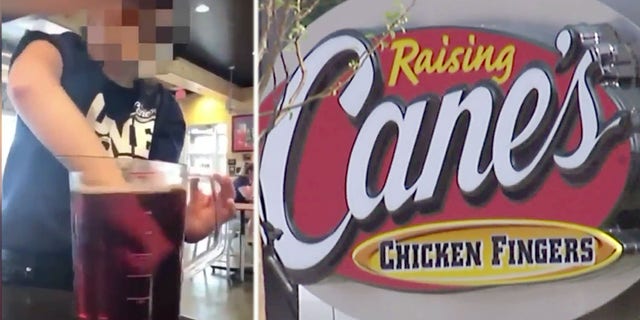 Two employees were fired after a video went viral showing a worker using her arm to stir tea that is then poured into the dispenser.
(FOX40)

A video of a Raising Cane’s employee stirring tea with her forearm went viral online, resulting in the termination of those responsible.

The video was taken inside the Kansas City, Mo., location of the fast-food chain and then posted on social media with phrases written over the clips reading "Don't drink tea from Cane's" and "She tryflin cause we don't care no more."

In the video, a female employee is seen stirring tea with her forearm in a pitcher and then pouring the drink into the tea dispenser.

The restaurant quickly fired the two employees and released a statement promising to “ensure additional training for all Crewmembers."

Straight from the bar

A grocery store shopper went viral after he was recorded by a fellow shopper at an unnamed grocery store taking a sample of soup at the hot bar straight from the ladle.

The video, which appears to have originated on Reddit, received swift reactions on social media — most called the video “the scariest” and “disgusting.”

The Reddit user who claimed to have captured the footage added that the video shows the man's second attempt to covertly eat from the hot bar. The witness claims to have notified security right after the footage was shot.

The name of the grocery store was not reported, but one eagle-eyed Twitter user claimed it was likely a Mariano’s supermarket in the metropolitan Chicago area, “based on the Vero coffee in the background and their sushi station in the corner.”

A little something extra 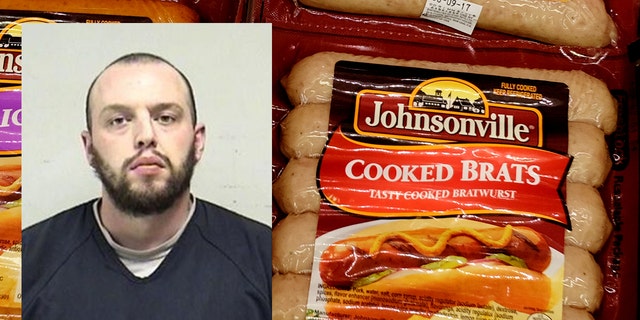 Jonathan Lane was arrested for allegedly tampering with the sausage links at the Johnsonville Sausage plant in Wisconsin.
(Kenosha County Jail, inset; Reuters)

A worker at Wisconsin’s Johnsonville Sausage plant was allegedly caught placing foreign objects into sausage links during his shift.

Jonathan Lane, of Kiel, Wis., reportedly placed a piece of cigarette paper into one link on March 25, and a wire connecter into another on March 28, according to Fox 6 Now.

On both occasions, he pretended to have found the offending bits of trash himself after reporting on the contamination to his superiors, as per the criminal complaint.

A subsequent review of the factory’s video surveillance cameras allegedly showed Lane himself placing the objects into the meat. He was arrested Friday, the Post Crescent reported.

Rat on the barbie

Teddy's Bigger Burgers chain in Hawaii was forced to close its Mapunapuna location and fire two employees after a Snapchat video surfaced, showing a rat being cooked on the indoor grill, the Associated Press reported.

"We are horrified that a former teenage employee would conduct themselves in that way and make such a video of which we are investigating its authenticity," said Richard Stula, the president of Teddy's Bigger Burgers.

The company initiated a "complete sanitization" and is replacing equipment and utensils at the fast-food restaurant after the video was shared with them several days ago, Stula said in the statement.

The Dixie Pig in Oakland Park, had to close its doors and stop sale on pounds of vegetables and ribs after the Florida Department of Business and Professional Regulation cited the restaurant for 14 violations on June 14.

After the closure, several videos of a cook killing rats with a hatchet surfaced, WPLG reported.

"No, don't chop his head off. What the (expletive) is wrong with you?" an employee could be heard saying in the background of the video.

The video clips were recorded by an employee who quit after a dispute with owner Sherrie Gentry over who called the state department to complain about the conditions, WPLG reported. 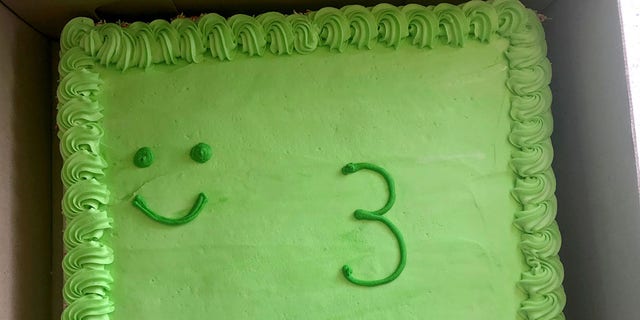 Though maybe not gross, this cake from Australian supermarket Woolworth’s definitely falls under “What were they thinking?”

Shane Hallford and his wife were left “mortified” after they picked up their $35 cake for their son’s frog-themed birthday party and saw one decorator’s unusual and minimalist interpretation of the amphibian.

Shane said he called Woolworths to see if they could fix the cake on short notice, but was told the store didn’t “decorate” cakes.

After the photo of the underwhelming cake went viral on social media, Woolworths reportedly reached out of the family to apologize and offer a $50 gift card for the incident.