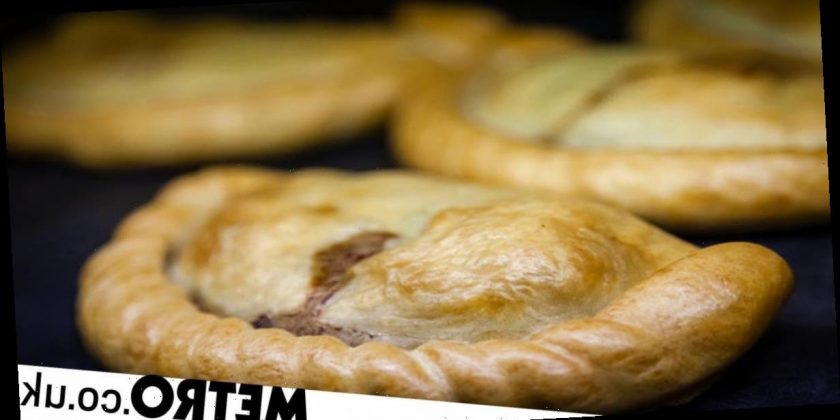 Last night on The Great British Bake Off, contestants were tasked with making their take on a Cornish pasty, using any filling or shape they wanted.

But many people took to social media to say that what they were making was too far removed from the traditional foodstuff.

One person said: ‘Let’s just be clear a Cornish pasty can’t be any pastry, any filling or any shape…as a born and bred Cornish National I am aghast at the despicable treatment of the Cornish National Dish.’

Although the bakers specifically asked to make their version of the pasty, rather than sticking closely to the original, it turns out that there are some very specific criteria you have to meet for something to carry the Cornish name and people really don’t like messing around with that.

What makes a Cornish pasty?

According the Cornish Pasty Association, a genuine one should contain roughly diced or minced beef, sliced or diced potato, swede, onion and seasoning to taste.

The CPA is pretty strict on that and adds: ‘No meat other than beef, and no vegetables apart from those listed can be used in the filling.

So that was why the Bake Off contestants using everything from Toad in the Hole to fish to fill their pastries didn’t go down so well with some viewers.

Traditionally, the ingredients must be uncooked when the pasty is assembled and then slowly baked.

The pastry can be shortcrust, rough puff or puff, but it has to be savoury and able to withstand baking and handling without breaking.

It has Protected Geographical Indication (PGI) status, which means it must be made in Cornwall to be a true Cornish pasty.

What about the crimp?

Traditionally, the Cornish pasty has 20 crimps around the edge.

The Cornish Pasty Association explains: ‘The pasty must be crimped into a ‘D’ shape, with the crimp towards one side and glazed with egg, milk or a mixture of both.’

For the perfect crimp, start by placing the filling on half of the circle and brushing the edge with water.

Fold the other half over the top of the filling and squeeze the edges together.

At the end, tuck the corners underneath.

How to make your own Cornish pasties

Of course, if you aren’t currently living in Cornwall, it won’t officially be a Cornish pasty but if you want to recreate an authentic version of the treat, the CPA has a recipe for you to try.

(rough puff can also be used):