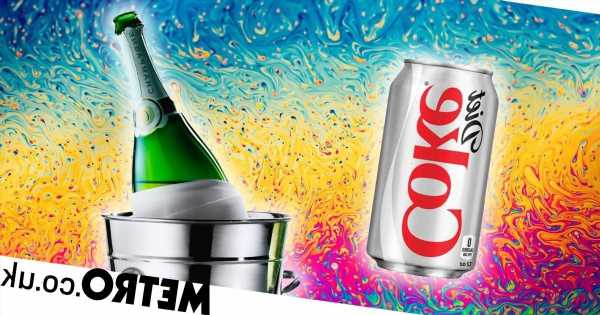 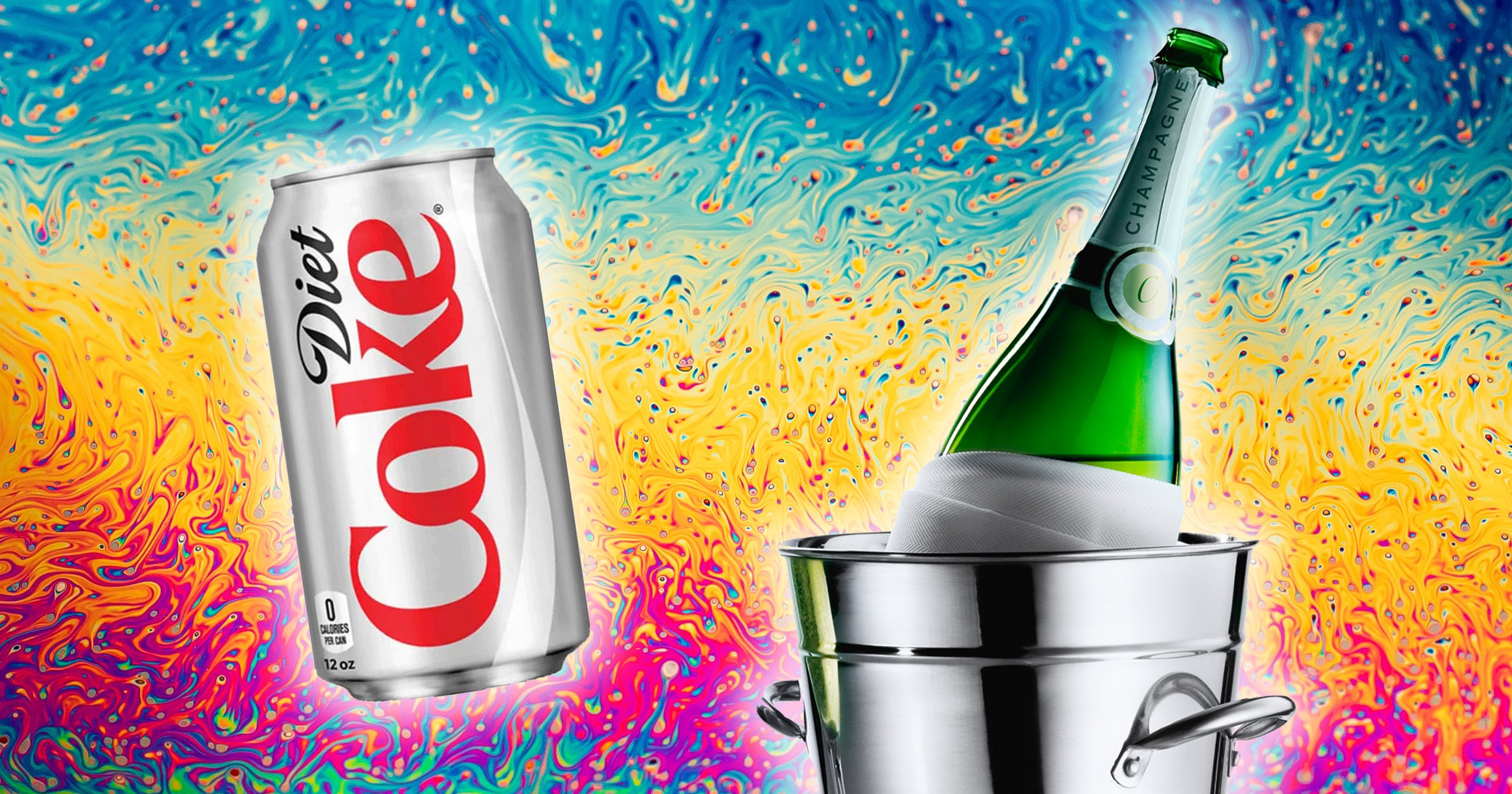 If you were able to name a cocktail more unholy than Diet Coke and champagne, we’d be impressed.

And yet, Tom Hanks, American national treasure, not only admitted to being the one responsible for creating and naming this concoction but also said it’s ‘delicious’ to boot.

Diet Cokagne (yes, we know what that sounds like when you say it out loud, Tom has made that joke already) was apparently invented during this last holiday season.

During an appearance on The Late Show with Stephen Colbert, the actor explained that, rather than being much of a drinker, Tom usually opts for a humble Diet Coke.

But one festive night, when champagne was being passed around, Tom decided to indulge, asking the server to add just a shot of champers to his Coke.

‘Everybody said, “you are insane”,’ the Oscar-winner recalled. ‘I said, “well, I may be insane, but I want to celebrate the season.”

‘So I had a sip of this, and Stephen, it was delicious.’

The host promptly brought out a pre-prepared bottle, glasses, ice and Diet Coke, and the two gave it a try there and then.

In case you want to try it at home, they mixed together approximately three parts Coke and one part champagne.

Suffice it to say, our curiosity was piqued.

We honestly struggle to fathom a stranger alcoholic combination, so we decided to put it to the test.

Read on for not one, but two reviews from Metro.co.uk staff.

Disclaimer: one of our taste testers used prosecco. What are we, made of money?

Jordan Platt, our Head of Social, says: ‘As soon as I poured in the Diet Coke, the prosecco (sorry, we’d already drank the leftover NY’s champagne) turned a murky light brown, like someone had melted mud and managed to convince me to drink it.

‘The taste actually wasn’t too bad – it’s reminiscent of those Coca-Cola ice pops you’d melt as a child and drink out of the packet, overly sweet and only faintly resembling the flavour of actual Coke.

‘The prosecco used was a £5.99 bottle from Sainsbury’s, which may have hindered the taste somewhat, but if we’re assuming that more expensive (and actual champagne) equals better, then it’s good we hit the low budget. You can only go up, huns, and it’s decent cheap, to be honest.

‘In theory it sounds really fun, so there’s every chance this could be The Next Big Thing, but not for me, because the rich caramel and vanilla flavour of Diet Coke completely outstrips the champagne flavour, especially with the ratio of this recipe.

‘But then everyone has different palates – that’s why Tom’s is happy and mine is confused right now!’