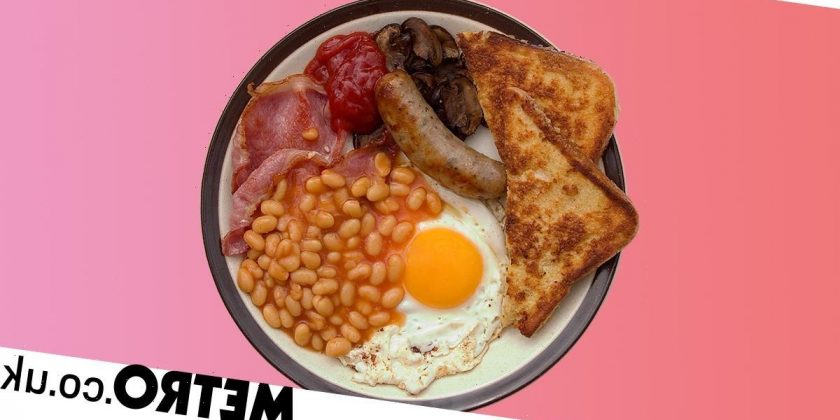 Over four-fifths of the English population say they enjoy a full English breakfast.

But when food production accounts for a quarter of global greenhouse gas emissions, and 11% of UK emissions come from agriculture, it’s time to think critically about how we can reduce the impact of our breakfasts — without compromising on quality or taste.

Our research, originally conducted for a BBC Radio 5 Live investigation, takes a look at how to make your first meal of the day lower carbon.

Cooking at home can account for up to 27% of total emissions for meat products and up to 61% for vegetables. The good news is that a full English breakfast is fairly quick to make compared to, for example, a roast dinner, reducing emissions associated with cooking processes.

The carbon footprint of a full English is also less than a roast dinner, thanks to its staple meats — sausage and bacon — being derived from pork rather than emissions-intensive red meats such as beef or lamb.

But the majority of the carbon footprint of this breakfast still comes from its meat: 34% from the sausage and 29% from the bacon.

The second greatest carbon culprit is usually tomatoes. These contribute about 9% to this breakfast’s total emissions during winter and spring, when they aren’t in season — or if they’re a specialist variety with a lower yield, such as cherry tomatoes.

A breakfast using plant-based bacon substitutes and vegetarian sausage would reduce its carbon footprint by 51%. An average vegetarian sausage has about a quarter of the impact of a standard pork sausage, making it an easy option to significantly reduce the breakfast’s environmental impact without dramatically affecting flavour. This change alone would reduce the breakfast’s footprint by 25%.

For an even lower-carbon breakfast, switching to wholemeal bread, seasonal, local tomatoes and a plant-based spread — which has around 3.7 times less environmental impact than dairy spreads — could reduce its footprint by a further 12%.

If you switched to eating the vegetarian equivalent of a full English every weekend for a year — including wholemeal bread, plant-based spread and seasonal, local tomatoes — by the end of that year you’d have saved the equivalent carbon footprint of a return flight from London to Amsterdam.

You’d have helped your health, too, as cutting down on red meat has been shown to reduce the likelihood of cardiovascular disease.

However, the overall benefits of a low-carbon diet depend on which proteins are used to substitute meat. Not all vegetarian diets are equally healthy for the planet: cheese, for example, can have twice the carbon footprint of pork.

Similarly, plant-based diets have been shown to generally contain more ultra-processed foods. These are foods that go through multiple processes during production, including the addition of numerous artificial ingredients, and as a result tend to have significantly reduced nutritional value. This means the possible trade-off between nutritional quality and carbon footprint should be carefully considered when planning meals.

What about other breakfast foods? A bowl of cereal or porridge is an excellent, low-carbon source of energy, with a carbon footprint about one-tenth that of a single pork sausage.

Fruit is another great source of low carbon energy, as highlighted in Mike Berners-Lee’s book How Bad Are Bananas? (spoiler — not very). Fruits such as berries and grapes typically have about twice the footprint of a banana due to their perishability, so opting for a banana or apple could be an easy low-carbon breakfast switch.

Switching to fruit juices with ingredients that can be grown in the UK, such as apple juice, can help to reduce the impact of your breakfast beverage selection. Even better, make smoothies with surplus, wonky or overripe fruit that would otherwise be wasted, to avoid the emissions associated with landfills.

As with cereal, the environmental impact of tea and coffee depends most on which milk you use.

Although it looks like there’s no such thing as 100% ‘green’ eggs and bacon, making these switches can have a surprising impact on your carbon footprint while still allowing you to enjoy the most important meal of the day.

Fortunately, many of the ways to make our food footprint more palatable have benefits for personal as well as planetary health. But while consumers have a lot of power in designing more sustainable diets, dietary change shouldn’t be our sole responsibility.

Sustainable dietary choices should be supported by action from food producers and supermarkets — for instance, by providing accessible carbon footprint data on food packaging.

Click here to read the original article on The Conversation