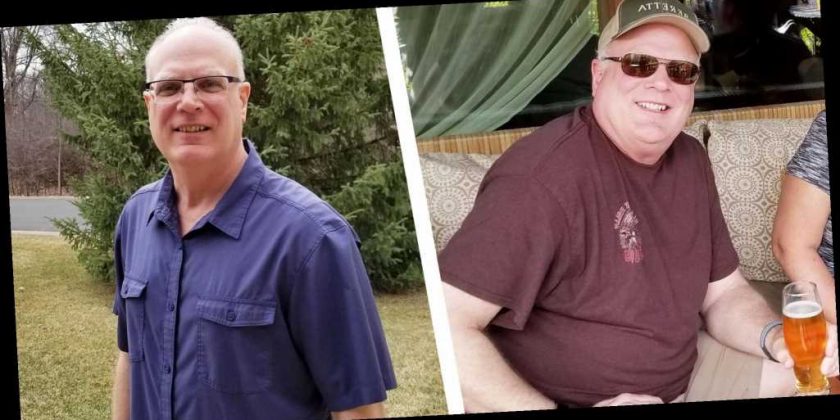 Scott Morton was never concerned about his weight. He enjoyed life, went to the gym for leisurely walks on the treadmill, and admittedly made poor food and beverage choices.

Over time, Morton noticed his clothes fit tighter than normal, requiring him to size up or purchase button extenders to close shirt collars. But it wasn’t until 2018, when the now 57-year-old retired engineer weighed 256 pounds, that he decided to make a change.

“The exact moment of my wake up call to lose the weight was immediately after being rejected to be a kidney donor for my brother,” he says.

Morton’s brother, Jeff, required a new kidney due to complications from kidney disease. At the time, Morton had high glucose and blood pressure, making him ineligible to donate his own kidney. However, doctors said losing at least 28 pounds would improve Morton’s health, and possibly allow him to become an organ donor.

Jeff had been waiting for a suitable donor on the national registry and would need to begin dialysis if no one was found.

“At first, it was mentally difficult to get over the idea that I let myself go and may have screwed up my chance to donate to my brother. I had nothing to lose by trying to re-qualify and everything to gain for him,” he says.

In September 2018, Morton changed lifestyle in order to help his brother. He began the high-fat, low-carb ketogenic diet to lose weight.

“I set a goal of 1790 calories per day, [ate] very low carb, and increased exercise,” he says. I used a Fitbit to track my works out at Life Time [Fitness] on the treadmill for usually one to two hours a day.”

Morton closely tracked calories and carb intake using MyFitness Pal and weighed himself daily. Immediately, he saw results. Although, adjusting to a diet was challenging for the first few weeks, Morton remained motivated. After three months, he lost 42 pounds. In January 2019, Morton received the good news that he could donate a kidney to his brother, and surgery was performed on January 29, 2019.

“I’m so happy for my brother and his wife—now they can really enjoy their retirement,” Morton says. “My motivator was to help my brother live, but this experience also helped me live a better life.”