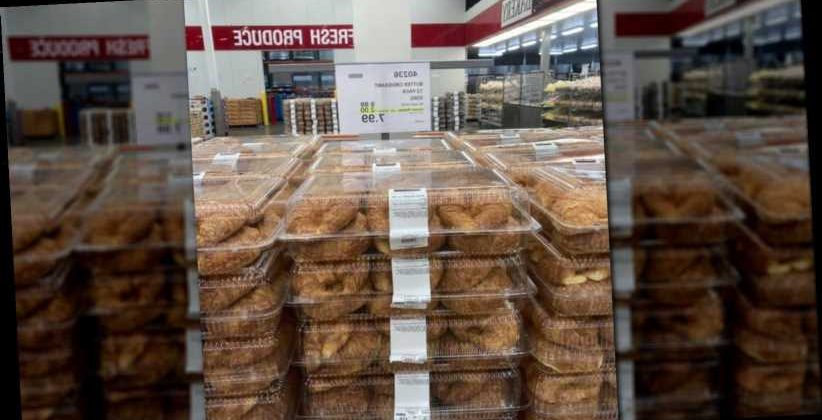 About a year ago, Costco customers started noticing something new in the bakery department, a change that wasn’t entirely welcome. The croissants — a pastry whose very name means “crescent,” now no longer resembled their eponymous shape. Instead, they were more or less straight. Why would they have done such a thing? Well, as with so many things in life, the answer can most likely be found if you just follow the money.

As several astute Redditors pointed out in a thread devoted to this first-world problem, the shape wasn’t the only thing to change about Costco’s new croissants. A package that formerly weighed 32 ounces now weighed just 28, and yet, oddly enough, the price of the croissants hadn’t gone down one bit. Several commenters were pretty disgruntled at this shrinkage, with one saying, “Bean counters are the bane of the free market” and noting that, what with Costco’s membership fee, the company’s playing this kind of trick was likely to drive customers (at least croissant-loving ones) away.

While Costco didn’t exactly trumpet their new (and somewhat trumpet-shaped) croissants, another store in the UK also gave its croissants a similar makeover that they claimed was backed up by product research. According to Tesco croissant buyer Harry Jones (via the Independent): “We spoke to our customers and nearly 75 percent of them told us that they preferred straight ones.” As to the reason for this preference, he cited what he called “the spreadability factor,” explaining: “The majority of shoppers find it easier to spread jam, or their preferred filling, on a straighter shape with a single sweeping motion.” Uh-huh, okay, Harry. No word on whether Tesco’s croissant shape change cleverly concealed a reduction in size as well, but we wouldn’t put it past them (or any other grocery chain, tbh).

Interestingly enough, The New Yorker revealed that croissants in France aren’t always crescent-shaped. In fact, top-of-the-line ones made with butter are straight, while inferior margarine or oil-based ones are curved. This lines up with what a Costco bakery worker disclosed on Reddit, that the new straight croissants are made with all butter, whereas the old ones included some oil. That would have made a great reason for Costco to claim was behind their change. We’re still sticking with the money theory, though, since that 32 to 28 ounce size reduction resulted in a 12.5 percent price increase that more than covers the cost of a little extra butter.