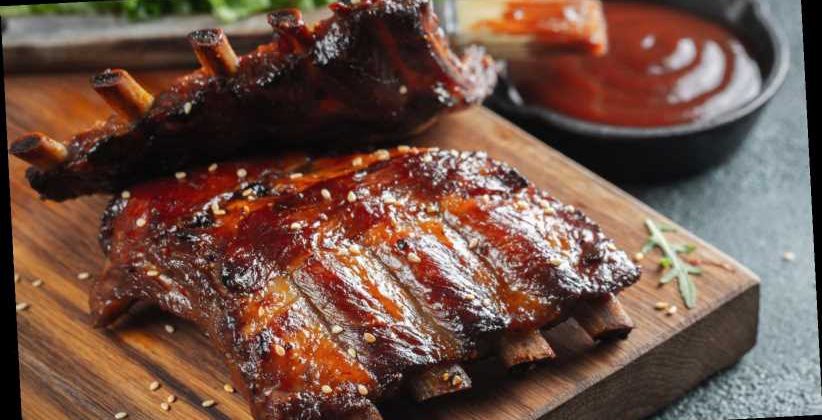 Ribs are a delicious treat for every meat lover out there. While there are various meats for ribs, people usually use pork for the BBQ dish. Meanwhile, there are multiple types of pork ribs — spareribs and baby back ribs are the most common. The spareribs include the bottom section of the ribs up to the pig’s breastbone, while the other form is from the upper part of the rib portion to the back (via The Spruce Eats).

You don’t need to be a professional chef or an expert to cook good ribs. While there are countless notable people who are really skilled at cooking BBQ, anyone can learn and be just as great. Chef Danielle Bennett, an ambassador for Traeger Grills and a BBQ expert who has won numerous awards, does not believe in having a correct way to barbecue. “Everywhere you go, there’s always meat and fire or vegetables and fire. You have all of these different styles. I think it’s neat to embrace them, change them up, and experiment with them,” she said (via the National Post).

Winter is over for several countries, and the warmer months are approaching. That said, juicy burgers and ribs will be a staple for spring gatherings and summer parties. Now is the perfect time to learn how to cook ribs to perfection and avoid the common mistakes that can jeopardize your cooking.

Remove this part of the ribs to make the meat tender

The secret to keeping ribs tender is to take off the membrane layer from the back of the ribs. While it is thin and it is edible, the part can harden when cooked (via Kitchn). For seniors or for someone who can’t eat hard foods for some reason, removal of the membrane can help them chew on the meat better. It may be a small thing, but it can make your ribs ten times more delicious.

To remove the thin layer, turn the meat upside down and start peeling the membrane off. You can use a knife to make things easier and smoother. Start at the ends, cutting the area while pulling on it with your other hand. Simply tug on the membrane and occasionally use the kitchen tool to assist with the removal. Sometimes, it may even slide off from your hand as the thin layer can be slippery. You can use a paper towel to grip the membrane securely. Sounds easy, right?

Pre-cooking can be a necessary step if you want to avoid burnt ribs. The food can taste a thousand times better when it undergoes slow cooking. The process ensures even cooking on all sides and can make the meat more tender. There are several ways to pre-cook the slab, and it depends on what works best for you. The process can be done through a slow cooker, baking in the oven, or boiling (via Real Simple).

When grilling, it is also essential to watch the fire or temperature. Most experts agree on cooking meat over low heat in the beginning and using indirect heat when grilling. They recommend grilling over direct heat only toward the end of your cooking session. However, using charcoal for fire can be intimidating, as the heat can be hard to control. “After lighting piles of charcoal, put the lid on the grill and mostly close the bottom vent. Leave just a sliver of an opening. If you don’t, you’ll cause the coals to burn too fast. Keep the top vent open,” Steve Coddington, owner and pitmaster at Bubba’s Barbecue & Catering, told Detroit Free Press.

High heat can cause a lot of mishaps for your ribs. It can cause uneven cooking and can even make the meat dry. For juicy goodness, listen to the expert.

Add sauce to the ribs from the start of grilling

Some people like to add sauces to their ribs, and, often, sweeteners are included, such as maple syrup, sugar, or honey. When grilling, these ingredients can burn quickly, and the BBQ sauce can turn to char. Poof! All gone.

Whether it’s a wet or dry rub, consider adding the mixture to your ribs toward the end of grilling the meat. Probably around 15 minutes before the ribs are fully cooked. This way, the sauce can heat up and stick to the meat, but not to the point of burning (via Kitchn).

To know when the ribs are ready to come off the grill, an instant-read thermometer can help cooks. According to the United States Department of Agriculture (USDA), the meat’s internal temperature should be at 145°F. However, it is still good to check on the ribs for visual cues. Steve Coddington, a BBQ expert, gave an idea on how the ribs should look like when cooked. The meat “should be a dark red or mahogany, not black charry,” he said (via Detroit Free Press).