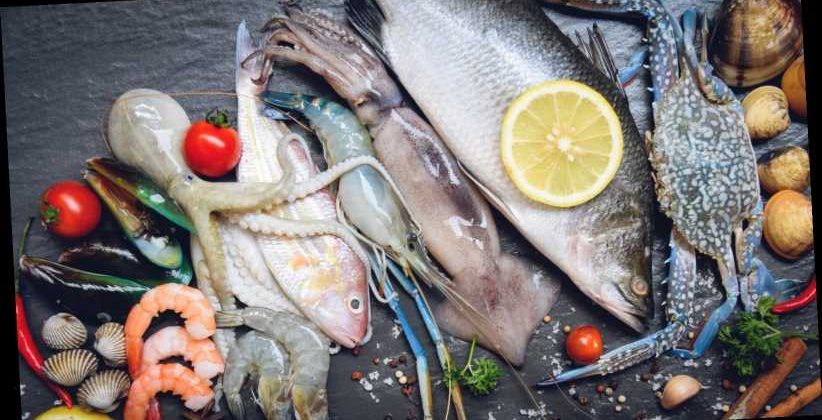 Like your seafood tasty and scandal-free? Then you may want to steer clear of this selection at Aldi, since the discount grocer doesn’t have the best track record.

In 2017, the store’s Sea Queen brand of seafood was caught up in some seriously shady business. It turned out that some of the brand’s fish was processed in a plant that effectively ran on slave labor and may have partially been funding North Korea’s nuclear program (via Associated Press). A 2017 report found that North Korean workers were working at fish processing companies in Hunchun, China, living in inhumane conditions, and cut off from the outside world. These workers had to give up to 70% of their profits to the North Korean government, funding Kim Jong Un’s regime and leaving workers with “as little as $90 per month — or roughly 46 cents per hour.”

AP found that seafood processors using North Korean labor supplied companies in the U.S. with “snow crab, salmon fillets, squid rings and more,” and some of these packages were already branded with the Sea Queen label. Aldi obviously wasn’t trying to fund slavery and nuclear war, but if you want to rest easy knowing that your seafood purchase didn’t fund any human rights violations, you may want to steer clear of Sea Queen for now.

It’s not just the Sea Queen brand that poses issues. A 2018 Greenpeace report found that Aldi’s fish sourcing practices aren’t always up to their standard when it comes to protecting our oceans. Compared to other similar chains, Aldi actually scored pretty well, but there will still some issues. Its tuna fishing practices were subpar across the board, but its albacore fishing was especially problematic. The report states, “ALDI needs to improve its albacore tuna sourcing immediately.” The environmental watchdog also saw areas for improvment when it came to Aldi’s salmon and shrimp sourcing.

Flavor-wise, Aldi’s seafood is generally okay, but you should definitely steer clear of the frozen sushi. Aldi reviewer The Aldi Nerd wrote, “The avocado wasn’t bad, just really tiny so I wasn’t getting a whole lot of flavor from that. I mostly tasted rice with the shrimp salad-like filling…you probably just want to skip this.” Customers on Reddit agreed. One wrote, “The rice is undercooked and dry. The fillings… Meh.” Another: “”Neither my husband nor I could finish the ones we tried (tuna? salmon? I’ve blocked it from my memory).

So if you want to avoid scandal, protect the oceans, and avoid some seriously underwhelming sushi, skip the problem products and/or consider skipping Aldi for your seafood needs.