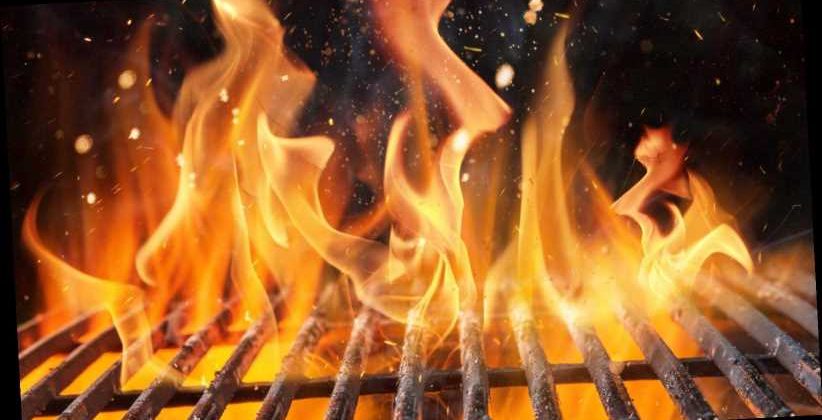 When it comes to cooking, there are a few smells that can immediately invoke a craving — bacon cooking, fresh baked sweets, and meat on a grill. When a neighbor lights their grill, something pavlovian happens. That smoky scent combined with images of a perfect char can literally make your mouth water as you scan the contents of your fridge looking for something, anything, to grill for a dinner entree.

But when it comes to grilling, not all meats fare so well under the fire, and according to culinary experts pork chops, in particular, should be reserved for cooking in the kitchen. In an interview with Bloomberg, John May, executive chef and sommelier, explains why pork chops taste so much better while cooked in a pan. “They have that strip of fat on the outside; rendering that beautiful cap in the pan over medium heat allows you to save that melted fat,” May said. “It also lets the meat get nicely crisp. In a pan, you can put the chop on its side and baste with that rendered fat, thus enhancing the porky goodness! Try doing that on the grill.” Executive chef Erik Petterson of Evo Italian agrees, stressing that pork chops are simply too lean for grilling, and achieving the perfect outside char will inevitably result in dry overcooked chops (via Insider).

When it comes to cooking pork chops, bone-in is best. According to the experts at AllRecipes, choosing a bone-in cut slows down the cooking process just enough to ensure your meat is moist and not inedibly dry. Next, commit to the three-step brine, sear, and bake method for the tastiest chops (via TheKitchn).

Brines are simply a salty, sweet water bath for your meat that infuses extra flavor and moisture before cooking. You can brine meat anywhere from 30 minutes to 12 hours, but if you’re super short on time, the step isn’t absolutely necessary. However, you’ll notice a marked difference in texture, moisture, and infused flavor.

After brining, dry the chops off, rub them with olive oil and season with salt and pepper. Using either a cast iron skillet or an oven-safe stainless steel frying pan, sear the chops on one side on high heat to create a beautiful brown crust. At the same time, preheat the oven to 400 degrees. Right when you flip the chops for a second sear pop the hot pan and the chops in the oven to finish cooking. Using an instant read thermometer, pull the chops when they have an internal temperature of 140 to 145 degrees, but they should only need between 6 to 10 minutes in the oven depending on thickness.