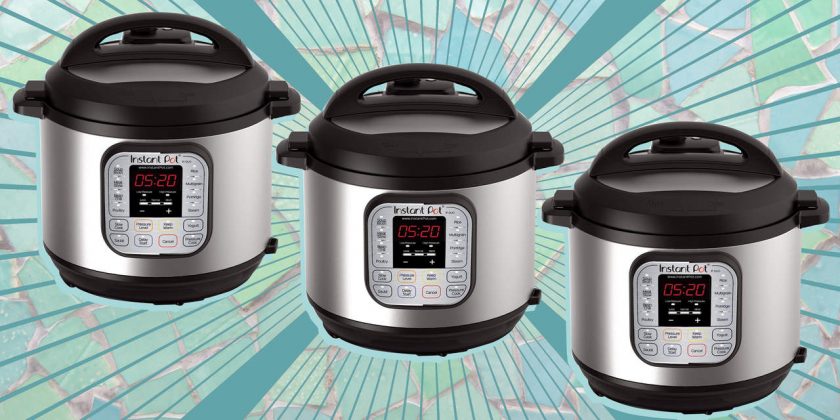 We’ve said it before, and we’ll say it again: the Instant Pot is amazing. This handy kitchen gadget—which multitasks as a pressure cooker, slow cooker, saute, steamer, yogurt maker, rice cooker, and warmer in one—makes whipping up fast weeknight meals a breeze (even if you follow the keto diet!). The device has unexpected uses, too; you can make jam, hard-boiled eggs, even homemade ricotta in your Instant Pot.

The Instant Pot was understandably one of the biggest holiday gifts last holiday season, and we’re guessing this year will be no different. Below, the best Instant Pot deals we know about for Black Friday 2018. We’ll continue to update this list when new deals are announced, so make sure to check back.

• Instant Pot Duo 7-in-1 Programmable Pressure Cooker (on sale for $69, marked down from $139 on kohls.com). The 6-quart version of the Duo model is going to be $70 off at Kohl’s starting 3 p.m. CST on November 22. Note that this is one of the retailer’s Door Buster deals—you’ll want to act fast, since it will only be valid for a limited time.

• Instant Pot Duo 7-in-1 Pressure Cooker (on sale for $69, marked down from $99 on target.com). Another sale on the Duo (starting 5 p.m. EST on November 21), this one also comes with a $10 Target gift card with your purchase. Also good: If you spend $50 at Target on Black Friday, you can get a coupon for 20% off your next purchase valid between November 27 and December 8.