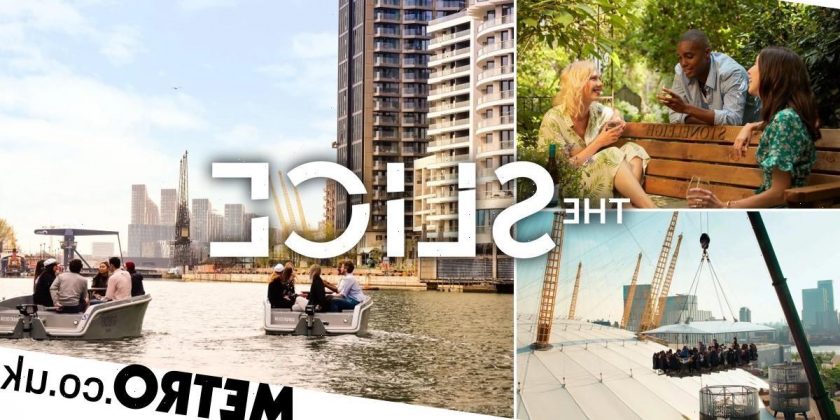 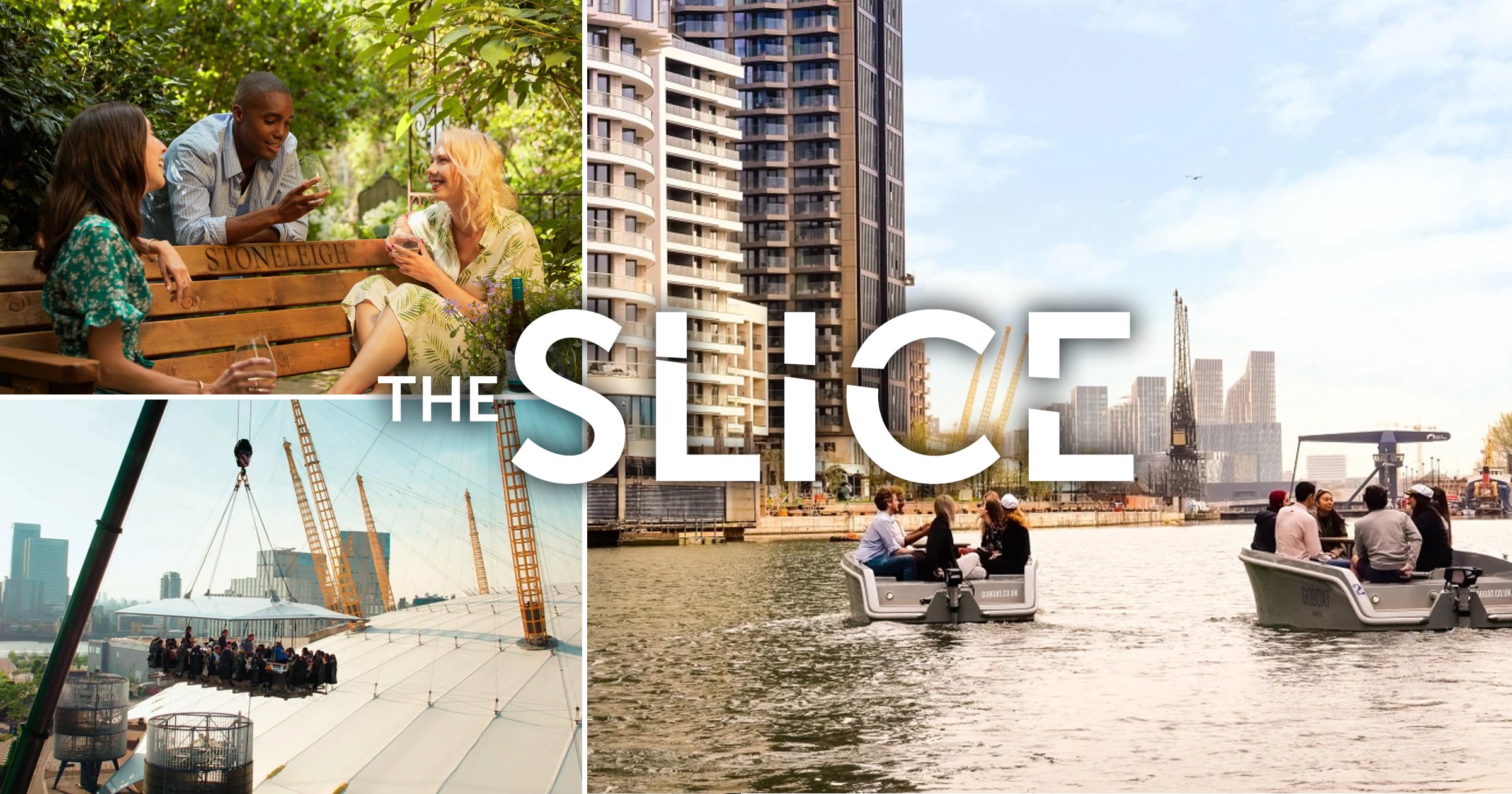 We are going to be doing so much important stuff this week that we will deserve the free bagels and free glasses of wine we have tracked down. Raising money for a Ukraine children’s charity while eating Ukrainian food, for instance.

Tending to our wilting houseplants with experts, learning about the latest movies, getting involved in crafting and supporting Ukrainian photographers.

No, don’t thank us, just don’t get in the way of our free Bombay Sapphire cocktails.

It’s nice to be able to do something worthwhile, like raise money for children affected by the war in Ukraine through the Voices of Children charity, who sort out psychological assistance and actual evacuation help.

And it’s even nicer if you get to sample some delicious Ukranian fare – albeit with a twist – from Ukrainian chef Dimi Penziev.

And you can do all of the above at Kricket in Soho, where this Sunday they’re laying on a special menu from 12 to 6pm with pampushky, a special garlic bread with garlic chilli butter, holbutsi, which are cabbage rolls filled with spiced beef, oh and traditional honey cake – medovik – to finish up. Eat in or take away, but do your bit.

That old legend of photography Nick Knight will be presiding over this year’s Photo London, perhaps the greatest photo exhibition in the country in any given year.

There will also be galleries from all over the world, meaning we can all discover photographers we’ve probably never heard of before.

Now, while we do not tolerate talking through films (unless they’re bad or on TV or we have something important to say), we are all in favour of talking about films, which is why we are booking ourselves into Game Of Thrones star Maisie Williams’ Frank Film Club screenings and discussions at the really rather lovely Curtain Club in Shoreditch.

And the list of movies up for viewing/discussion include some of our favourites like the genius Best Picture Oscar-winner CODA, about a deaf family trying to send their daughter to music school, and Olivia Coleman’s Oscar-nominated The Lost Daughter.

So lots to see, lots to discuss, some great talkers and a pay bar! Boom!

It is the most ridiculous amount of fun, being allowed – somehow! – to drive your own boat with a group of mates, something delicious and fizzy and a bunch of snacks without so much as a licence.

But that’s GoBoat for you and they are back for an early summer sailing, whether it’s on the Regent’s Canal from Paddington Basin, Canada Water or on the very Thames itself from Kingston.

They fit up to eight people, you get a mini-tutorial before you cast off (or is that knitting?) and you can take the boat for anything from an hour to three, meaning there’s plenty of time to stop off for a picnic. And you don’t even have to wear stripes!

Fancy getting crafty (not that you’re not already too crafty by far!) in a hot new retail space in north London? Of course you do.

So join us down at Islington Square, where London Craft Week is pushing craft to the very limits to include an exploration of Japanese food with sake (our new favourite tipple: tell everyone!), an exhibition of floral sculptures, a work shop on knife skills (sign Nigella up, she’s famously bad), embroidered artworks and a free open-air evening hosted by Bombay Sapphire with music and 50 free cocktails up for grabs.

Fun, sociable and, who knows, we might even learn something.

The world has gone houseplant mad. Fact! You only have to go into any half-cool restaurant or shop or house or apartment to see that the plant revolution is in full swing.

That probably means New Zealand sustainable wine brand Stoneleigh’s plant surgery will be in hot demand by anyone with a brown-leaf situation.

Think of it as ER for plants, where you can bring your baby (no flashing blue lights necessary) to get the once-over from a plant doctor (no clothing removal necessary either!)

And while you’re there, you can enjoy a glass of Stoneleigh’s vegan Sauvignon Blanc, which is a practice we suggest real human A&E departments think of introducing.

Taste of the Big Apple

A free, loaded New York Bakery Company Bagel? Well, that has our name all over it and is set to have our teeth-marks all over it as well come Saturday when that self-same New York Bakery Company host the all-free Bagel Block Party with lashings of New York-inspired goodies for you to get your chops around as long as you save space for the free bagel!

It’s an immersive experience and you get to enjoy a New York-style next-level breakfast, which they reckon should take half an hour or so, before you go off and have a nosey around nearby Brick Lane and Spitalfields.

And if that doesn’t sound like a plan, then we don’t know what does.

Dinner in the heavens

You’d have to be mad really, wouldn’t you? To have your dinner while suspended 100 feet in the air.

But you know us, if there’s food or drink involved, there are no lengths we won’t go to. And seeing as it’s London in the Sky, who we have had the pleasure of before, we are certainly up for it (‘up’! Jokes scattered everywhere!), especially as on launch weekend there will be surprise DJs and entertainment over and above the larks that are usually on offer.

Just sit back and relax (if you can!) while the specially curated food and drinks menu is prepared way up there.

Add the party vibe they are going to be creating and you have three boxes ticked. Then do four and five with £5 cocktails and pitchers of Camden Pale Ale and Pillars Brewery.

If you want to take it to six, there will be a smoked meat special, maybe a beef brisket or a eight-hour smoked pork belly, and of course the fact that it’s in Brixton.

Come to think of it, it’s all such a top idea, they might even make it into double figures.

Metro has teamed up with Harry Potter And the Cursed Child to offer readers the chance to win four tickets to see the show in the West End or on Broadway – travel, accommodation and spending money will also be provided.

To enter, simply click here and answer the following question: At which theatre is Harry Potter And the Cursed Child playing in London?

You’re sure to have a wizard time in the Big Apple with this spellbinding prize, worth £6,000. Not only will you have the chance to catch up with Harry and the gang on Broadway but you’ll also get a three-night stay in a hotel and plenty of spending money. And you won’t have to dust off the old Nimbus 2000 broom to get there as flights are included.

✦ 4 tickets to see Harry Potter And the Cursed Child at the Palace Theatre, London
✦ One-night stay at a 4-star hotel including breakfast courtesy of Radisson Blu Edwardian
✦ £500 spending money

A magical experience for four lucky muggles awaits! You’ll win tickets to see the award-winning production in the West End as well as hotel accommodation and spending money in a fantastic prize worth £2,500. You may even be able to squeeze in a visit to platform nine-and-three-quarters..

Entries open at one minute past midnight on April 28 and close at 11.59pm on May 13. There will be two winners – one for the London-based prize, the other for the New York-based prize. They will be selected in a random draw by an independent judge from all eligible entries, held on May 16. Full T&Cs here.