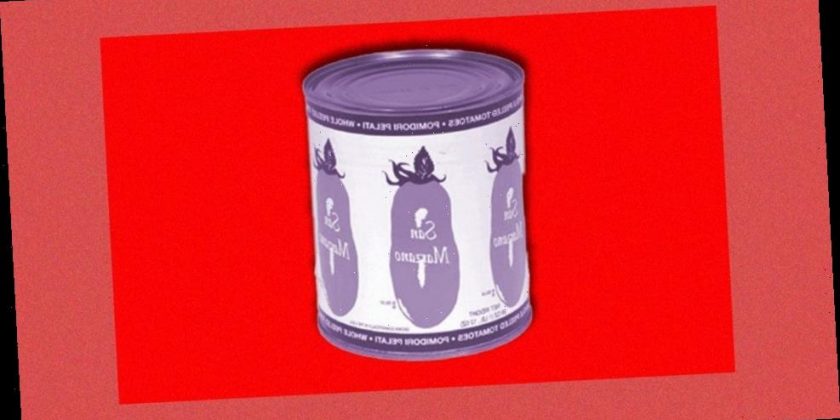 Who doesn’t love making a big pot of marinara sauce when the temperatures drop? But choosing the canned tomatoes that provide the base of the sauce can be a challenge. Does one really need to spend $4 or more on a can of San Marzano tomatoes? Any Italian home chef would give you a resounding yes. San Marzano tomatoes have been heralded as the undisputed best canned tomatoes for years. These oblong plum tomatoes are grown in volcanic ash at the base of Mt. Vesuvius, which gives them their low water content and a mellow sweetness. But they’re also expensive — and in recent years, American companies have gotten better at growing and canning comparable tomatoes.

To get to the bottom of this, we asked Jamie Adams — executive chef of the Sandy Springs, Georgia, restaurant il Giallo — to do a blind taste test of 10 popular canned tomato brands.

Adams, who lived in Italy for five years before starting his 20-year career helming Italian kitchens in Atlanta, used to be staunchly in the Italian tomato camp. Recently, though, he became smitten with Alta Cucina, which uses tomatoes grown in Modesto, California. (You can buy them in bulk on Amazon.)

Before slurping our way through 10 cans of tomatoes, Adams gave me a quick primer:

For the purpose of this taste test, we opted to only use whole tomatoes. “Whole tomatoes are better because they have been handled less,” Adams told HuffPost.

We focused on three elements: sweetness, acidity and texture. The tomatoes were run through a food mill and quickly heated with olive oil, garlic and a pinch of salt. Each can was 28 ounces and received a grade, from F (the worst) to A+ (the best). Here were Adams’ conclusions: 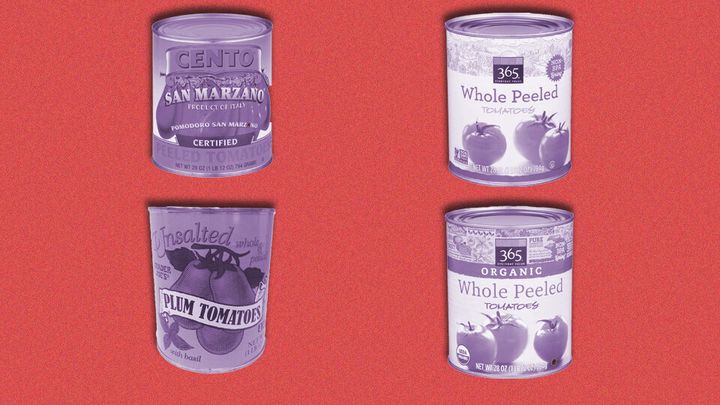 The conventional version of Whole Foods’ canned tomatoes are a great option if you don’t want to spend a small fortune to make marinara sauce. Adams said, “This tastes a little richer, and it’s not too acidic. It has a nice roundness of flavor.”

There was nothing that Adams liked about this can of tomatoes. “For me, it’s bland,” Adams said. “Not withstanding salt content, the tomato itself is a little flat and there is a metallic aftertaste.”

At less than $2, the Whole Foods house brand of tomatoes is a great option. They’re firm yet tender and have an acidic bite (but maybe could have been a bit sweeter). “This is a more flavorful tomato. It has more oomph to it,” Adams said.

Pro: Good texture that falls somewhere between firm and tender.

Con: Too sweet and had an almost mineral aftertaste

Many of my friends said their favorite canned tomatoes were Cento, but Adams wasn’t a fan. “These are good tomatoes but they have a strange flavor. It’s like mineral-y, but it doesn’t taste like the can. It’s almost like there’s some other kind of herb in there.” There is no other herb on the ingredient list, but the flavor was there.

Of the bunch, the Muir Glen tomatoes were Adams’ least favorite. “This was not very tomatoey and it’s clumpy. The finish of the tomato flavor is completely bland and metallic. It’s like biting into a water balloon,” laughed Adams.

The can for these tomatoes is a little deceptive. It’s plastered with the Italian phrase “pomidori pelati” (peeled tomatoes) and the letters SMT, but the tomatoes are actually grown domestically. It didn’t matter during the taste test, though, because Adams declared these his second favorite.

“It’s got the right amount of sweet, the right amount of acid, the texture is really, really good,” he said. “It’s tender but also you have to chew it. It doesn’t just dissolve in your mouth.” If you wanted a San Marzano tomato without the DOP up-charge, these save you a bit.

“That’s a completely different tomato right there,” said Adams about the first Italian tomatoes to come up in our blind taste test. “It’s not terribly sweet, and it’s tender in a good way (not mushy).”

These tomatoes were the clear winner for Adams. Upon taking his first bite of the Rega tomatoes, Adams said, “Wow! That’s a really good tomato. I’m guessing it’s one of the Italian ones.” The sweetness was mellow and the texture had the right amount of give. 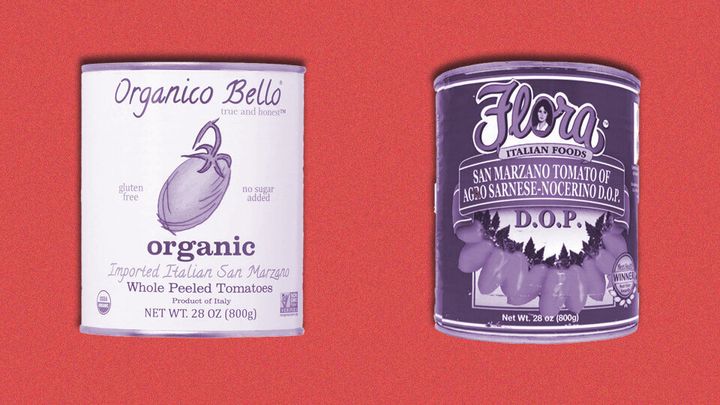 While the initial flavor was robust in the Organico Bello tomatoes, the texture didn’t hold up. “These tomatoes just disintegrate,” Adams said. “They’ve got a weird aftertaste, too. Ever so slightly metallic.”

The Flora San Marzano tomatoes were the most expensive, but left a lot to be desired. They were fine, with a passable texture. “It’s acidic, but a little bit tangy,” said Adams. 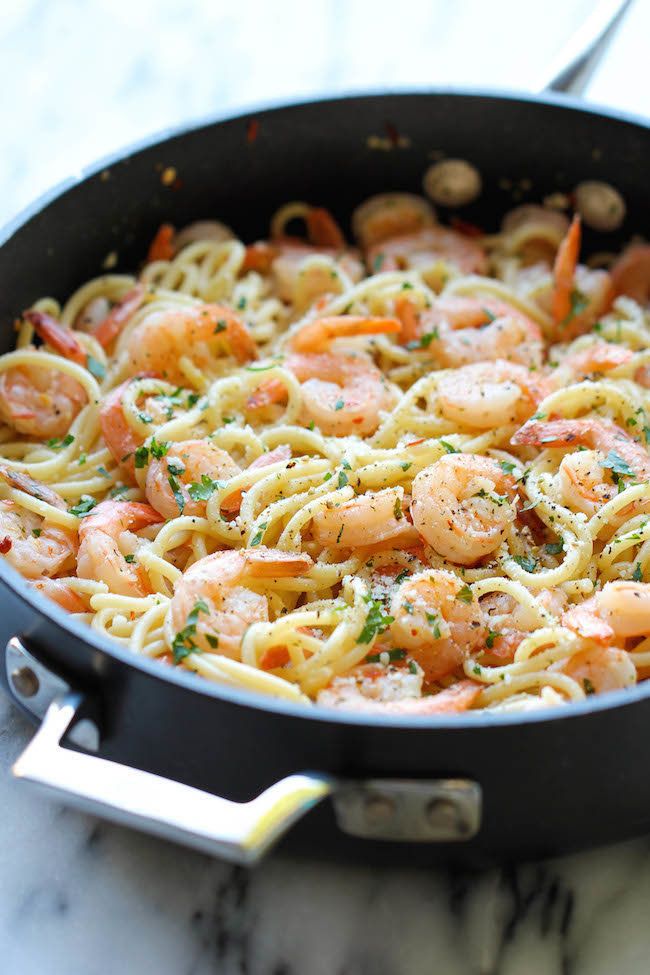