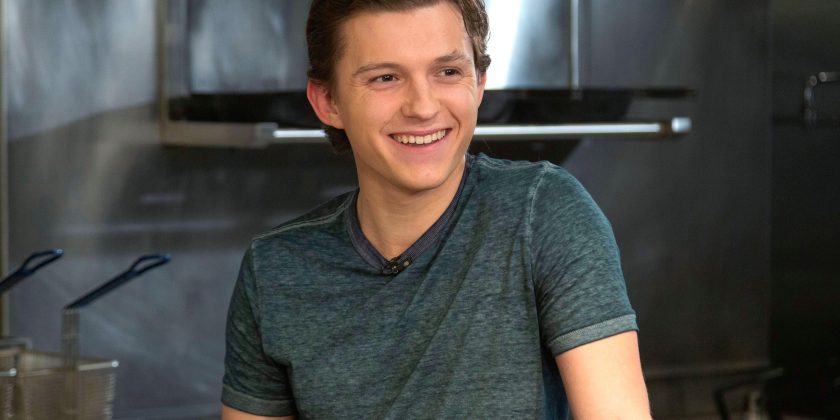 He may play an American superhero, but Spider-Man star Tom Holland had never tasted one of our most festive holiday foods — pumpkin — until now.

There, he was introduced to the delight of roasted kabocha squash, a kind of Japanese pumpkin, which Largey had accessorized with kale, mushrooms and passion fruit. (Holland had previously had pumpkin seeds but never the actual fruit itself.)

“It really feels like Thanksgiving to me,” Largey explained.

“It’s hard that I’m starting with probably the best pumpkin I’ll ever have,” Holland said playfully. “Every pumpkin after this will be a disappointment.”

• Want to keep up with the latest from PEOPLE? Sign up for our daily newsletter to get our best stories of the day delivered straight to your inbox.

“That was delicious,” he told Largey. “So, I’ll come back tomorrow.”

Not that he restrained himself to the pumpkin: “That’s so good, the passion fruit as well,” he said, reportedly going for another bite. “And the kale is crunchy so there’s a nice like textural thing.”

RELATED VIDEO: Tom Holland Reveals When He Feels the Sexiest

Holland usually returns home to the U.K. for Thanksgiving, according to the AP.

Wherever he spends the holidays, Largey reportedly left him with some pointers to entertain, including how to whip up macaroni and cheese, one of his favorites.

Before he swung by Russo’s restaurant in L.A., Holland dropped in on Jimmy Kimmel’s late-night show in October to show off his new superhero costume — cracking that he’d lost his mask to Kimmel’s co-host, Guillermo Rodriguez.

“It’s a long story, Jimmy. It’s a sad story, too,” Holland said. “I ran out of web fluid. I was waiting for the B38 [bus] and he snuck up behind me and stole it right off my head.”

Spider-Man: Far From Home, the sequel to Spider-Man: Homecoming, will be released next summer.