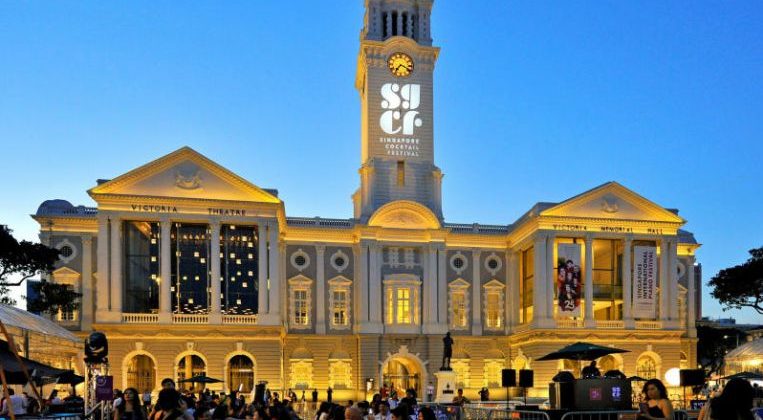 SINGAPORE – To cater to the modern, savvy cocktail drinker, the upcoming Singapore Cocktail Festival (SGCF) is also stepping up the educational aspect of cocktail drinking by introducing masterclasses by some of the world’s top bartenders.

The fifth edition of the festival, which started out as Singapore Cocktail Week in 2015, will take place from May 10 to 18. Activities will be centred around a festival village running from May 10 to 12 at Empress Place.

According to the organisers, Food News Integrated Marketing Agency and The Events Artery, the village drew 8,000 visitors last year, and they are expecting the same turnout this year.

While masterclasses have been held in previous years, this will be the first time the festival is partnering with The World’s 50 Best organisation for the 50 Minutes with 50 Best sessions.

Ms Ivy Woo, 43, co-founder of SGCF, says: “Consumers’ needs have definitely evolved… Four years ago, the festival’s aim was to spotlight the city’s cocktail culture but today, Singapore has successfully earned its place as the cocktail capital of Asia.”

It is a sentiment mirrored by Mr William Drew, 47, director of content for Asia’s 50 Best Bars: “There’s an eager and growing audience of increasingly discerning drinkers in Singapore and the region who are keen to take their interest in drinks to the next level, especially with the booming regional cocktail scene.”

At the masterclasses, which can cater for around 20 to 30 people per session, the bartenders will present the recipes and stories behind their signature cocktails and a theme that is close to their heart. They will also demonstrate two drinks and field questions from the audience.

For instance, American Bar’s new head bartender Maxim Schulte, 28, will share how music has had a major influence on the historic bar, whilst demonstrating two cocktails from their new menu, named The Savoy Songbook.

“The gin, yuzu wine and Creme de Menthe-based Sun Sun Sun is inspired by the The Beatles song Here Comes The Sun, and the ingredients reflect the change of seasons from winter to spring,” Mr Schulte tells The Straits Times in an e-mail interview.

Meanwhile, The Pontiac’s owner, Ms Beckaly Franks, 34, will be talking about creating original and highly drinkable craft cocktails in the high-volume environment of a dive bar.

“The Pontiac is a very small venue and we don’t have a kitchen, so we focus on what I call, ‘back bar and terroir’ – that is, what is already in the bottle and how we can introduce that to the guest in an accessible yet entertaining way,” she says.

For Mr Renato Giovannoni, 45, of Floreria Atlantico, the drinks he will present highlight Argentinian ingredients.

“The bar is inspired by heritage and immigration, and the Balestrini negroni I will be making represents Italians and the way they assimilated into Argentinian culture,” he says.

“Hence, the drink includes pine nuts and sea water from the town Carilo. My mother sends me (the sea water) in containers regularly.”

Limited tickets at $90 for the masterclasses are available via sgcf2019.hungrygowhere.com, and include single-day entry into the festival village, a welcome drink and a cocktail shaker set.

Other than patronising pop-up bars at the festival village by the likes of local bars such as IB HQ, Cook & Tras Social Library and Brass Lion Distillery, visitors can also sample signature cocktails at $12 each.These will be served up by bartenders from Shanghai’s Sober Company, Kuala Lumpur’s JungleBird, Oslo’s Himkok, as well as home-grown names like Atlas and Jigger & Pony.

During the festival, cocktail enthusiasts can also look forward to guest shifts by international bartenders at bars across town. For instance, star bartender Simone Caporale, from Seoul’s Marque d’Amour, will be making drinks at Skai Bar at Swissotel The Stamford on May 13.

Themed bar tours ($98) – each will hit four bars – will also be running across the festival period.