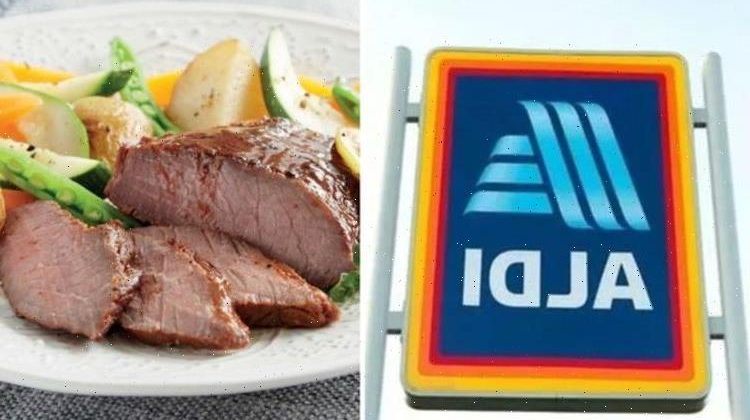 Aldi often updates and changes its stock, offering customers a range of different food products. A recent item to hit the supermarket’s shelves is ostrich meat, which has proved to be controversial among shoppers.

Ostrich fillet steaks were first sold as part of Aldi’s Specialbuys in 2014.

Since then, Aldi has brought the pack of two steaks back several times.

The product was reintroduced to shelves in May this year, and again earlier this month.

However, in recent days, the meat has been a source of controversy online.

Both Australians and Britons have been discussing the product on social media, with some people blasting Aldi for selling the steaks.

An Australian customer posted an image of the Aldi ostrich steaks on the popular Aldi Mums Facebook page. They said: “How cool would this be for Australia to get?”

The pack of two ostrich fillet steaks cost £3.99 in the UK, which would be the equivalent of $7.25 in Australia.

However, some Australians were angry that Aldi was selling the meat of a rare animal.

Ostriches are native to South Africa, but a small number of them also live in Australia’s outback.

Another person added: “Eww I agree why would this be even remotely cool to see on the shelves?”

One person wrote: “It’s bad enough that we eat Skippy.”

Another person commented: “What next…koalas?”

One person said: “They were not made to be consumed. Not every single animal walking on earth has to be eaten.”

However, other meat fans disagreed and saw no difference between ostriches and other animals.

One person said: “Someone tell me how this is so bad when we sit there happily eating pigs, sheep and cows with no issue?”

Another person wrote: “Why are you so grossed out? It’s not like you’re eating the family dog, relax.”

Aldi customers in the UK joined in on the debate, with some having bought the meat and enjoyed it.

One shopper wrote on Twitter: “I’ve eaten two Aldi ostrich steaks for my dinner this evening and I was pleasantly surprised. Didn’t look that appealing before cooking, but I enjoyed it. I’ll be get getting another pack soon.”

Another person said: “Mad that out of everything my favourite thing to eat is ostrich steaks from Aldi.”

One person tweeted: “Picked some ostrich fillets up from Aldi the weekend. Not bad, loads of protein.”

Costing £5.25, ostrich fillet steaks are also on sale in Sainsbury’s.

Tesco has previously stocked the product too.