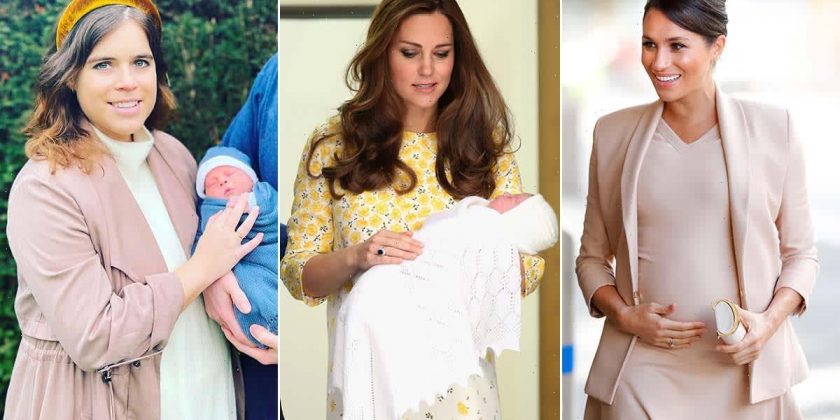 The royal family is no stranger to luxury, so it comes as little surprise that royal mothers are given the very best midwifery care. From four-poster suites at the Portland Hospital where Meghan Markle and Princess Eugenie gave birth, to the famous Lindo Wing afternoon tea at St Mary’s where the Princess of Wales welcomed Prince George, Princess Charlotte, and Prince Louis – these hospitals certainly know how to take the sting out of childbirth.

SEE: The Queen’s birth stories of her children Charles, Anne, Andrew and Edward

Most impressive are the decadent menus served at these royal-approved hospitals, where new mothers can be treated to celebratory champagne on ice and the late Queen Elizabeth II‘s favourite teatime treat – afternoon tea.

HELLO! takes a look at the decadent menus on offer at some of London’s most luxurious hospital suites…

In true British style, guests at the exclusive Lindo Wing are treated to a cooked breakfast on each day of their stay. From sausages to baked beans, fresh tomatoes and sunshine yellow eggs, this dining experience beats the usual toast and butter.

Lobster has appeared on the menu at the celebrity-favourite Portland hospital, where the Duchess of York gave birth to Princess Eugenie and Beatrice.

However, it’s highly likely that royal mothers give this fine dining option a miss, as shellfish is strictly forbidden from royal menus due to its risk of food poisoning.

Royal mothers can tuck into lobster after their delivery

It has been reported that afternoon tea is served every day at the Portland for new mothers and their guests to enjoy whilst recovering from birth. All the classics feature on this tiered delight, including a choice of finger sandwiches, strawberry tarts, lemon posset, fresh scones with clotted cream and jam.

CEO of Portland hospital, Janene Madden, has previously said of the experience: “What I can advocate about here is that it is like having a holiday. You get to use the nursery, your baby is only brought back for feeding time, so after two or three nights here you leave here feeling really fit and well and ready to face this challenge as a new mum. It’s how it should be.”

With prices starting at £6,760 for ‘normal delivery’ going up to £8,110 for an emergency c-section, it’s only expected that going through labour at the Portland comes with an elevated hospitality experience.

One mother shared on Mumsnet that while she didn’t recall seeing a menu, her urgent late-night craving request for fresh fruit served on a platter and a fresh chicken omelet was fulfilled at midnight… now that’s what we call service!