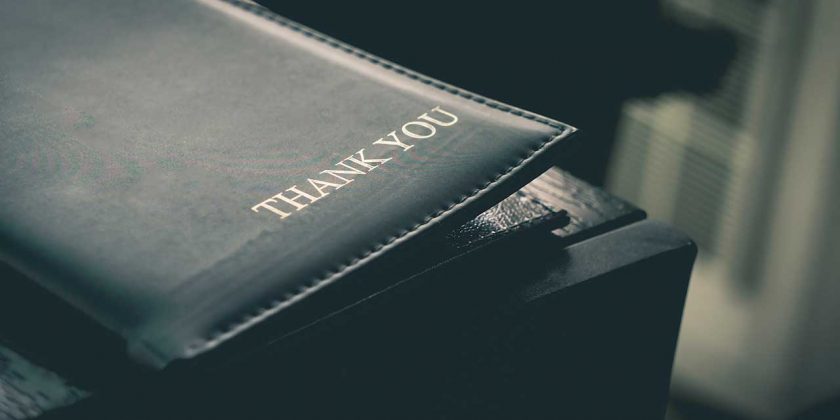 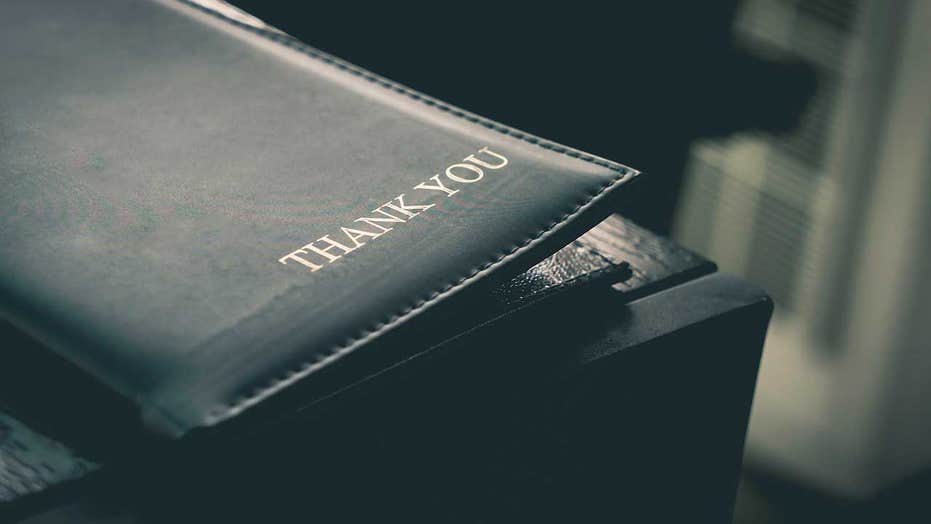 A restaurant patron is considering filing a lawsuit against a New Jersey state senator who labeled him a “jerk” on Twitter — and even called him out by name — because the patron left a tiny tip for his waitress.

It all started last Monday, after Pennsylvania resident Anthony Dierolf dined at the Colts Neck Inn in Colts Neck, N.J., and left his waitress a 74-cent tip on his $119.26 check. The next day, Sen. Declan O’Scanlon Jr. (R-N.J.) somehow obtained Dierolf’s signed receipt and took to Twitter to share an unedited photo which showed Dierolf’s name and portions of his debit card number.

“Wow… have to work to qualify for my calling you out specifically as a jerk. But Anthony Dierlof [sic] qualifies,” tweeted O’Scanlon, who represents New Jersey’s 13th district. “Ashley is a great waitress and wonderful human being. Certainly not a malicious bone in her body. Makes Anthony… a jerk. Live with your misplaced obnoxiousness.”

The tweet has since generated a great deal of controversy, with word eventually reaching back to Dierolf himself, according to the Asbury Park Press. The Pennsylvania man is now considering his legal options against O’Scanlon.

Dierolf, 37, told the outlet that he and his fiancée were vacationing in New Jersey when they stopped to dine at the Colts Neck Inn, but he claims they were treated to slow service, and that, at times, they were ignored entirely in favor of a larger party sitting nearby. 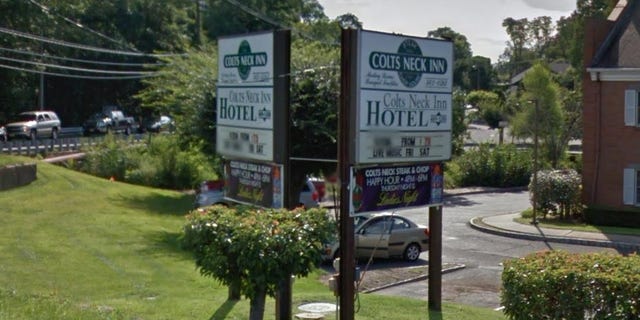 “It is a terrible tip, of course," he told the Asbury Park Press. "But when I get treated like a terrible customer, I just really reflected it back on her."

Dierolf said he had also spoken with lawyers to determine what action he can take against O’Scanlon for putting his personal information on the internet.

"There’s no reason for a senator, or for even the waitress in that matter, to take a picture and share that information with anyone," Dierolf said. 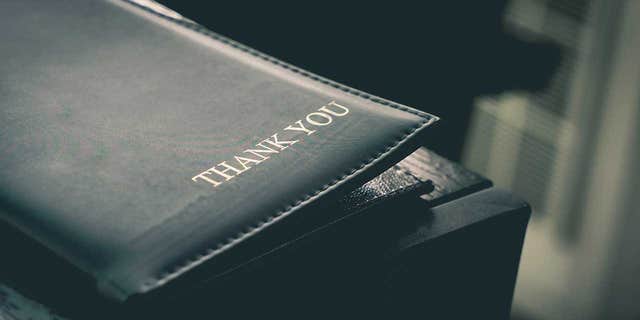 “It is a terrible tip, of course," the customer admitted to the Asbury Park Press. "But when I get treated like a terrible customer, I just really reflected it back on her."
(iStock)

O’Scanlon, meanwhile, has not taken his tweet down, and instead appeared to have doubled-down on his critique of Dierolf, calling people such as Dierolf “a—hats” on Twitter ahead of a radio interview on Wednesday.

“Going on 101.5 shortly to talk tipping, and calling people out when they act like a–hats!” he wrote.

However, many of the Twitter commenters who responded to O’Scanlon’s initial photo were critical of his actions, despite agreeing with his sentiments about Dierolf’s tiny tip.

“We have no idea why Anthony left this tip but if I were him I’d be calling my lawyer,” one person wrote.

“Bad move posting this. Especially for an elected official,” another said.

“Is it even legal to post this?” asked someone else. “Take it up with the restaurant owner who pays them minimum wage and then forces customers to directly pay the rest of their wage via tipping. Should you be attacking ‘Anthony Dierolf’ to get him to pay more, or the person who actually pays them?”

Meanwhile, a woman claiming to be the waitress, who identified herself as Ashely Sculthorpe to the Asbury Park Press, tweeted at O’Scanlon to thank him for standing up for her.

“I would have understood a little better if they had said something was wrong while they were there or had a manager come over but they did not,” tweeted Sculthorpe, who told the Asbury Park Press that she makes less than $3 per hour before tips. “So I applaud you @declanoscanlon for sticking up for what you believe is right. And sticking up for me and the rest of the good servers.”