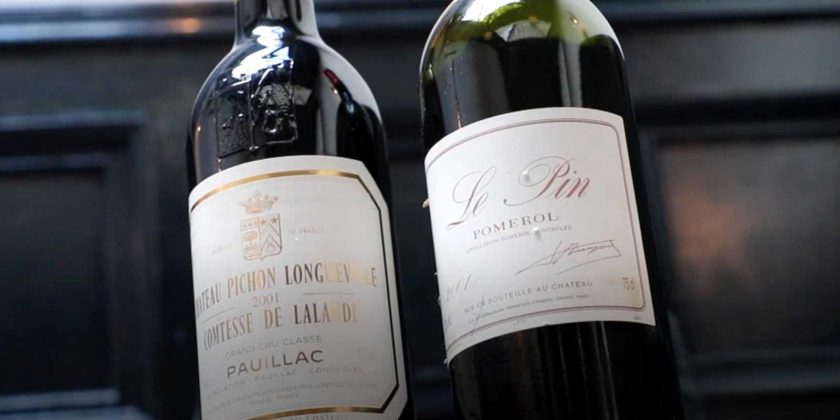 A restaurant in England made quite the costly error by giving one customer a much more expensive bottle of wine than expected.

At the Hawksmoor steak chain in Manchester, England, a customer ordered a 2001 Chateau Pichon Longueville Comtesse de Lalande, which is listed at £260 ($335), according to CNN.

“To the customer who accidentally got given a bottle of Chateau le Pin Pomerol 2001, which is £4500 on our menu, last night – hope you enjoyed your evening,” Hawksmoor Manchester wrote in a tweet. “To the member of staff who accidentally gave it away, chin up! One-off mistakes happen and we love you anyway.”

The Hawksmoor did not immediately respond to PEOPLE’s request for comment.

The restaraunt added further humor to the situation in another tweet, which features a picture of the two bottles of wine side by side.

The Chateau Le Pin Pomerol 2001, which can be found on the menu in the “rarities” section, is the most expensive item on the section’s list.

: Celebrities Who Love Drinking Wine As Much As You Do

Despite the costly mistake, the restaurant did not indicate that the staffer would be fired for the error — far from it, in fact. They seemed to acknowledge that it was an easy mistake to make.

“It was a very busy night at the restaurant and a very simple mistake,” Irena Pogarcic of Kitchen Communications told CNN. “A member of staff picked up the wrong bottle, mistaking it for another Bordeaux of the same vintage.”

“The wine went out and was served to the customer. The customer didn’t know and it was only afterward that one of the managers picked up what had happened,” she added.