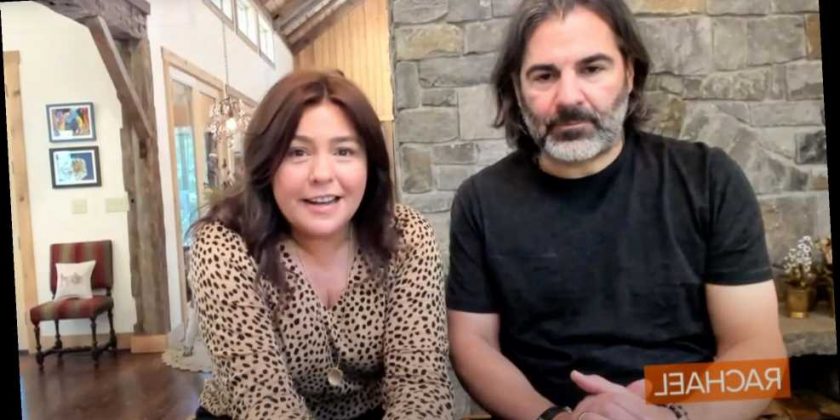 Rachael Ray is giving fans an inside look at her current living situation after losing her home.

The celebrity chef, 52, who lost her New York home in a devastating house fire in August, has been living in her guest house with her husband John Cusimano ever since. On the latest episode of The Rachael Ray Show, airing Thursday, she gives world-renowned French chef Jacques Pepin a tour of the space.

After the fire, Jacques and Gloria Pepin, were "the only friends" who offered up their guest house to Ray and Cusimano to stay, she says on the episode. Ray wanted to assure Pepin that she is doing okay by giving him a tour of the space, which is decorated with Pepin's artwork.

Rachael Ray Details Escaping from Her Home During Devastating Fire: 'I Could Hear Danger' Ray describes the guest house as a miniature replica of her now-destroyed home. "Although we lost our home, this is strangely homey because it is literally a small version of our house," Ray says in a clip from her talk show. Throughout the tour, Ray points out specific design features to Pepin, like the gorgeous dual-sided stone fireplace in the middle of the house, and the open-floor layout. "Basically, I designed the house so you can see everything that's going on in the house from the kitchen," Ray explains.

Due to restrictions on the property, the square-footage on the guest house is rather small, but to make it appear bigger it was built upward with extremely high ceilings. Ray rounds out the tour with the pantry space, which is massive compared to typical pantries despite the square-foot restrictions — and she managed to build a sleeping loft above it to utilize more space.

In September, Ray opened up about the catastrophic fire on The Rachael Ray Show.

"On August 9th, my house burned," she said. "15 years of memories; 40 years of notebooks, drawings, thoughts, my life's work. In the years that I lived here, I learned an awful lot. In the few weeks since it burned, I think I've learned even more. Today, we're going to share what's left of our home with you." Following news of the blaze in August, Ray thanked her fans on Twitter for their well wishes, and showed gratitude to the firefighters who helped extinguish the flames.

"Thank you to our local first responders for being kind and gracious and saving what they could of our home," she wrote at the time. "Grateful that my mom, my husband, my dog… we’re all okay."

She added: "These are the days we all have to be grateful for what we have, not what we’ve lost."

Check here for the time and channel to watch The Rachael Ray Show in your area.