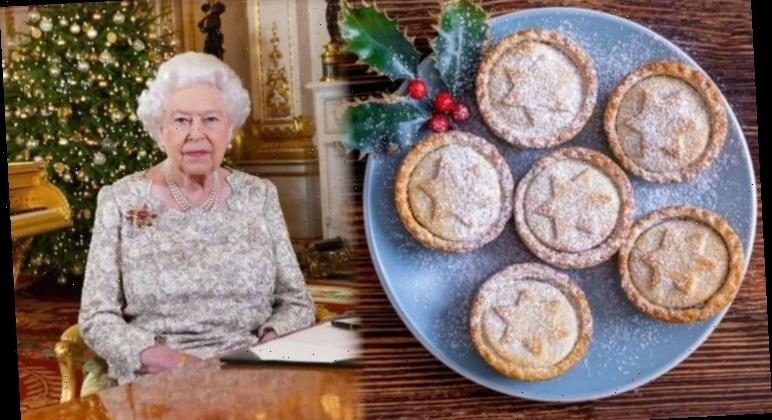 Mince pies are a Christmas tradition all over the world. They are usually eaten throughout the festive period and even reach the supermarket shelves as early as September. With Buckingham Palace employing some of the best pastry chefs from around the world, the Queen enjoys a delicious mince pie like no other. One of the pastry chefs has revealed the secret recipe used to make the royals indulgent mince pies.

Mince pies were historically filled with meat like lamb rather than sweet dried fruit and spices like they are today.

This is where their name comes from and they were initially a status symbol, as it was only the rich that could afford the indulgent pies.

It also meant that people could afford the best, and most expensive, pastry cooks.

The pies were also first made into an oval shape to represent the manger that baby Jesus slept in. 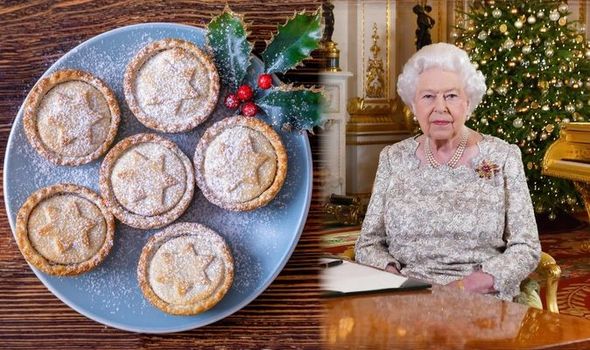 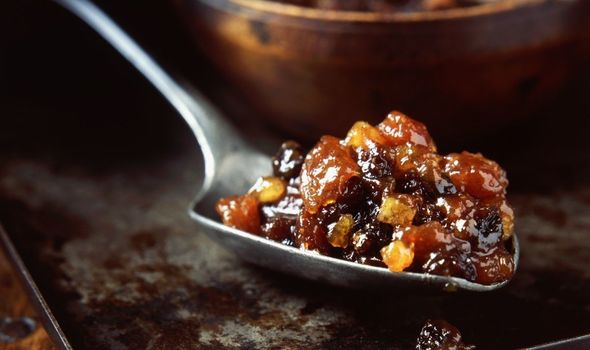 A custom from the Middle Ages says that if you eat a mince pie on everyday from Christmas to January 5, you will have happiness for the next 12 months.

They are now typically left out on Christmas Eve for Santa to eat and are typically made into a round shape and can be eaten hot or cold.

When it comes to the Queen’s food and pastries, everything is handmade by a dedicated pastry team at Buckingham Palace.

The Queen’s mince pies are typically made months in advance and stored in the pantry to ensure that there are enough of the sweet treat to go around.

But how can you recreate Her Majesty’s indulgent mince pies at home?

Firstly, equipment is essential as you need something to put the bakes into. Those who wish to recreate the Queen’s mince pies will need a 12 hole non-stick shallow baking tray and fluted or pain cutters.

Ingredients – For the mincemeat

Zest and some juice of 1 unwaxed lemon

Zest and some juice of 1 unwaxed orange

Egg washed for sticking lids on the bases

Granulated sugar for the top of the mince pies before baking 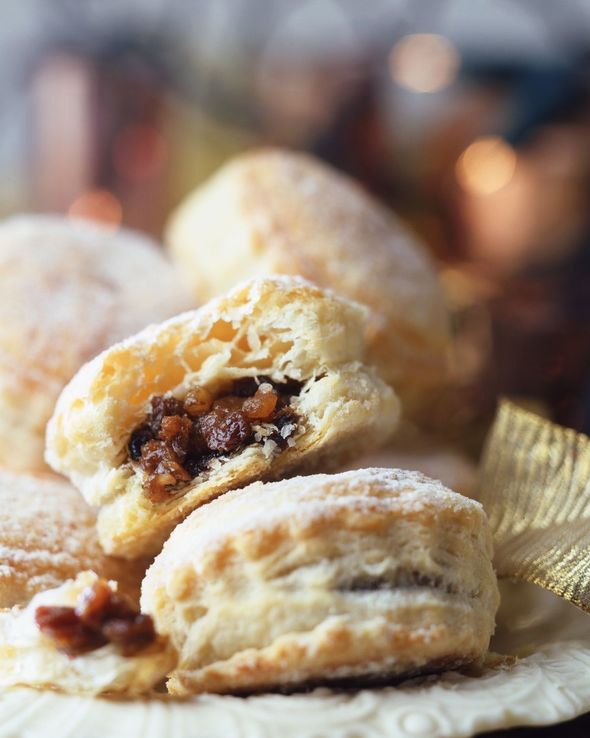 1. Firstly place all the dry ingredients into a large mixing bowl and stir. Then add all the liquid and grated apple and allow to soak for at least one week in a one kilogram kilner jar sat in the fridge or cupboard.

2. Once your mixture has marinated for around a week, they are ready to bake.

4. Roll some sweet pastry into a sheet of around two to three millimetres thick, and place on a tray. This then needs to go into the fridge to rest.

5. Once rested, cut tops and bottoms for the mince pies using fluted or plain cutters and select the sizes to fit the chosen tin.

6. Place the pie bases into the tin and prick around the edges with a small knife or pork to prevent the pastry from rising during the baking process.

7. Then around a teaspoon of the home-made mincemeat mixture needs to be added into the base.

8. After, take a light egg wash and paste it around the edges to enable the lids to stick down.

9. Place the mince pies in the fridge for another 30 minutes before adding the top of the pastry and egg washing it again.

10. Then, take a small knife and prick a hole into the top to allow the steam to escape and so that they don’t explode.

11. You can then also sprinkle it with sugar now so that it caramelises in the oven.

12. Place the baking tray on the middle shelf of the preheated oven and bake them for around 15-20 minutes or until they are golden brown.

13. Remove from oven and allow them to cool before removing the pies from the tin.

14. Lastly, sprinkle them with a dusting of icing sugar to add a decorative touch to them. 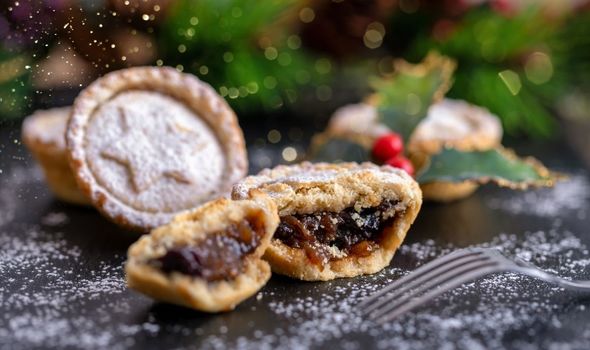 Those making these mince pies can also use puff pastry if they prefer.

To add more of a festive touch, a small star or holly shaped pastry could be added to top the mince pies before baking too.

The Queen’s pastry chefs make on average around 1,200 mince pies each year, which helps cater each of the receptions held at the royal palaces each year.

Whilst it has not been confirmed who the Queen will be spending Christmas with this year, it is likely that the pastry chef’s will be making a lot less mince pies this year due to the ongoing pandemic.