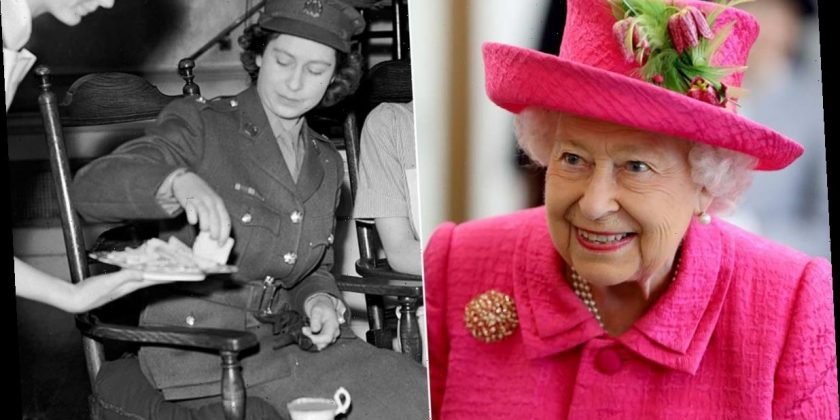 Queen Elizabeth has very strict rules when it comes to dining at Buckingham Palace. Known for her traditional taste in food and love of simple British cuisine, we’d love a seat at the Queen’s dining table.

But what about some of her most unusual dinner table habits? We’ve rounded up some of the most unexpected things former royal chefs have said about Her Majesty’s eating quirks here…

It’s well known that the Royals never eat garlic. Aside from Her Majesty not enjoying the taste, The Duchess of Cornwall previously confirmed it was a ‘no-no’ during an during an appearance on MasterChef Australia. Asked whether it was to do with the etiquette of meeting people during royal engagements, Camilla agreed and joked “you always have to lay off the garlic”.

SEE MORE: The one food the Queen and Prince Philip both hate

No starches at dinner

Perhaps the secret to Elizabeth’s long rule is her healthy, low carb dinner habit. The royal is said to never eat starches while dining alone – meaning pasta, potatoes and rice are off the menu. We wish we had the discipline!

Eating out of Tupperware

The Queen loves fresh fruit, but it seems she isn’t particular about how it’s presented to her. Her receptacle of choice? The humble Tupperware! Former royal chef Darren McGrady once told Marie Claire: “People always say, ‘Oh, the Queen must eat off gold plates with gold knives and forks.’ Yes, sometimes… but at Balmoral she’d eat fruit from a plastic yellow Tupperware container.”

No crusts on sandwiches

The Queen enjoys a sandwich just like the rest of us, and her favourite is said to be tuna mayo filling with cucumber. However, she reportedly dislikes eating the crusts. Former royal chef, Owen Hodgson, recalled to The Telegraph: “A chef told me off for serving the sandwiches with crusts.”

DISCOVER: The Queen’s royal dinner tradition will continue at Balmoral

Eating bananas with a knife and fork

Perhaps one of the strangest reports about Queen Elizabeth’s dining habits is her method of eating bananas. In order to avoid looking “like a monkey” at the dinner table, Her Majesty eats them with a knife and fork! She apparently slices the top and bottom off with a knife, before chopping the fruit into small pieces and tucking in with cutlery.

The Queen is known for having a sweet tooth

Bringing cake on her travels

The Queen is partial to chocolate biscuit cake and is thought to snack on a small piece each day. This means that wherever she goes, the cake tin comes too! “I used to travel on the train from London to Windsor Castle with the biscuit cake in a tin on my knee. It was half eaten”, Darren told The Huffington Post.

REVEALED: The Queen’s favourite food may surprise you

Dinner companions must echo the Queen’s behaviour throughout the meal. So if the monarch stops eating – everyone else must put down their knife and fork too. That’s bound to make one a fast eater! And did you know the Queen’s menus are usually written in French? Darren McGrady previously revealed he would present the monarch with a red leather-bound book full of recipes written in French for her to choose from.