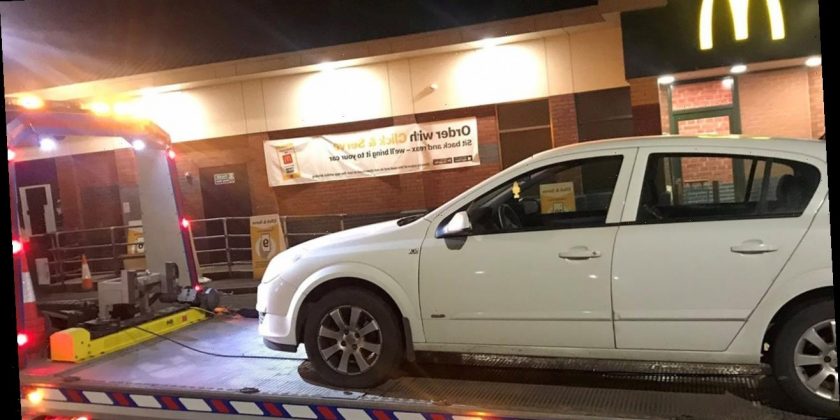 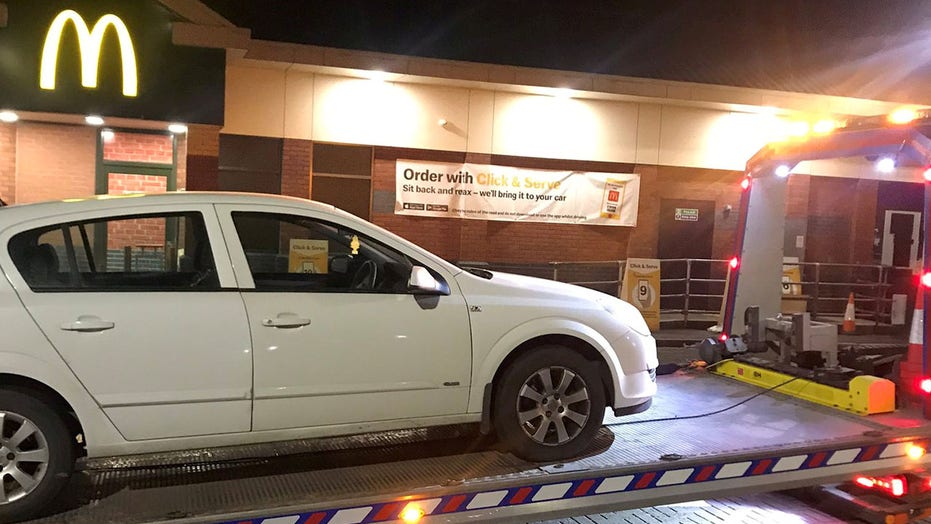 This trip to the drive-thru didn’t go according to plan.

Police in England have released photos of a car being seized as it was going through a McDonald’s drive-thru. According to a post from the local police department, the incident involved the driver having a provisional license.

The Devon and Cornwall Police’s Roads Policing Team posted photos of the car to its Twitter account. In the images, the car can be seen loaded onto a tow truck while it’s already at the McDonald’s.

The driver was headed to the restaurant’s drive-thru around 9:45 p.m. last Thursday when the vehicle was seized, Southwest News Service reports.

On Twitter, the police wrote, “Vehicle seized McDonald’s Exeter. That’s the most expensive Big Mac this provisional license holder has bought! This driver’s not ‘lovin it’!”

This is not the first time a trip to the drive-thru ended with a car being taken away by the police.

Last June, Fox News reported that Authorities in Cirencester, England, seized the silver vehicle as it waited in line at a local McDonald’s drive-thru. According to reports at the time, the restaurant had just reopened after being closed for three months due to the coronavirus pandemic.

The driver reportedly pulled into the long line and was waiting to place their order when authorities spotted the car. They reportedly noticed that it didn’t have insurance, prompting them to seize the vehicle.

It’s unclear if the driver still got their McDonald’s or if the incident caused them to lose their appetite.