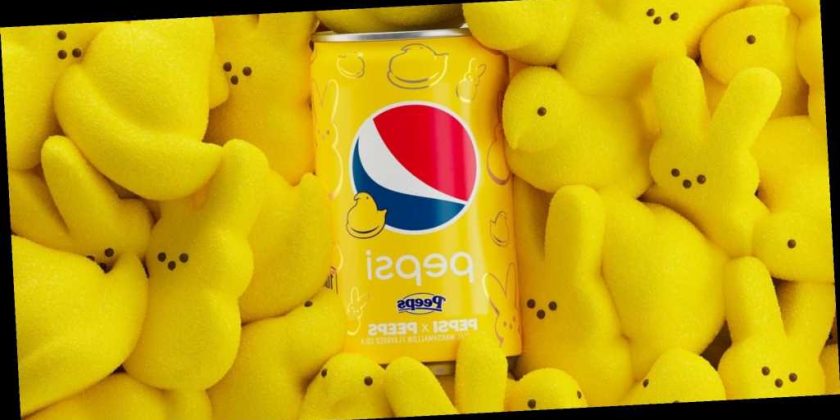 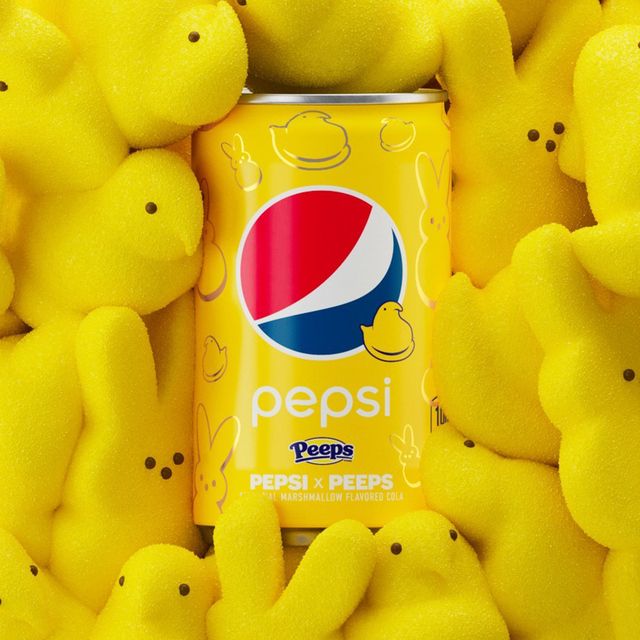 We didn’t even know for certain that Peeps would be returning to shelves for Easter this year until last month. Luckily, they are, because that means we also get other festive treats — like the new Pepsi x Peeps drink. No, this isn’t an April Fools’ Day joke. Yes, this is real.

The two iconic brands have come together to create a beverage that combines the crisp taste of Pepsi cola with the sweet flavor of Peeps Marshmallow. (Interesting…) The new drink comes in 7.5-ounce Pepsi mini cans in bright yellow, pink, and blue colors that are reminiscent to the classic Peeps Chicks and Bunnies hues.

why is it not called peepsi

The only catch here (lol, there’s always a catch) is that the Pepsi x Peeps collab is not available in stores, so you’ll have to try your luck at winning it. Head to Twitter or Instagram and post photos of yourself enjoying springtime with Peeps Marshmallow Chicks and Bunnies. Make sure you tag @pepsi and use #HangingWithMyPEEPS and #PepsiSweepstakes for a chance to win a limited-edition three-pack of the sweet sip. 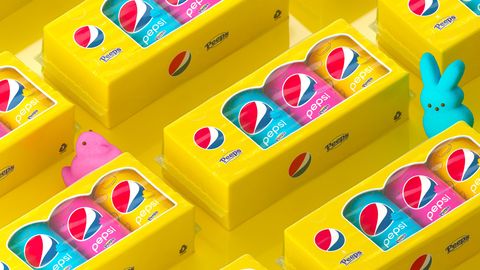 “After what has been a very difficult year, many consumers are looking for new things to smile about. So, to celebrate the start of springtime, Pepsi collaborated with PEEPS to develop a limited batch of its first-ever marshmallow cola,” Todd Kaplan, VP marketing, Pepsi, said in a press release.

In addition to the three-pack prizes, 10 people will be awarded the grand prize, which is a collector’s package of Pepsi x Peeps. The mini cans will only be around for a limited time and are sure to be a one-of-a-kind experience — so much so, that we bet even non-Peeps fans will want to give it a try!