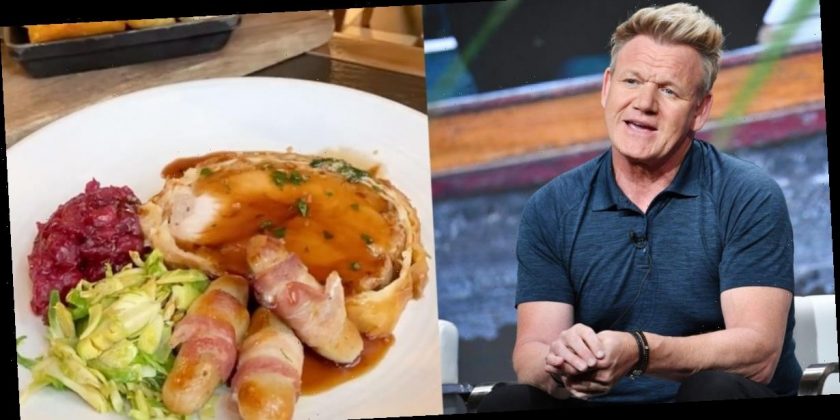 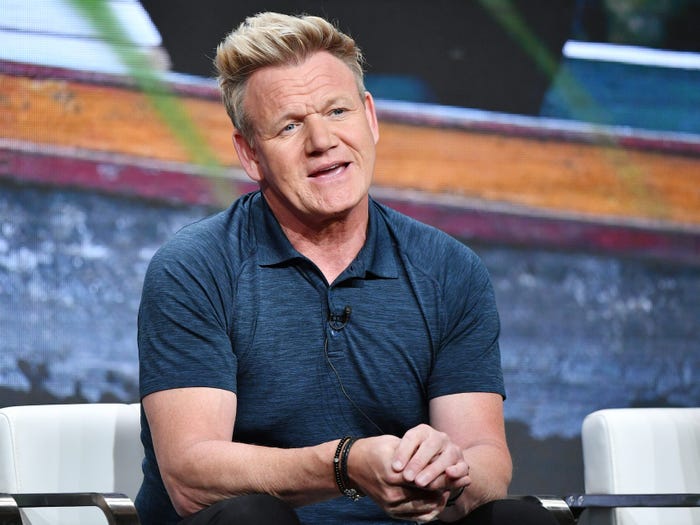 Gordon Ramsay has become famous for the shade that he throws at home cooks, but this week the "MasterChef" star is getting roasted for his own roast dinner.

Ramsay recently shared a video of one of the dishes that his Bread Street Kitchen restaurant in London will offer on Christmas.

The clip shows gravy being drizzled over a plate with turkey wellington, apricot stuffing, pigs in blankets, and cranberry sauce.

"Christmas sorted!" he wrote in the caption.

Many complained that the gravy on the turkey wellington was far too thin.

Others thought that the pigs in blankets were too undercooked, while some just wished there had been more food on the plate.

"The best, most full-flavored gravy can sometimes be the thinnest," he told Insider. "So I have to go with Gordon on this one, that's the way I'd do it."

Carter, who runs Carters of Moseley in Birmingham, England, said he believes people are criticizing the dish because they're used to store-bought gravies made with thickening agents.

"This gravy would've been made traditionally by reducing the stock really slowly, which intensifies the meat flavor," Carter said. "In my opinion, this sauce will be far lighter and far more deeper in flavor."

And for those who want to try making this gravy at home, Carter has a few tips.

"Reduce the stock from turkey or chicken really slowly, tasting all the time with some herbs, and maybe a knob of butter at the end," he said. "That'll give you a nice sheen."

Back in September, Ramsay also faced criticism for the traditional English breakfast dish at one of his restaurants

The £19 ($24.45) dish from Savoy Grill in London features two eggs, a few slices of bacon, one portobello mushroom, one grilled tomato, one link of pork sausage, and a gravy boat of baked beans.

Many of Ramsay's followers asked "where's the rest of it?" and noted that full English breakfasts are usually known for their large portions. Others listed other traditional full English ingredients that Ramsay's dish was missing, including hash browns and black pudding.

But in typical Ramsay fashion, the Michelin-starred chef didn't let all the criticism slide. Instead, he unleashed his famous "idiot sandwich" comeback.