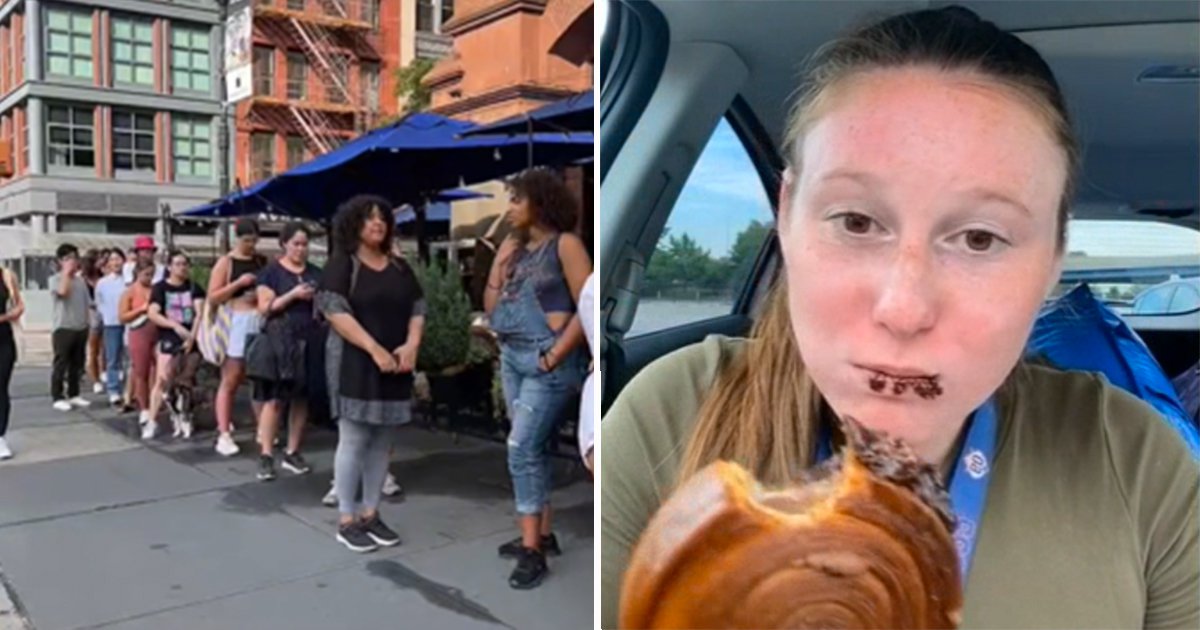 What’s so special about them?

There’s a lot of fuss in New York over $9.25 croissants that have gone viral in TikTok.

The result? Hour-long queues – sometimes up to three hours – snake around the block as New Yorkers and tourists try to get their hands on these covetable coissants.

Every morning, masses of people congregate at French bakery Lafayette, where you can pick up a pastry known for its cream filling and aesthetically pleasing flakiness.

Called the ‘Suprême’, it’s stuffed with pastry cream and topped with drizzle.

Now it’s all over TikTok and Instagram feeds, and people are patiently waiting to try the croissant and see if it’s worth the hype.

Due to the demand, Lafayette limits each customer to one croissant and offers them in two ‘drops’ – one at 8am and at 12pm.

As the bakery’s hours begin at 8am, there’s already a queue outside before the bakery even opens its doors.

Lafayette makes around 240 croissants a day, and if you’re keen to get one, word is you’ll need to line up from at least 7am for the first drop.

For the noon drop, prepare to queue for at least three hours for the oozy-creamy croissant.

The croissants come in two flavors: chocolate and a rotating flavor of the month such as pistachio, rose berry spritz, peach and pumpkin.

‘I don’t think ever in our dreams we imagined a line like this hours before opening. It’s been pretty crazy,’ Lafayette’s executive pastry chef Scott Cioe told the Today show.

He then shared how to make the viral pastry, explaining the croissant dough is molded, then cooked and then cooled before the cream-filling goes in.

The pastry chef told to The Post that he considered aesthetics when making the Suprême.

‘We knew we were gonna fill it almost like a doughnut. So we wanted it to be thin,’ he said.

Food blogger Mike Chau said the croissants were ‘one of the only things that really deserves the insane attention it’s getting from viral TikToks’.

Although, the buttery pastry has been called ‘so overrated’.

One user said: ‘I had it today and I thought it was SO overrated!!!!! Not worth 40 minutes in line…. Pretty but nothing special.’

‘Are people okay,’ questioned another user.

Each to their own.