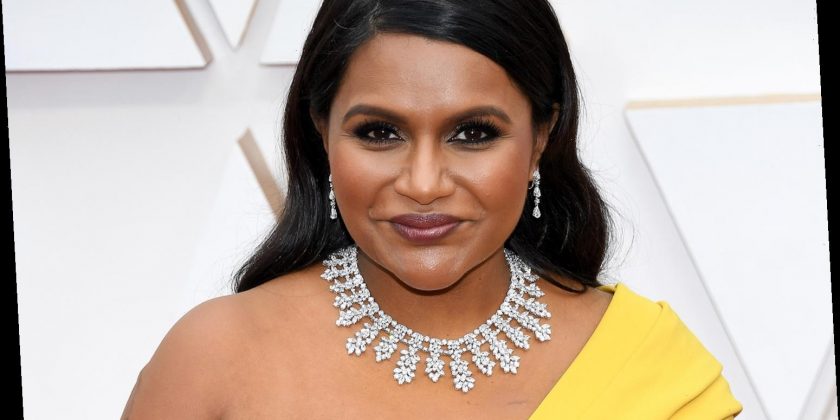 Like many of us, Mindy Kaling has spent a lot of quality time at home during the pandemic.

The Mindy Project star, 41, recently told PEOPLE that she did not leave her house for the first seven months—but she was able to keep pretty busy during that time.

"I had a couple of things, big things, that I could continue doing from home," Kaling said. "One was work on my two shows, Never Have I Ever, and this new show I have called The Sex Lives of College Girls. Also, I was pregnant, so I felt like I had a really full plate."

During all that time in isolation, Kaling also made sure to brush up on her cooking skills. "I was able to master a few recipes without actually having to look at the recipe anymore," she said. "I realized in order to do that, you have to do it three times in a row within a two week period, and then it's committed to memory." Her top favorites include her mom's chicken curry, yellow cake, and chocolate chip cookies. Kaling admits that she didn't consider leaving home until she was asked to star in Doritos' Super Bowl commercial. "It was at a period during the pandemic where I had not left my home in seven months, so [the producers] were like, 'Do you want to get dressed up, have hair and makeup, and wear a custom made dress by Saul Perez and do an ad with Matthew McConaughey and Jimmy Kimmel?' It was the easiest thing to say yes to."

Aside from working alongside McConaughey and Kimmel, the Mindy Project star really appreciated being reminded of what people look like, sans-mask. "The crew would say 'action' without our masks on and I was like, 'Oh my God, this what people look like from the nose down. What a joy,'" she joked. "The commercial kind of lives in this reality where COVID doesn't exist, and I was so happy to be part of something like that."

Mindy Kaling Reveals the Sweet (and Subtle!) Hollywood Inspiration Behind Her Children's Names

Dorito has released a few teasers of their annual ad for Super Bowl LV, one of which featured Mindy Kaling and Jimmy Kimmel. In one of the clips, Kimmel encourages Kaling to "be cool" regarding "Flat Matthew's" new look. The clip abruptly cut off with a gasp from Kaling that left fans wondering who exactly this "Flat Matthew" character really is.

In a second teaser, the identity is revealed to be actor Matthew McConaughey, 51. In the clip, two children notice a dog walk past their driveway and one of them asks their mom, "Why is that dog flying a kite?" While the other asks, "Why does the kite look like Matthew McConaughey?"

The full spot airs Sunday, February 7 during the Super Bowl.