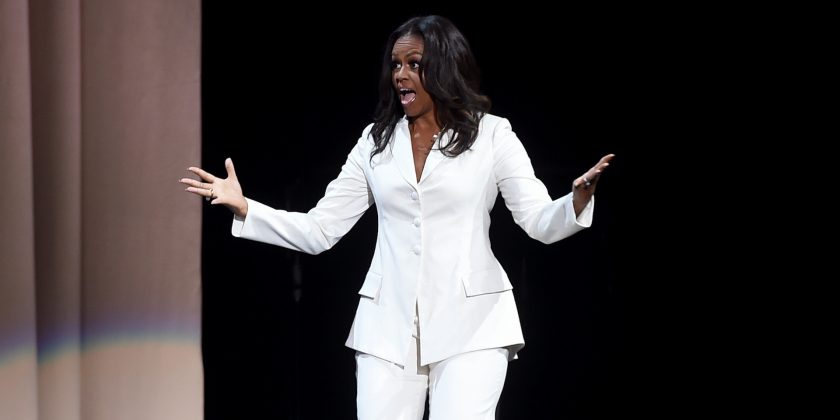 There’s no doubt Michelle Obama’s new memoir, Becoming, is a must-read. Thanks to Becoming, we learned about the former first lady’s struggles with infertility (and subsequent miscarriage). We learned that Barack and Michelle once sought marriage counseling, and we also learned Michelle Obama didn’t want her husband to run for president. She was afraid a run would “really bang us up.” However, one of the most surprising revelations in Becoming is actually a minor one.

According to Obama, her family — and all first families — are responsible for paying for their own food while in the White House.

Obama spoke about the strange fact on Jimmy Kimmel Live! after Kimmel prodded for more information.

“One of the most interesting things I learned from your book is that the president, the first lady, the family — you have to pay for your food while you’re in the White House,” Kimmel said.

But Obama believes the system makes sense. “Rent is free. Staff is free. So, you know, we shouldn’t be mooching off of the taxpayers,” Obama said, “but it’s a little shocking because nobody really tells you this stuff.”

She also noted that the family had to be careful what they ordered because the White House staff would bring you anything and everything you wanted.

“They let you get whatever you want. Like, if you say you want some exotic fruit — then you get the bill for a peach, and you’re like, ‘That was a $500 peach!’” Obama said. “I used to tell Barack, ‘Barack, do not express pleasure for anything unless I know how much it costs.’”

Of course, that may sound funny coming from the former first lady, but we get it. We understand. Because at the end of the day, Michelle Obama is a wife and mother — one who, regardless of her address, is (and was) trying to manage the logistics of family life and balance a budget.