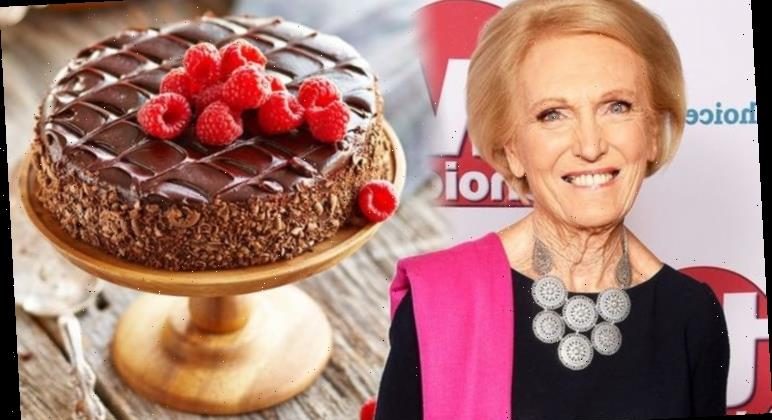 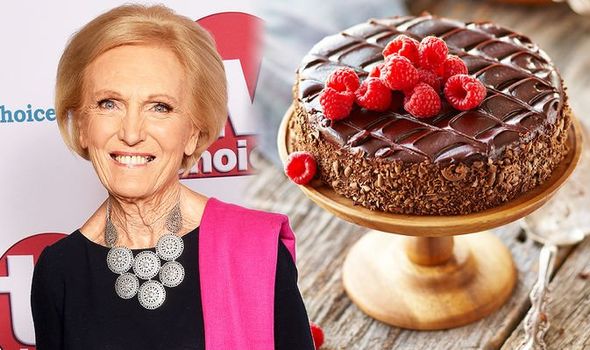 Mary previously shared the recipe for her chocolate cake during an appearance for Lakeland.

She stated: “I’m going to show you how to make my very best chocolate cake.

“This chocolate cake is made by the ‘all in one’ method which is so easy.”

The baking legend began by adding cocoa to a bowl with two tablespoons of boiling water.

She gave the mixture a quick whizz with an electric whisk until it was “well whisked” and resembled a paste.

She then added three eggs to the mixture, followed by softened butter.

The golden caster sugar, self-raising flour, baking powder and milk are then added in that order.

Mary commented: “I do it in this order because I find the liquid egg helps to gather everything in.

“Because this is the ‘all in one’ method, I’m going to add just a little baking powder. No need to sieve it.”

Once all the ingredients are in, Mary stated the mixture should be beaten until smooth. 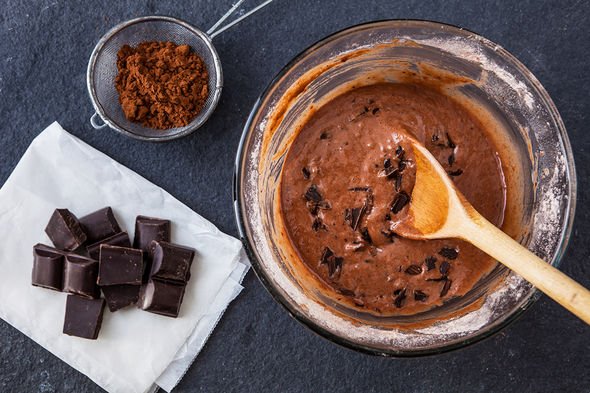 She did this using an electric whisk, beginning slowly until well mixed.

Once ready, the mixture can split between two tins that have already been greased.

After the cakes have cooled, they can be decorated with the chocolate ganache.

This was made by mixing equal parts of double cream with chocolate that was broken into small chunks.

The double cream should be heated until almost boiling before the chocolate is added. 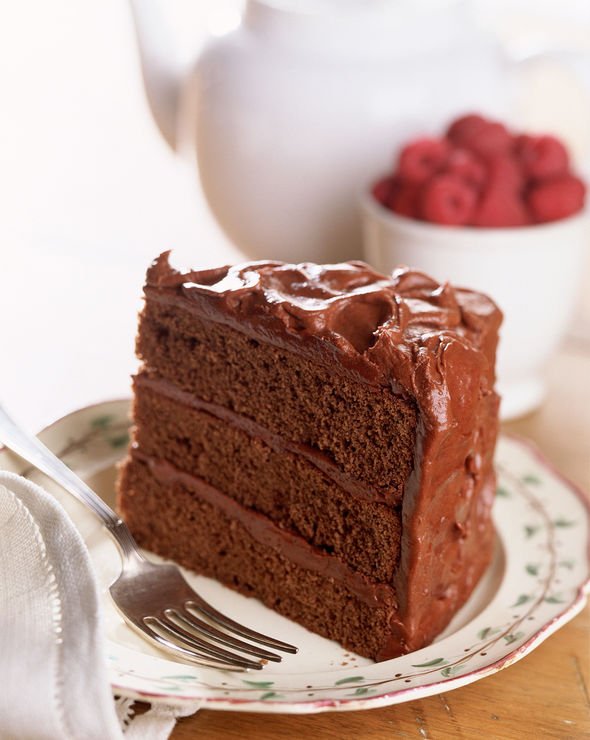 She continued: “The heat of the cream will melt the chocolate. Just stir it all the time.”

To assemble the cake, Mary began by spreading the first layer with apricot jam and half the chocolate ganache.

The next layer should be placed on top and Mary spread the final layer of jam and ganache.

Mary added: “If you want further decoration, you could put some white chocolate on top.”

She explained white chocolate could be shaved a placed on top of the cake if desired.