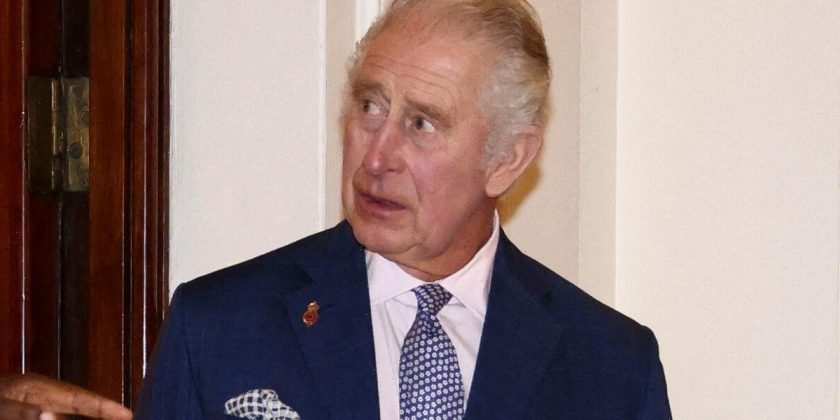 King Charles, 74, has reportedly taken the dish foie gras off all royal menus, especially at the traditional home of the British monarch, Buckingham Palace. The father of two has apparently made a major change to his royal residences, choosing to prohibit the controversial dish from being served by the royal kitchens.

The late Queen’s eldest son has been praised by the animal rights organisation PETA (People for the Ethical Treatment of Animals) for his decision to ban the French delicacy foie gras from all menus served at his royal residences.

The 74-year-old royal has long had a distaste for the divisive luxury dish, which is made from an abnormally enlarged duck or goose liver.

A spokesperson from PETA said: “As Prince of Wales, King Charles removed foie gras – a despicable product for which ducks and geese are force-fed until their livers swell up to 10 times their natural size before the animals are slaughtered – from his royal residences.

“Now, Peta has received confirmation that His Majesty’s compassionate policy extends to Buckingham Palace and all other royal residences.”

It has been reported that all the royal residences have not served foie gras for the last 10 years, meaning Her Late Majesty Queen Elizabeth II most likely implemented the rule banning the controversial dish herself.

Foie gras translates to “fatty liver” in English. The gourmet dish, which is made as a result of a liver disease called hepatic steatosis, is widely known as one of the most expensive delicacies in the world.

According to AnimalEquality, the process of making foie gras is one that has long raised ethical questions. Once the birds are eight weeks old, they are force-fed for up to four weeks via metal tubes to enlarge and richen the liver.

The website says: “This process, also known as ‘gavage’, is repeated multiple times a day. The force-feeding causes the birds’ livers to swell up to 10 times their natural size.”

Charles has long been an advocate for sustainability, so his move to ban the serving of foie gras is not entirely surprising.

The climate-conscious King chooses to follow a mainly plant-based diet in order to reduce his carbon footprint.

“For years I haven’t eaten meat and fish two days a week and I don’t eat dairy products one day a week,” the royal told the BBC in 2021.

Foie Gras is illegal to make in the UK, but not to sell. Those who critique the making of the controversial dish argue that it amounts to the torture of animals.

Carolyn Robb, a former royal chef, spoke to Channel 5 about why the divisive dish was prohibited by then-Prince Charles.

She said: “Foie Gras was one thing that we never served in the royal household, [Prince] Charles being so very keen to promote good animal husbandry.

“Obviously he was very against the way that Foie Gras is produced. All those things that involved any kind of cruelty or maltreatment of animals.”

On Tuesday, King Charles made history as he hosted the first State Banquet of his reign in honour of the South African presidential visit from President Cyril Ramaphosa.

The momentous royal occasion came with a decadent royal menu, meticulously prepared by Buckingham Palace chefs, with certainly no Foie Gras. Earlier in the week, the Royal Family’s official Instagram account gave a rare glimpse inside the kitchens at the palace.

Chefs were seen working tirelessly to prepare seasonal produce, as well as perfecting a stunning intricate dessert ahead of the prestigious event. A look at the official menu for King Charles’ first banquet as monarch saw that guests were required to read their menu in French.

This is a protocol that has long been a tradition since before the late Queen Elizabeth II’s reign. “If the Queen hosts a dinner at Buckingham Palace, the menu is normally in French”, King Charles’ former butler Grant Harrold told The Huffington Post.

“When she and the Duke of Edinburgh hosted dinner following the wedding of the Prince and Princess of Wales, it was done in their style, with the menus in French.”