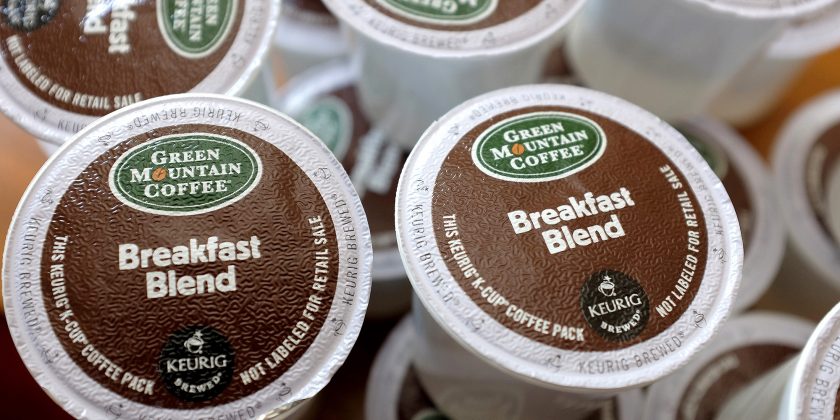 The founder of Keurig coffee machines is opening up about how the brand has transformed the coffee world — and the negative effects it could have on the environment.

John Sylvan, who sold his share of the company in 1997, says he doesn’t even own a machine himself.

“They’re kind of expensive to use,” he told The Atlantic.

According to the article, nearly one in three Americans have a pod-based coffee machine, and in 2014, enough K-Cups were sold that “if placed end-to-end, they would circle the globe 10.5 times.”

Although many companies are taking initiatives to reduce waste by eliminating the option of using a straw, K-Cups have yet to be made in such a way that they can be recycled.

RELATED: Why Starbucks And Other Companies Are Ditching Plastic Straws To Help Save the Environment

After Keurig was acquired by Green Mountain in 2006, the company pledged to make recyclable K-Cups by year 2020.  But Sylvan disagrees: “No matter what they say about recycling, those things will never be recyclable,” he says. “The plastic is a specialized plastic made of four different layers.”

“I feel bad sometimes that I ever did it,” Sylvan says about creating the machines.

The only way to recycle a cup is to disassemble it into paper, plastic and metal components, according to Monique Oxender, chief sustainability officer.

RELATED:Keurig CEO Backs Down in Response to Sean Hannity Boycott

People are now signing a petition on KillTheKCup.org to help bring more awareness to the growing waste produced by K-Cups.

“We’re not asking the manufacturer to change. We’re demanding governments kill the K-Cup” the site says. “Cities like Hamburg, Germany have already done it. Other places are already banning plastic straws and bags. Why not non-compostable K-Cups? Our voices and actions are the most powerful weapons we have. Demand change. Sign our petition and join the fight to Kill the K-Cup.”