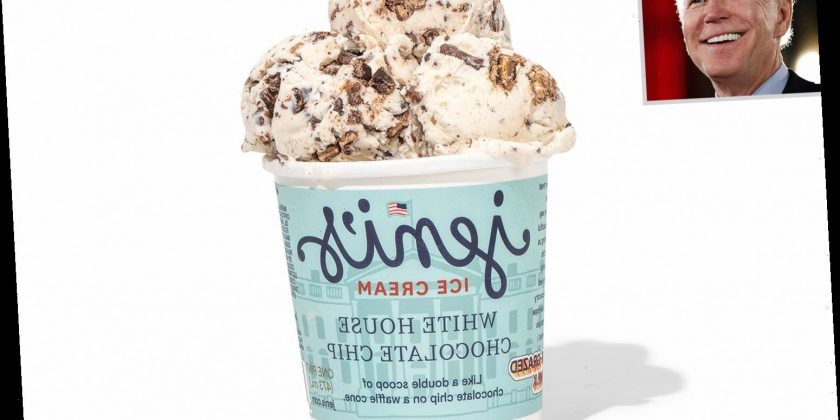 Biden, 78, a self-proclaimed "ice-cream guy," is often seen with the frozen treat and first fell in love with Jeni's and their chocolate chip flavor in 2012. More recently, he called a pint of Jeni's his "performance enhancer" before going into a debate.

As a tribute to Biden's go-to order of a double scoop of chocolate chip in a waffle cone, Jeni's has created "White House Chocolate Chip," which includes crunch chocolate flakes and chocolate-covered waffle cone pieces in a vanilla ice cream, according to a press release.

The new flavor will be available online beginning Jan. 8 and in scoop shops on Jan. 14. The pint comes in a patriotic blue and red container with a picture of the White House and an American flag. According to the release, the recreation is not a political move  — "it’s about the power that ice cream has in bringing us all together, which has been Jeni’s mission since founding her company in 2002."

This isn't the first time Biden has inspired an ice cream flavor. Back in 2017, the former vice president received a Biden-themed ice cream from Cornell Dairy ahead of speaking at Cornell University’s convocation ceremony that spring.

According to the Cornell Daily Sun, Cornell Dairy quality manager and academic programs coordinator, Deanna Simons, contacted Biden’s undergraduate alma mater, the University of Delaware, to do some research and discovered that according to the UDairy Creamery, there had never been an ice cream named after Biden.