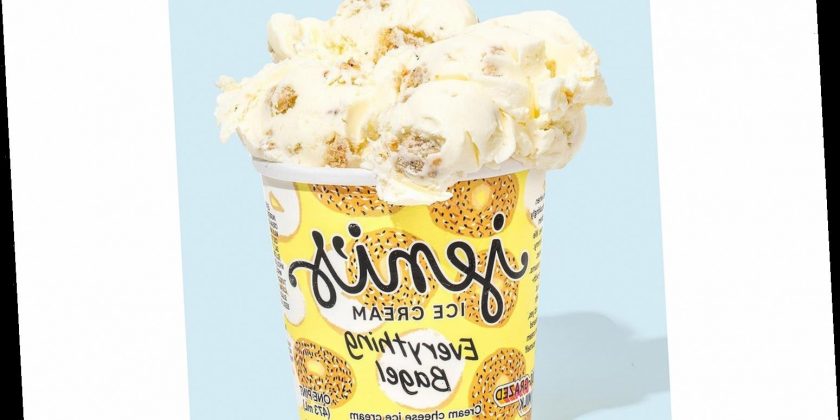 The iconic flavors of an everything bagel have been turned into seasoning blends and potato chips (among other things) with great success, but do they really belong in ice cream? Jeni's sure thinks so.

Jeni's Splendid Ice Creams unveiled its controversial new Everything Bagel flavor on Instagram on Monday, and according to the company, it's "the flavor you never knew you wanted."

The pint features "Buttery streusel laden with sesame, poppy seeds—and yes, onions and garlic—woven throughout subtly sweet cream cheese ice cream. Acceptable to enjoy at any time of day," the company explained in the announcement.

The flavor is part of the limited edition "Ice Cream for Breakfast Collection" which includes five fresh pints inspired by breakfast treats. Aside from Everything Bagel the other flavors in the batch include Coffee with Cream & Sugar, Honey Vanilla Bean, Skillet Cinnamon Roll, and Wildberry Lavender.

Unsurprisingly, fans have had mixed reactions. Some people expressed their excitement in the comments saying, "Where can I find this nowwww?!" While others were less than thrilled: "I'm calling the police," one commenter joked.

If you're intrigued enough to try the ice cream for yourself, pints are currently available for $12 at Jeni's Splendid Ice Cream shops and on their website for a limited time.

Over 11,000 Cartons of Ice Cream Are Being Recalled After Customer Discovers 'Piece of Metal' in Container President Biden, who is a self-proclaimed "ice-cream guy," is often seen with the frozen treat and first fell in love with Jeni's and their chocolate chip flavor in 2012. More recently, he called a pint of Jeni's his "performance enhancer" before going into a debate.

"White House Chocolate Chip" includes crunch chocolate flakes and chocolate-covered waffle cone pieces in a vanilla ice cream, according to a press release. The pint comes in a patriotic blue and red container with a picture of the White House and an American flag.