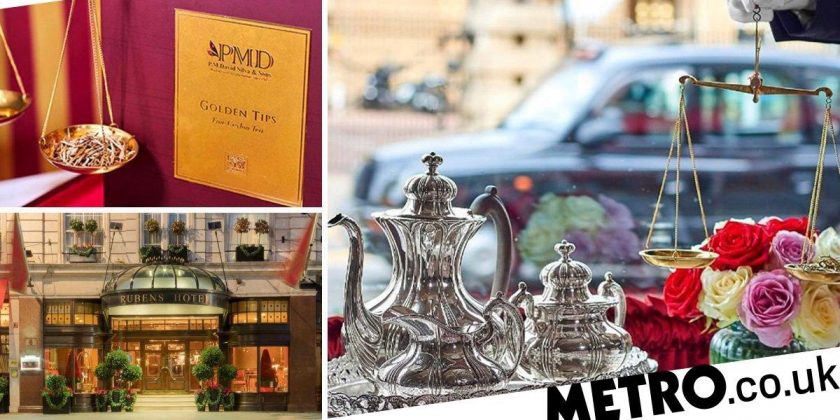 There are plenty of places in London to get a good cup of tea but this could be the most expensive.

The tea is available at five-star luxury hotel The Rubens at The Palace, alongside an afternoon tea, which costs £45.

The hotel in Westminster has teamed up with ta merchants PMD tea to source the tea.

It’s produced in the highlands of Sri Lanka, with tea pluckers picking it by hand and drying it on a velvet cloth to turn the buds from silver to gold, giving it it’s name.

It is, quite rightfully, served at the hotel with a bit of ceremony – the delicate tea is weighed with precision at The Rubens using golden scales, and each tip is then placed into the silver teapot individually with golden tweezers.

The tea is infused with still mineral water to produce what the hotel describes as ‘an extraordinary liquor and a smooth, light and mellow texture, with hints of fruity notes.’

You can enjoy it with a selection of scones, finger sandwiches and pastries.

The tea leaves can be infused up to three times and apparently the flavour profile changes each time.

Apparently this type of tea has a history of exclusivity and the cost hasn’t changed much since the Victorian era.