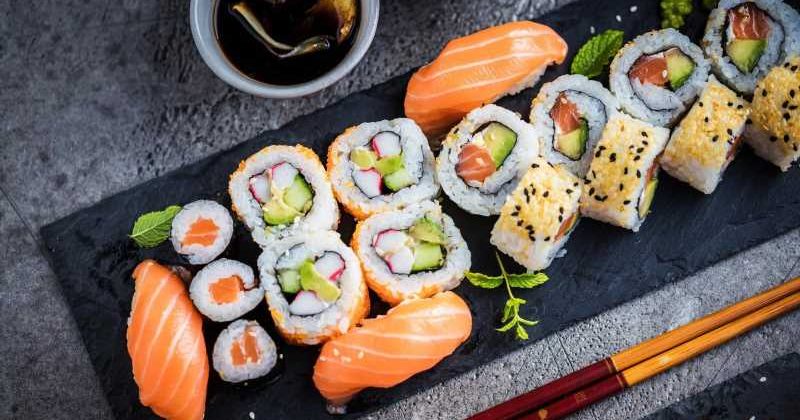 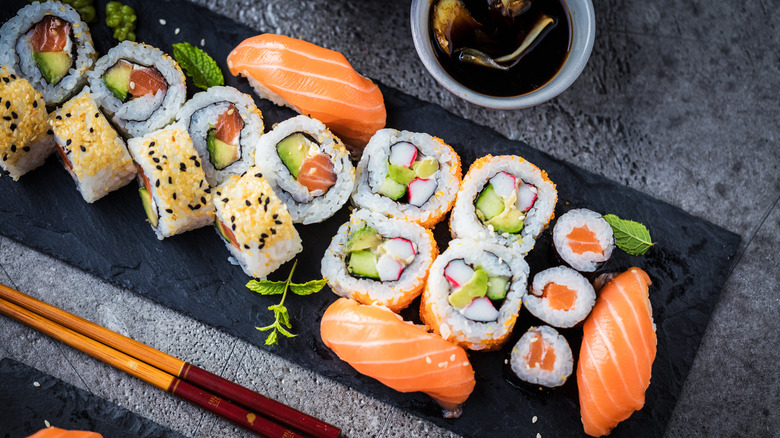 When you’re looking for a quick option at lunchtime, or don’t feel up to cooking after a long day, the supermarket can be a godsend. Most markets have a deli department where you can pick up a quantity of pre-made entrées and side dishes for no-fuss meal planning. Among those options is sushi; depending on where you shop, you can pick up a tray of anything from California rolls to salmon nigiri, complete with disposable chopsticks, soy sauce, and a dab of wasabi. What could be easier?

Still, for some, the idea of eating sushi from a grocery store seems as unthinkable as ordering steak at a vegan restaurant — not to mention as risky as eating picnic potato salad left out in the sun for five hours. How could raw fish possibly be edible anywhere but at a restaurant? The answer may surprise you (and leave you breathing a sigh of relief). 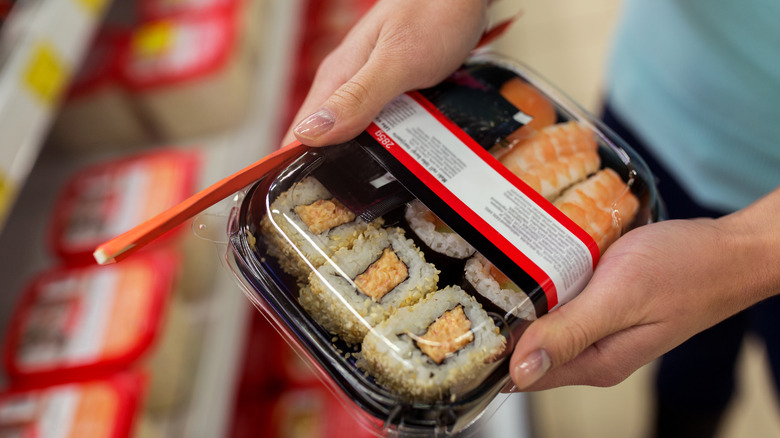 Supermarket sushi is actually less sketchy than you might think. According to experts who spoke to Health, most of the rolls sold in chain markets are assembled and packaged in one of six large fish factories, all of which are required to meet federal health and safety standards. The sushi is then quickly distributed to major outlets such as Trader Joe’s.

Proper storage is the key to sushi safety. If your grocery store doesn’t keep their sushi packages in a refrigerated case, that’s a hard pass. Once you do buy it, put it in the fridge if you’re not going to eat it right away. You can safely eat raw-fish sushi up to three days after purchase, and cooked or vegetarian sushi will keep about five to seven days. But once the expiration date passes (check the label), toss any uneaten portion. Surprisingly, the biggest health hazard associated with prepackaged sushi isn’t the fish, but the rice. Food-safety expert O. Peter Snyder, Ph.D., tells Health that rice left out at room temperature for extended periods of time develops a harmful bacteria called Bacillus cereus.

The real issue with supermarket sushi is quality. As sushi connoisseur Trevor Corson told Thrillist, nothing compares to the exquisite taste of sushi prepared on the spot by a seasoned chef with access to good fish suppliers. Sushi made-to-order is slightly warmed by the handling, which releases the flavors and makes for an experience far superior to eating chilled day-old rolls.