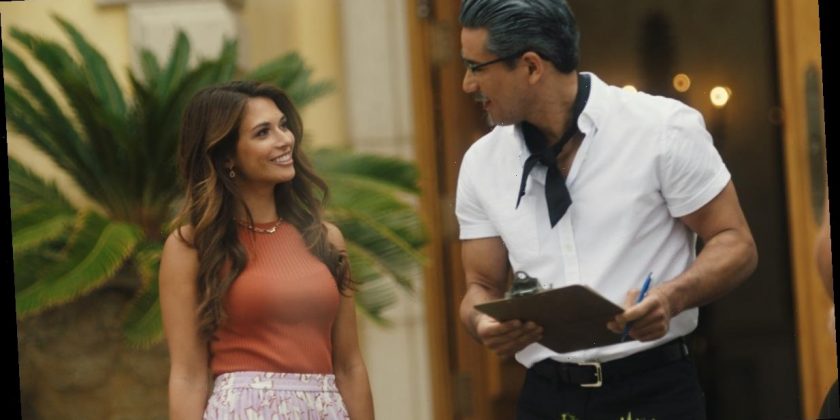 The holiday season is a big deal for specific industries. Toymakers go into overdrive; the postal service makes tons more deliveries than usual, tree farms hurry to sell their evergreens. It’s the pinnacle of its original releases slate for Lifetime, with dozens of brand new holiday-themed romance films arriving in eight weeks. This year, the cabler has produced over 30 films, from Christmas on Wheels to The Christmas Aunt to Feliz Navidad. But one trailer has fans scratching their heads; asking is Lifetime’s KFC movie with Mario Lopez real? This chicken-fried love story is no joke.

A casual viewer would be forgiven for assuming the following trailer is a parody or a bizarre ad campaign by Kentucky Fried Chicken’s parent company Yum! Brands. KFC is known for it’s weird and wacky advertising slates, with an ever-changing cast of self-aware actors in the role of Colonel Harland Sanders. The character has been portrayed by everyone from Saturday Night Live alums like Darrell Hammond and Norm Macdonald to Game of Thrones actor Hafþór Júlíus Björnsson and WWE wrestler Dolph Ziggler. Even singer Reba McEntire played a singing Sanders at one point.

With so many actors stepping in and out of the role, it wouldn’t be a big surprise for the company to cast Mario Lopez in a Lifetime spoof. The actor is already is known for his turns as the romantic lead in multiple Lifetime holiday films (the aforementioned Feliz Navidad, for example) and his comedy role in the current Saved By the Bell reboot. Such a parody would be perfect.

There’s just one small thing. This trailer? It’s not a spoof.

Yes, Virginia, there really is a short film (Lifetime is billing it as a "mini-movie") called A Recipe for Seduction. Here’s the official synopsis:

There’s even a poster. Before anyone else gets carried away writing steamy fast food slashfic, I’d like to be clear about this: This "mini-movie" is just an ad.

It’s a long ad, to be sure. The TV listings schedule on Lifetime’s website has A Recipe For Seduction premiering at noon on Dec. 13 and blocks off a runtime of 15 minutes. But though it’s billed as a collaboration between KFC and Lifetime, it’s still an ad for fried chicken. Even if it gives a whole new meaning to the phrase "Finger-Lickin’ Good."