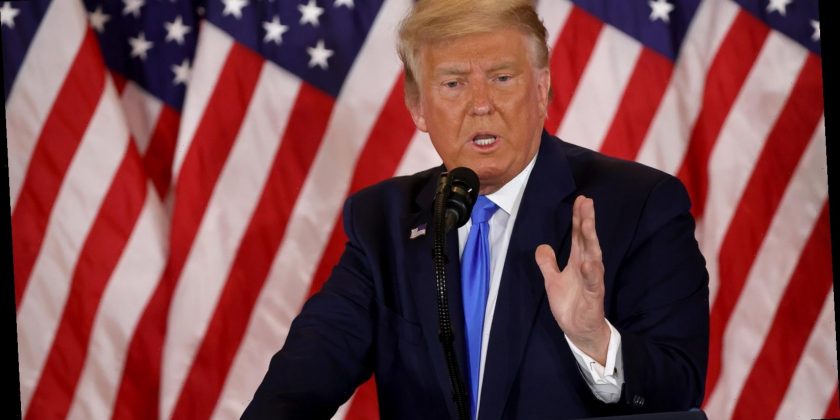 When President Trump leaves office, it’s a pretty safe bet that his civilian plans won’t include writing a cookbook. Unlike his predecessor Barack Obama, whose meals were heavy on vegetables and lean proteins and light on carbs, Trump’s fondness for more processed fare is well-documented. Even as far back as 2010, when he was merely the host of The Apprentice and not a political figure, he was featured in Us Weekly‘s “25 Things You Don’t Know About Me” section, and six of those items were about comfort food. Among those revelations: he likes hamburgers, See’s Candies, and cherry-vanilla ice cream, and he eats only the toppings off pizza, leaving the crust.

Then in 2016, during the early days of the presidential campaign, Trump told CNN that he enjoys McDonald’s foods, particularly Big Macs, Filet-o-Fish, and Quarter Pounders with cheese, along with the occasional KFC chicken. He added that the strict sanitation standards of fast-food chains appeal as much as the food: “I think you’re better off going there than maybe some place that you have no idea where the food is coming from.”

Things haven’t changed much in the decade since Trump gave those interviews. While First Lady Melania Trump has committed to maintaining the White House vegetable garden that Michelle Obama planted in 2009 (per Bustle), it appears that the harvest doesn’t make its way onto the President’s plate very often.

The President has simple tastes — but not healthy ones

A look at eyewitness reports of Trump’s eating habits over the years reveals that the 45th President is a man of basic tastes. Per Business Insider, Trump has said that “if I can, I’ll avoid breakfast,” but when he does eat a morning meal, it’s either a hearty eggs-and-bacon combo — “bacon medium and the eggs over-well” — or else a bowl of Raisin Bran or another all-American cereal. Lunch, too, is minimal (he told Us Weekly, “I eat at my desk”), although one of his favorite midday meals is meatloaf sandwiches (per CNN).

Dinner, on the other hand, is often a hearty meal. Not surprisingly, Trump enjoys a good steak, as long as it’s done to his liking. In an interview with The New York Times, the President’s former butler revealed that Trump prefers his steak so well done that “it would rock on the plate.” He also coats it with ketchup. When hosting Prince Charles and Camilla, Duchess of Cornwall, at the White House in 2019, the Trumps served a dinner that seemed to have been chosen with the president, not the royals, in mind: filet of beef, Pommes Anna, a.k.a. butter-laden potatoes, and vanilla ice cream (via InStyle).

Officials must cater to the president's tastes

Nor is Trump especially interested in expanding his palate. As The Washington Post reports, during a trip to India this past February — where the majority of citizens shun beef — both the President and First Lady turned down the vegetarian food at a high tea prepared in their honor. (To be fair, however, the samosas did contain broccoli and corn, rather than the traditional potato-and-pea filling, and reportedly none of the guests were fans.) Instead, they retreated to their hotel, which had been stocked with Trump’s preferred treats of cherry-vanilla ice cream and Diet Coke.

Back at home, the White House chefs are also used to catering to the President’s tastes. A reporter for Time followed Trump’s routine one evening and noted that at dinner, he was the only one given something other than water to drink (Diet Coke, natch), along with a different dressing for his salad, an extra serving of sauce for the chicken dish, and two scoops of ice cream instead of one to accompany the dessert of chocolate cream pie.