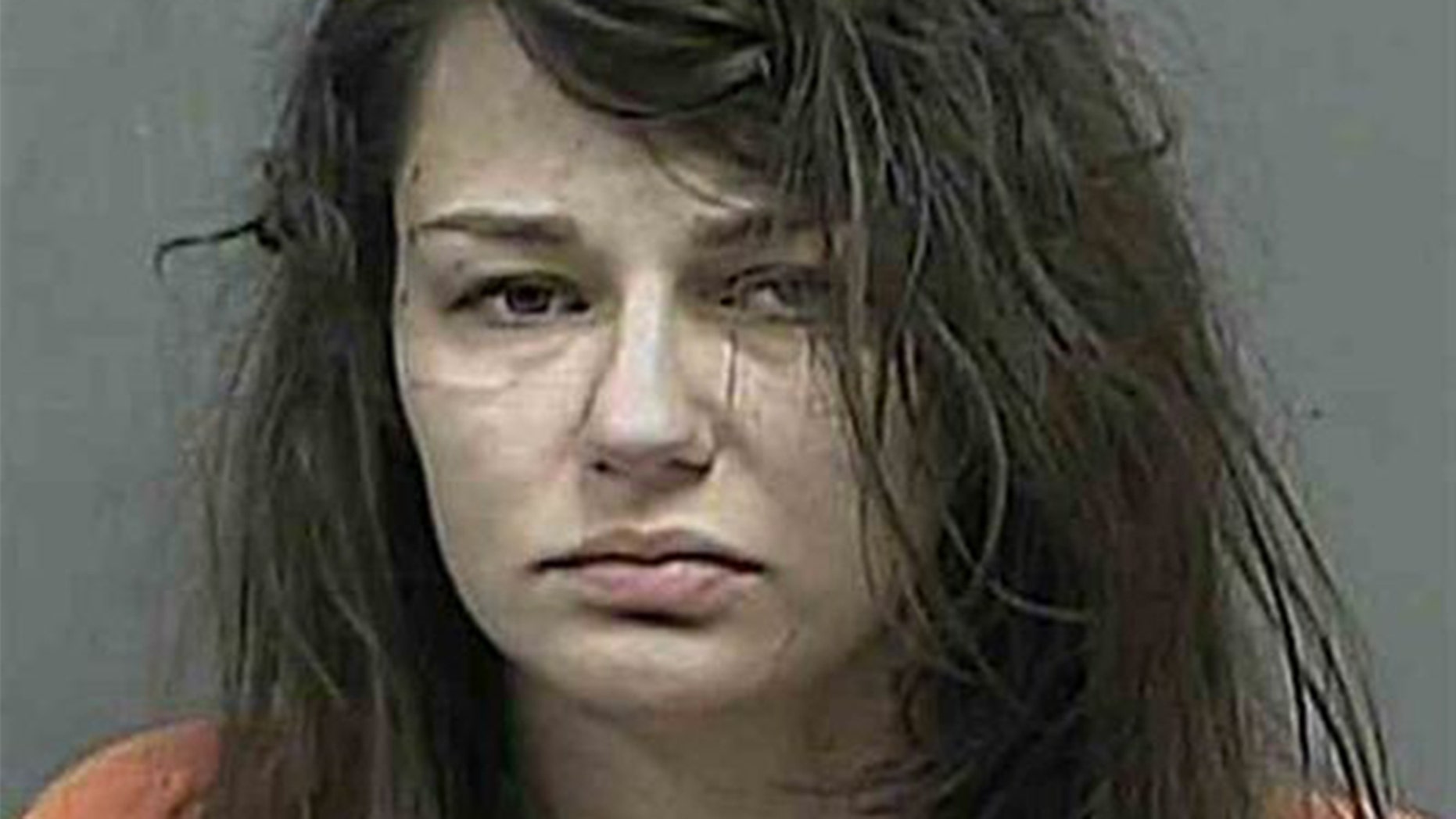 Harley C. Morton was arrested Tuesday after an employee at Cook Out in Kingsport called police to report a woman falling through the restaurant’s ceiling.
(Kingsport Police Department)

Maybe she just thought they were running low on buns.

A half-naked 26-year-old woman fell through the ceiling of a Tennessee burger-and-barbecue joint earlier this week – not once, but twice – before being apprehended by police in the dining room.

Harley C. Morton was arrested on Tuesday night after an employee working at Cook Out, a burger-and-barbecue joint in Kingsport, called police around 10 p.m. to report seeing a woman busting through the ceiling tile. The woman was able to pull herself up and retreat back into the ceiling, according to a police report obtained by The Kingsport Times-News.

Officers arrived to find slight damage in the kitchen, and recovered what appeared to be the woman’s wallet on the roof. While officers were still in the premises, the woman fell through the tile again, landing on the floor of the kitchen before trying to exit through the dining room.

That's when police saw Morton wearing nothing from the waist down, the Times-News reported.

Police believe the woman may have entered into the building’s ceiling by removing a screen on the roof. She was transported to a local jail and charged with criminal trespassing, vandalism and disorderly conduct.

In June, a Mexican restaurant in Garden Grove, Calif., experienced a similar incident when a woman who had asked to use the restroom climbed into a crawlspace, crawled into the ceiling, and eventually crashed through into the kitchen. One of the patrons who recorded the incident described the woman as a “crack head,” though police did not confirm if the woman was on drugs at the time.

The woman who fell through the ceiling in June was treated for minor injuries.