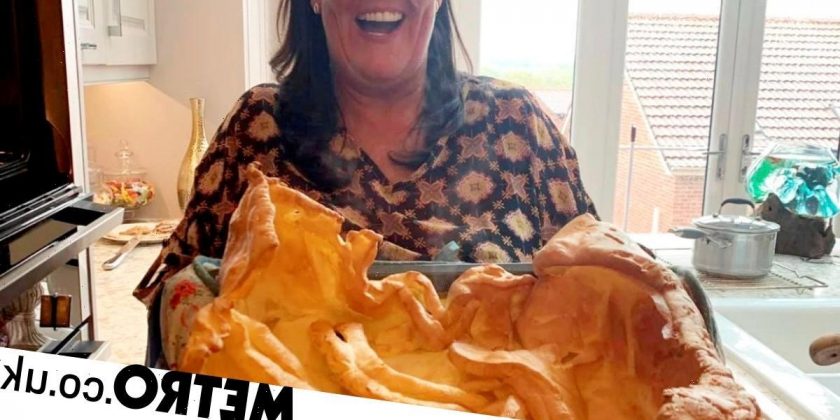 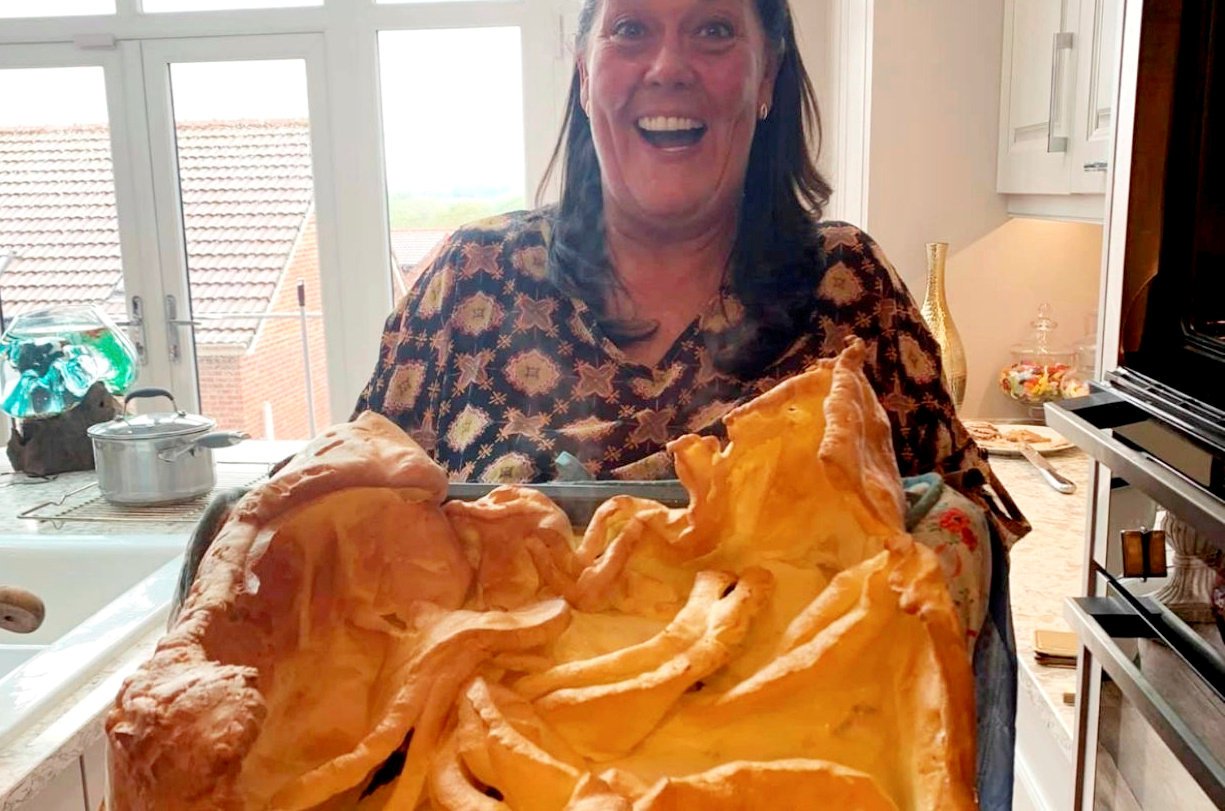 Admirers of this grandmother’s Yorkshire puddings say they’re so big they could be ‘used as a boat’.

Victoria Rushton’s home cooking has earnt her countless online fans after she shared a picture of her massive 23inch Yorkshire puddings – which fill her entire oven.

Victoria Rushton uses a family recipe to create her giant oven-baked treats which includes ‘plenty of eggs’, water – and even a splash of gravy.

And after baking them in her oven for 20 minutes, the result is a whopping pud that measures roughly 23inch (60cm) by 21inch (55cm).

Her huge roast dinner delicacies gained online fandom when her daughter tagged her in a post on Facebook asking for the best Yorkshire puddings.

When she shared her family favourites, Victoria was ‘blown away’ by the response which had garnered thousands of comments.

Victoria, 55, said: ‘I was just like wow. My daughter asked me if I had seen the post and I hadn’t.

‘It was just absolutely wow – I just couldn’t believe it.

‘People were saying that would like to see the size of my oven and things like that but it’s just a normal size oven.

‘They were saying stuff like “look at that size of that Yorkshire pudding oh my god” and everyone was just commenting about them.’

Victoria, a shop owner, says she’s been famous in her family for making huge Yorkshire puddings, after she was taught how to make them by her late father-in-law, Frank, 35 years ago.

She said she normally serves her puds with “loads of roast potatoes”, mash, carrots, cauliflower cheese, broccoli and whatever meat she fancies that day.

Victoria creates her huge Yorkshires in the oven on a deep baking tray that takes the whole shelf up.

Her secret for huge puddings is to use ‘plenty of eggs’ and use an equal mixture of water and milk to help them rise.

She also adds the puddings to a really hot tray and adds a portion of the pudding mixture to her homemade gravy to thicken it up.

But when her daughter saw entries in a competition online for the delicacy, she thought her mum’s left the rest in the shade.

Then when Victoria placed a picture online a Facebook page, it made her creation ‘pudding of the week’ and added: ‘You could put to sea in that!’

Victoria, of Barnsley, South Yorks., went on: ‘My daughter messaged me saying “you should get one of yours on there – they’re better than any of these” So I put one on.

‘I always make them that big, unless it’s just for me and my husband. They’re big enough for six.

‘My late father-in-law showed me how to make the mix, and they always rise as big as that.