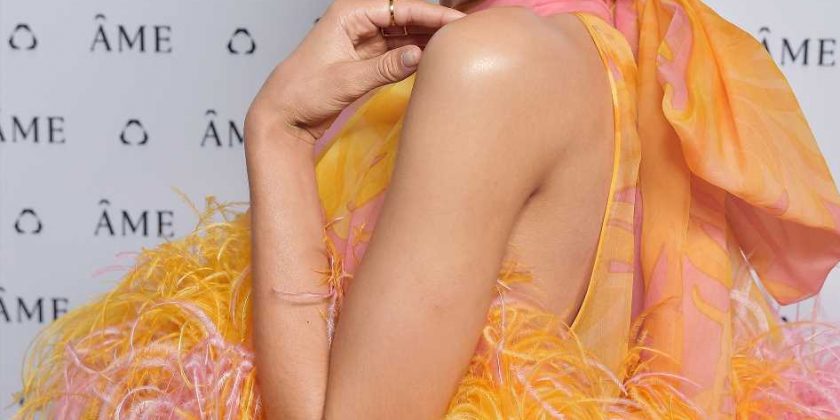 When you’re Zendaya, there’s no time to head to the store!

According to Postmates’ blog The Receipt (shared exclusively with PEOPLE), the Euphoria actress has spent more than $16,000 getting deliveries on the app since 2015.

From Crest 3D White toothpaste and floss sticks to pizza slices and garlic knots, the 22-year-old has ordered 833 items on the app.

On one particular day, the Smallfoot actress ordered some hygiene must-haves from CVS Pharmacy, including mascara, a foot file, a cuticle nipper, body polish, and three types of nail polish.

But the Oakland native’s most on-brand order? Three pints of Häagen-Dazs ice cream in January 2016.

It looks like Postmates isn’t the only one that knows about Zendaya’s ice cream obsession. Earlier this week, during a Q&A session for her upcoming HBO show Euphoria, a fan asked the star out on a date to a local ice cream parlor.

“Yo, if I had time I would because I love ice cream and I appreciate that,” she responded, according to Page Six.

Perhaps Zendaya’s affinity for ice cream comes from a strange talent of hers: she can eat it with her teeth!

“I eat my ice cream with my teeth,” she previously said in a Vanity Fair video. “I know that sounds weird because people have sensitivity … but I don’t. I don’t feel it — it doesn’t hurt. It’s a special talent of mine.”

In 2011, while she was still starring on Disney Channel’s Shake It Up, she proved that she takes her ice cream — specifically, Häagen Dazs — obsession very seriously.

“yes, I have an ice cream lock!! don’t mess with me and my Haagen Dazs,” she wrote on Instagram, sharing a photo of a Häagen Dazs pint with a literal lock.

If that wasn’t enough proof of her love for the frozen dessert, the star has tweeted about ice cream over 60 times.

A week before her 2016 birthday, the Disney Channel alum made four different orders on the same day.

At 10 a.m, she got a garden omelette, a strawberry banana smoothie and two other items from The Nook Restaurant. That afternoon she placed two separate Gala Thai orders: one of chicken teriyaki and another of fried rice with yellow curry. In the evening, she sent in an order for some Mexican cuisine and got a cheesy gordita, some nachos and a taco.

Zendaya’s most expensive order on the app was an inflatable bed from Target. On Christmas Eve in 2016, the star got a meal from Veggie Grill: Gluten Friendly Crispy Fries, Kale Salad and Grilled Quinoa.

Despite the taco order, it looks like Zendaya is learning to love avocados.

Last year, she tweeted: “I’ve forced myself to like avocado this year.. I’m not at the ‘eat it plain with a spoon’ stage yet but…I like it.”