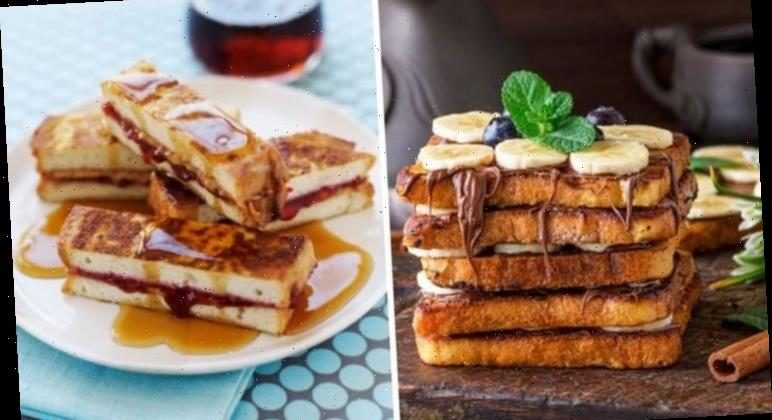 French toast dates back to the fourth century and is mentioned in the Apicius, a book of Latin recipes. In the fourteenth century, it was known as Arme Ritter in German or Poor Knights. In France, it is known as pain perdu, which literally means lost bread. This name reflects the fact that you use stale or day-old bread to make it. Express.co.uk talks you through BBC Good Food’s french toast recipe.

How to make French toast

This recipe serves four and takes 20 minutes to make.

READ MORE-  How to poach an egg 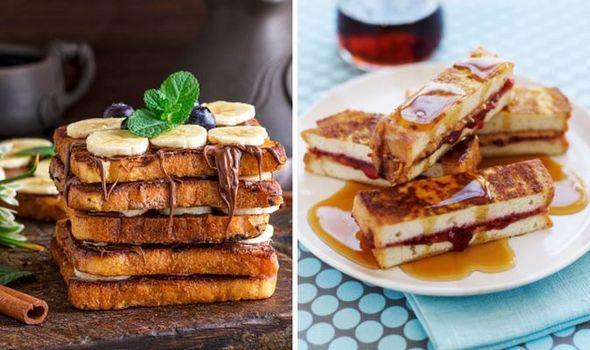 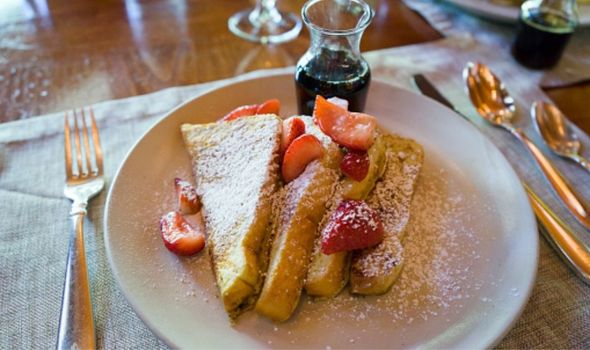 Whisk together the eggs, milk, cream, vanilla and cinnamon.

Lay the brioche slices in a single layer in a shallow dish and pour the egg mixture over them. 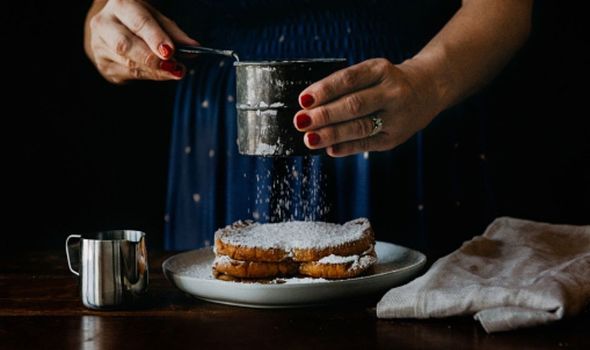 Heat one tablespoon of the vegetable oil and butter in a non-stick frying pan over medium heat until foaming.

Carefully lift two slices of the soaked brioche out of the dish and add to the frying pan.

Fry for three mins on each side, until golden and crisp, then place on a wire rack over a baking tray in a warm oven while you repeat with the remaining slices.

Serve dusted in icing sugar and scattered with fresh berries, if you like.

It also goes well with cream, jam or a fruit compote.

Or, you could serve it with a caramelised banana, cinnamon sugar, and maple syrup. 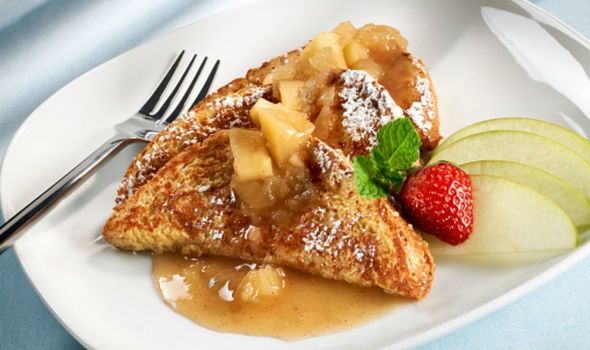 Can French toast be vegan?

Use a cup of unsweetened non-dairy milk, a quarter of a cup of corn-starch, some flaxseed, some chia seeds, half a teaspoon of baking powder, two teaspoons of cinnamon, and a teaspoon of vanilla.

Use a thick vegan bread and fry it in vegan butter or coconut oil.